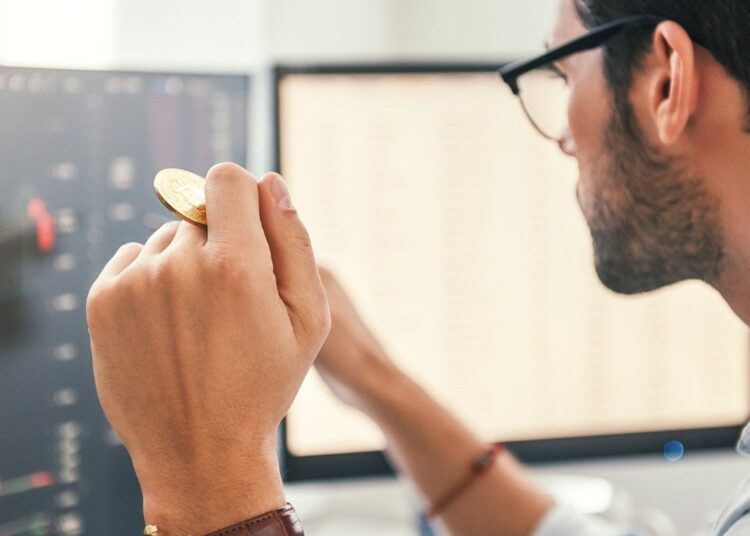 
Bitcoin (BTC) is the granddaddy of cryptocurrencies. The original digital currency launched in 2009 and has already spawned over 15,000 crypto babies. It’s by far the biggest coin by market cap and has grown a whopping 71,256,700% since it first traded.

According to CoinMarketCap data, Bitcoin has gained almost 100% so far this year. Many other cryptocurrencies have performed much better than that, but very few have consistently been able to generate strong returns year after year. This is why it is advisable to keep a proportion of your crypto portfolio in safer coins like Bitcoin.

It’s fun to look at which cryptos have produced extraordinary returns this year, but we should also consider which ones might continue to produce results for long-term investors. Here are four cryptos that blew Bitcoin out of the water — and may also be part of a long-term crypto landscape.

Who would have thought a game involving cute blobby cartoon characters would grow into a billion dollar enterprise with over 122,000 users? Axie Infinity did exactly that. The reason? It popularized a new type of gaming called play-to-earn which has changed the way people think about gaming.

Instead of gaining points that are only good for bragging rights in the real world as you might in a traditional game, Axie players earn AXS or SLP tokens that can be exchanged for real cash.

Non-fungible tokens (NFTs) are central to the growth of blockchain gaming. The ownership information is coded into the token, so it has value outside the game. For example, Axie Infinity players can use their Axie NFTs to breed, battle, and complete quests. Since each one is a unique player-owned NFT, it can also be sold in the marketplace.

Ethereum is the second biggest currency by market capitalization. There’s regular speculation in crypto circles that it might eventually overtake Bitcoin, an event that’s referred to as “the flippening.” In spite of strong gains this year, with a market cap of around $540 billion, Ethereum has a long way to go before it reaches Bitcoin’s $1 trillion.

Ethereum was the first cryptocurrency with smart contract capabilities. It’s a programmable blockchain that can run other applications, making the Ethereum network the engine room that powers much of the decentralized finance system.

However, it has been a victim of its own success as the network is currently heavily congested and plagued with high transaction fees. It’s in the process of an upgrade to Eth2, which — assuming all goes well — should help its performance. In the meantime, other cryptos have stepped up to the plate.

Solana is another of 2021’s stand out cryptocurrencies. Its fast processing speed and low transaction costs have attracted investors and developers alike. Like Ethereum, it is a smart contract crypto. Unlike Ethereum, which processes 15-45 transactions per second (TPS), Solana can handle about 50,000 TPS. Right now there are over 500 projects running on Solana’s ecosystem while Ethereum has almost 3,000.

Solana has made huge strides forward in the past year, but it remains to be seen how it will handle further increases in traffic and demand. Ethereum may have its problems, but it’s been truly battle tested. In contrast, Solana’s platform went down for 17 hours in September after it was overwhelmed by a flood of transactions.

Cardano is a top 10 cryptocurrency that’s not only performed well this year, but could also continue to produce results longer term. It is a programmable blockchain that’s taken a slow-and-steady approach to development. Each step is peer-reviewed before implementation, which has earned the project its share of both fans and critics.

One of Cardano’s biggest strengths is its partnerships with various governments and organizations in Africa. For example, it has a partnership with the Ethiopian Ministry of Education to store students’ academic records on the blockchain. Many blockchain applications are focused inward on other cryptos, so it’s good to see these real world use cases.

A quick analysis of the top 100 coins by market cap shows that 79 of the top 100 coins outperformed Bitcoin in 2021. In fact, 30 of them produced returns of over 1,000%. Those eye-watering returns have tempted a lot of investors to open their first cryptocurrency exchange accounts.

The trouble is that it’s not really a fair comparison. Bitcoin is a much safer and more established investment. Some see it as a form of digital gold or a store of value, which is a very different asset than, say, an online game like Axie Infinity.

People who buy less established cryptocurrencies may be successful in getting in on the ground floor (like early Bitcoin investors did) and making significant gains. But in doing so, they take on a lot more risk — for every crypto that produces gains of over 1,000%, there are several more that failed altogether or posted significant losses.

As an investor, only you know your financial goals and overall strategy. But it is important to understand the risks involved and do your own research before jumping in. The four coins above are all good coins to have on your radar for the longer term. Just don’t buy them hoping for another 23,000% gain.

Read More:4 Unstoppable Cryptos That Have Left Bitcoin in the Dust

Another ENS Airdrop May Be Coming After The First One Gifted Up To $84,000 To Past Users |