A drug bust in Bengaluru opens a can of bitcoins 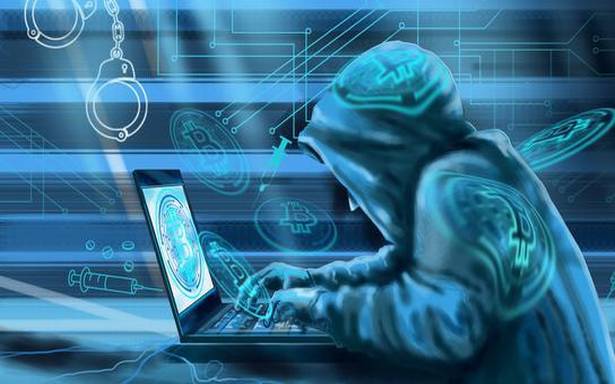 Sri Krishna Ramesh alias SriKi, a 26-year-old hacker from Bengaluru, is at the centre of a bitcoin corruption storm in Karnataka that has emerged as a serious headache for the Basavaraj Bommai government. K.V. Aditya Bharadwaj profiles the young man’s unquenchable thirst for chasing bitcoins, drugs and trouble

Self-proclaimed hacker Sri Krishna’s capacity to churn political waters belies his youth. At the age of 26, the computer science graduate from Bengaluru — who was caught in a drug bust last year where transactions were made in cryptocurrency — has become the centre of an alleged bitcoin scam. It has shaken the Basavaraj Bommai-led Bharatiya Janata Party (BJP) government after he took charge as Chief Minister in July.

Questions have been raised after the Leader of Opposition and former Chief Minister Siddaramaiah claimed that “influential Karnataka politicians” are involved in the drug and cryptocurrency scam. Political circles were abuzz with rumours of bitcoins belonging to Sri Krishna, or SriKi as he is called, disappearing while he was in custody. But the answers are proving to be elusive, the trail as shadowy as the world of cryptocurrency.

As he walked out of prison on November 10 on bail, the media asked a visibly fidgety SriKi about the allegations and counter-allegations that have allegedly even reached the Prime Minister’s Office. He dismissed the claims as “bogus, a nuisance”. “Big people take big names,” he said with a smile.

Bommai, fresh from a setback with a defeat in the bypolls in his home district, has had to battle allegations of a “cover-up of a bitcoin scam” by the State police when he was Home Minister under then Chief Minister B.S. Yediyurappa. He reportedly complained to the party high command against two of his cabinet colleagues, both aspirants for the Chief Minister’s chair that he eventually won, for “spreading canards about him in the bitcoin scam.”

SriKi’s voluntary statement written while in police custody has further muddied the waters even though it has no evidentiary value and his lawyer says he will deny it in court. In his statement he claimed he was part of several bitcoin exchange hacks including the infamous 2016 Bitfinex hack, one of the largest cryptocurrency heists in the world. He claimed to have stolen over 5,000 bitcoins. However, the police have not charged him for these specific claims on the grounds of lack of evidence.

Is it self-aggrandisement on the part of a young hacker, or is there a kernel of truth to this? The ‘scam’ has since taken a life of its own. It is now alluded that “two top BJP functionaries in the State” and several senior police officials have been the beneficiaries of “thousands of bitcoins” that were diverted to their accounts for a cover-up. Not even the Opposition Congress explicitly made this allegation on record for want of documents to back the claim.

Political circles in Karnataka are abuzz that Prime Minister Narendra Modi’s office sought details of the case after it was tipped off by U.S. investigating agencies. However, there is no independent confirmation of the same. An RTI activist, A.R. Ashok Kumar Adiga, claimed he lodged a complaint with the PMO in May 2021.

It began with a cannabis case last November. Suspecting the contents of a parcel of organic coffee to contain narcotics, a customs inspector at the Foreign Post Office, Chamarajpet, laid a trap. The parcel was addressed to one Arnav Gowda. On November 4, 2020, officials caught the person who arrived to collect it, Sujay Raj.

Among the contents was 500 grams of hydro cannabis ordered on the darknet. The Kempegowda Nagar police who took up the probe uncovered a larger network of people who regularly partied together. Cops said they procured narcotics from dealers on the darknet using bitcoins as a mode of payment. A police head constable was involved in ensuring that their parcels evaded the authorities here.

The case was transferred to the Central Crime Branch (CCB), a specialised investigation wing of Bengaluru City Police. Their probe into the bitcoin angle took them to Sri Krishna Ramesh, then 25, son of a chartered accountant from Jayanagar, an upper middle-class locality. He was arrested on November 18. “As soon as we brought him in, he started singing. The claims he made shocked us. He said he hacked several poker websites and bitcoin exchanges. He also confessed to have hacked into the State government’s e-procurement site and stolen ₹11.5 crore. There was a case pending with the CID. We realised we had arrested a high profile hacker,” said a senior CCB official.

In his voluntary statement, SriKi claims to be a child prodigy who “learnt basics of web exploitation, java, reverse engineering and wrote my first bot for a game called RuneScape” when he was in Class IV. Between Classes IV and X, he claimed to have joined an Internet Relay Chat (IRC) channel ‘h4cky0u’, a community of over 50,000 black hat hackers and was promoted to be a moderator when he was Class IX. “While running the IRC network, I made several internet friends who changed my life by mentoring me in various aspects of crime, specifically financial, yet not unethical,” the statement said.

“He was a nerd in school and was called ‘freaky SriKi’ by other kids who harassed him. This left a lasting impression and shaped his personality in many ways,” a senior police official who interrogated him multiple times told The Hindu. SriKi claimed to have been habituated to drugs while in pre-university. He started ordering narcotics from the darknet, and ran away to the Himalayas when he was 17 years old, but was brought back home by the police.

Though he joined an engineering course, he dropped out as the “syllabus was too elementary”, he told the police. He later went to Eindhoven University of Technology, Netherlands where he completed his BSc. in Computer Science.

SriKi claimed that while in the Netherlands, his driver, who would chauffeur him “around the country to deal in cash exchanges” stole bitcoins worth U.S. $3 million which he had accumulated through hacks. Starting from scratch, he described how he expanded his network of friends to Italy, Switzerland, Sweden, France and Germany. “This network of bitcoin traders quickly allowed me to recuperate my losses by marginalised trading after the hack of an exchange (Bitfinex),” his statement read.

He was a co-accused in an assault case in February 2018 involving Omar’s brother Mohammed Nalapad at the city’s posh UB City. He fled the city and was on the run in north India for six months till he secured bail in the case.

The CCB has not questioned the Nalapad brothers in either the drug bust or the cyber crimes case against SriKi. The hacker claimed that he disassociated himself from the brothers after the assault. Police said their probe revealed the same.

On his return to Bengaluru, SriKi acquired a new set of friends and hung out with a contractor Suneesh Hegde, his cousin Prasidh Shetty and others, all co-accused in the case now.

Hegde told the police that they used to live at star-hotels, and while partying, Sri Krishna would hack poker websites, showing them the card of the opposite player helping them win big. “He claimed to have hacked and stolen several bitcoins and promised to give them to me. So I have till now spent over ₹2 crore on him,” Hegde claimed in his statement.

However, eventually the two reportedly fell out as SriKi did not deliver on the promises he made. The duo are accused of carrying out ransomware attacks on several websites and fleecing money.

A key witness in the case, Robin Khandelwal, 32, a bitcoin trader from West Bengal, told the police that SriKi befriended him online. The young hacker offered to sell 900 bitcoins he claimed to have stolen. He described how Sri Krishna convinced everyone to support his lifestyle by promising a huge windfall in bitcoins. But he did not part with any of it leading to bitter tiffs within the gang. Things came to a head when Hegde allegedly decided to ‘do something about this’.

Khandelwal claimed that when he was in Bengaluru for a visit, Hegde took him and SriKi to his flat and forced them to remain there in an attempt to wrest the bitcoins from them. “Sri Krishna told me, ‘Let us not give the bitcoins I have to Hegde and his friends’. He suggested we flee from the balcony and we did that,” he said in the statement.

In his statement, Sri Krishna said Hedge earned his loyalty and respect “since he seemed like a guy that could be trusted”, but added: “Little did I know that there lived a demon inside him waiting to extort the living hell out of me.”

Khandelwal has since emerged as a key witness in the case as the hacker traded most of his bitcoins at his firm Robin Online Services. He told the police he has done business worth over ₹8 crore with SriKi. The latter would send him bitcoins with instructions to credit money into his friend’s accounts as he held no bank account. Khandelwal claimed he even booked a chartered flight for SriKi when he was on the run in the 2018 UB City assault case.

In search of evidence

SriKi claimed he was part of the group that hacked the cryptocurrency exchange Bitfinex in 2016. A total of 1,19,756 bitcoins were stolen in this hack. He told the police the “exchange was hacked twice” and in fact he was “the first person to do so”. The “second hack was led by two Israeli hackers working for the army.”

Read More:A drug bust in Bengaluru opens a can of bitcoins

What Ethereum 2.0 Looks Like As Vitalik Buterin Celebrates Its Birthday

What Ethereum 2.0 Looks Like As Vitalik Buterin Celebrates Its Birthday