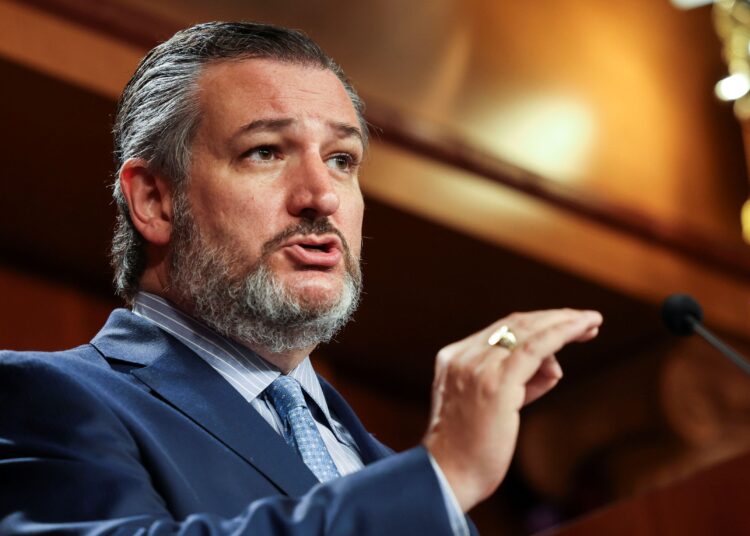 AUSTIN, TEXAS – The Texas power grid is struggling with fluctuating energy prices and sporadic service, but the state’s growing bitcoin mining community believes it can help fix it.

Republican Sen. Ted Cruz agrees. “A lot of the discussion around bitcoin views bitcoin as a consumer of energy,” said Cruz at an event in October. “The perspective I’m suggesting is very much the reverse, which is as a way to strengthen our energy infrastructure.”

The grid is called ERCOT — short for the Electric Reliability Council of Texas, which is the organization tasked with operating it — and it’s fussy and temperamental.

ERCOT powers about 90% of the state, but to run smoothly, it requires a perfect balance between supply and demand. Having too much power and not enough buyers is just as bad as everyone wanting to fire up their AC units on the same day in July.

Maintaining that balance has proven to be a real challenge this year, and Texans are feeling it.

The price of power per hour is all over the place, routinely going negative. Rolling blackouts at moments of peak power consumption no longer come as a surprise. A lot of people lost faith in the grid altogether after a winter storm earlier this year resulted in a multi-system meltdown that “was within minutes of a much more serious and potentially complete blackout.”

Crypto enthusiasts believe the fix to this problem is actually to add another electricity consumer into the mix — a buyer who will take as much power as they’re given, whatever the time of day, and are just as willing to power down with a few seconds’ notice. These flexible buyers are bitcoin miners.

Mining for cryptocurrencies is the computationally intensive process by which new tokens are created and transactions of existing digital coins are verified.

At the Texas Blockchain Summit in October, Cruz pointed to the ability of bitcoin miners to turn their rigs on or off within seconds — a feature that is hugely beneficial during times when energy needs to be shifted back to the grid to meet demand.

“If you have a moment where you have a power shortage or a power crisis, whether it’s a freeze or some other natural disaster where power generation capacity goes down, that creates the capacity to instantaneously shift that energy to put it back on the grid,” Cruz said of the ability of bitcoin miners to shut down their operations within seconds.

But not all are convinced that bitcoin miners are the solution.

“Miners are a strain on the grid, not a help,” said Ben Hertz-Shargel of Wood Mackenzie, a provider of commercial intelligence for the world’s natural resources sector. Hertz-Shargel is concerned that bitcoin mining would only raise peak demand, ultimately adding stress to the system.

ERCOT has a heartbeat. That may sound like a romantic metaphor, but it actually gives off a hum like when a guitar isn’t properly plugged into an amp.

It’s the sound of 60 hertz, a frequency common to all grids in North America. A steady tone means there’s as much electricity going onto the grid as there is coming off it. If the power supply surpasses customer demand, the beat speeds up. If customers use more power than what’s available on the grid, the heartbeat slows down.

The grid can manage small gyrations to its heartbeat, according to Shaun Connell, the EVP of power at Lancium, a Houston-based energy tech company that specializes in bitcoin mining. But Connell tells CNBC that when ERCOT’s grid pulse falls to 59.4 Hertz or below for more than nine minutes, machines start to protect themselves by automatically shutting off and disconnecting from the grid. In some cases, that might mean power plants going dark.

If the heartbeat falls even farther than that, it could trigger a “heart attack” scenario. Think grid-wide blackout and a hard restart of the whole system.

These fluctuations also correspond to the grid’s volatile price swings. Connell tells CNBC that in 2020, the price of energy in West Texas was negative between 10% and 20% of the time. The price dips below zero when supply outpaces demand.

So far this year, the price of power per hour has been negatively priced 9% of the time, while 5% of all hours this year have peaked above $100.

Extreme tails like the ones shown in the chart below aren’t a good thing.

The trouble with ERCOT

Keeping a steady heartbeat is tough for ERCOT for a couple of reasons.

For one, the Texas grid functions as its own isolated and deregulated electrical island. Unlike the rest of the continental U.S., which belongs to either the Eastern or Western interconnection (the names of the two American power grids linking states), 90% of Texas runs on ERCOT. This means ERCOT cannot quickly turn to neighbors for help when large generators trip offline or renewables do not deliver as expected. This can prove especially problematic when there’s a natural disaster, like the winter storm in early 2021.

ERCOT’s market-driven approach to energy planning shows up in another feature – and occasional shortcoming – of the grid: Its “just-in-time” delivery model. At the best of times, this saves everybody money. No one needs to hoard backup fuel when Texas’ elaborate underground maze of wells and pipes can deliver it on demand. But February laid bare the worst-case scenario, when the state’s natural gas production (burning natural gas is a major source of electricity for the state) fell by almost half during the cold snap.

Third, Texas is flush with renewables and rapidly onboarding these inherently unstable sources of power to its grid. While this is helping to decarbonize ERCOT by replacing less environmentally friendly power sources like coal and natural gas with wind and solar, renewable energy is unpredictable. At any given hour, it could be breezy and sunny, or it could be cloudy with no wind, meaning the grid has to brace for all renewable energy to go offline at any point and have a backup power source on deck.

Finally, the state’s biggest population centers are often far from where power is generated. For example, low-cost renewable energy sites stretch across West Texas, hours from major hubs like Dallas and Austin.

Or take the rural town of Rockdale. It was once home to the largest aluminum plant in the world, run by Alcoa. But starting in 2008, it began to shut down its operations. That energy capacity was going to waste, as it would’ve been prohibitively expensive to build the transmission capacity necessary to carry it to major population centers. The arrival of crypto miners helped to resolve that imbalance by consuming the surplus energy.

To ensure grid reliability at all times, demand must be even with supply. ERCOT operators can tinker with the supply side, spinning natural gas turbines up or down on short notice to make up for the volatility of renewables, but typically, grid operators aim to reduce customer demand to maintain balance.

Through established “demand response” programs, ERCOT will actually pay major industrial users to cut power. If that curtailment does not prove sufficient, the grid can also request that residential buyers conserve their power use voluntarily. And when all else fails, ERCOT can run rolling blackouts, shutting down different parts of the state in quick succession — but with no one patch suffering an outage for an extended period of time.

The problem with that first — and best — option is that many of these arrangements between ERCOT and energy buyers require response times of ten to thirty minutes. But because ERCOT is going it alone, the grid requires a much faster reaction, sometimes in the range of sub-seconds, according to Lancium’s Connell.

This is where bitcoin mining comes into play. Miners function as “interruptible load,” meaning they are able to turn off all of their machines with a few seconds’ notice when the grid is in a pinch and needs the extra power. Bitcoin has no uptime requirement, nor is the gear worn down by regularly powering off and on.

It also makes good economic sense for the miners. Miners commit to buying a certain amount of power, and either use it for mining if the grid doesn’t need it, or sell it back at a profit if the grid demands it.

Transmission towers are shown on June 15, 2021 in Houston, Texas. The Electric Reliability Council of Texas (ERCOT), which controls approximately 90% of the power in Texas, has requested Texas residents to conserve power through Friday as temperatures surge in the state.

“Imagine how much you would have to pay Amazon to say, ‘Hey, there’s too much demand for power. Please power down your data center,'” said bitcoin mining engineer Brandon Arvanaghi, who now runs Meow, a company that enables corporate treasury participation in crypto markets.

“But it can do that with bitcoin very easily, because all you have to do is pay the miners slightly more than what they would have made mining for bitcoin that hour,” continued Arvanaghi.

Even bitcoin miners that haven’t cut a deal with ERCOT sometimes voluntarily power down at times of peak consumption when prices shoot higher.

Lancium is building bitcoin mines where wind and solar are abundant and the transmission system is constrained, meaning that power wants to flow down the line, but the lines are full.

As Lancium Chief Executive Officer Michael McNamara describes it, these sites act like a large power station but in reverse. The mines will absorb abundant renewable energy at times when supply outpaces demand, thereby monetizing these assets when there are no other buyers. And on the flip side, the mines will incrementally ramp down their energy intake, as demand on the grid rises.

In a sense, you can almost think of bitcoin miners as temporary buyers keeping these energy…

‘A perfect storm’ as bitcoin stages weekend crash that puts it on verge of ‘breakdown.’

DIY Bitcoin Nodes — A Project Anyone Can Do

If you were one of the many thousands that attended or watched the livestream of Bitcoin 2022, then right...