Could Bitcoin Prices Benefit From The Lackluster November Jobs Report? 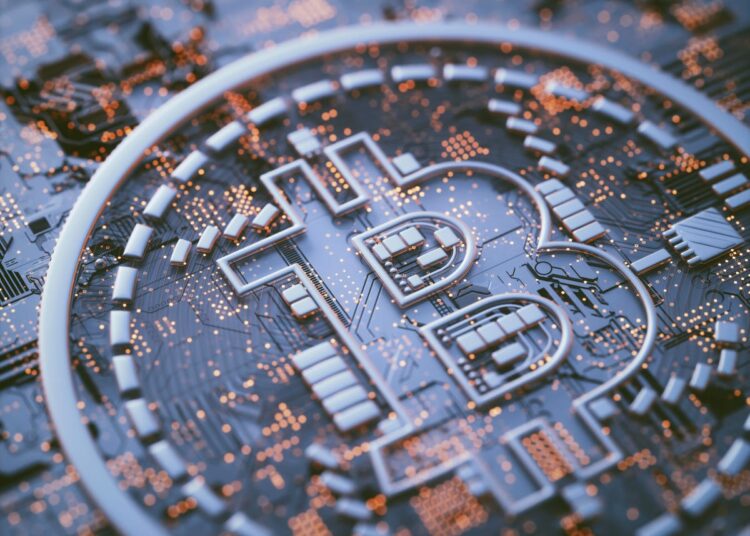 
Today, the U.S. Bureau of Labor Statistics (BLS) released disappointing figures for November jobs growth, a development that could potentially affect the tapering decisions made by Federal Reserve policy makers.

The BLS reported that U.S. nonfarm payrolls rose by 210,000 in November, a figure that fell far short of the 573,000-job increase predicted by a Dow Jones survey.

If these government officials opt to reduce stimulus more slowly because of lackluster economic data, could these actions provide tailwinds for bitcoin prices?

[Ed note: Investing in cryptocoins or tokens is highly speculative and the market is largely unregulated. Anyone considering it should be prepared to lose their entire investment.]

They could, according to Ben McMillan, CIO at IDX Digital Assets, who emphasized the key importance of central bank policy.

“Especially as bitcoin is coming off a recent rally on the back of broader enthusiasm around adoption (namely the launch of Bitcoin futures ETFs), all eyes are now on the Fed and specifically how aggressive the taper of asset purchases might be,” he said.

“Also, bitcoin is increasingly competing for asset flows into Ethereum, DeFi and Metaverse related investments so a less aggressive taper of the stimulus would likely provide a welcome tailwind for the price of bitcoin.”

Peter C. Earle, who is an economist at the American Institute for Economic Research and also writes for Bitcoin Magazine, also weighed in on the situation.

“Tapering is the gateway to normalizing interest rates,” he noted.

“The Fed can’t begin raising rates (a contractionary policy move), whether to gain policy headspace or to fight inflation, until it ends the purchase of securities in the open market (an expansionary policy measure).”

“If the Fed were to decide to postpone the taper in order to provide continued support to a weakening recovery, it would be a great boon for crypto assets,” Earle stated.

“In many ways Bitcoin and other cryptocurrencies have become complements to gold, silver, and other traditional inflation hedges rather than a substitute medium of exchange.”

“The continuation of quantitative easing would likely exacerbate the already considerable inflationary draft, driving more investors and institutions into the crypto space,” he said.

“Markets responded positively across the board following the jobs report this morning, but the rally was very short lived,” he noted.

“Equities and Bitcoin quickly resumed their selloffs, and the VIX (S&P 500 Volatility Index) has reached its highest level since January.”

“Liquidity across asset classes is being withdrawn as investors brace for a potential Fed taper,” said LeClair.

“During liquidity events, correlations across asset classes trend to 1.0, and the recent market movements are what the beginning of a deleveraging event tend to look like.”

He also spoke to how global economic conditions could prove beneficial for the world’s most valuable digital currency by market value.

“It’s important to remember that with real rates severely negative, every asset on the planet is functionally part of the global ‘everything bubble’ and every investor is looking to protect and grow their purchasing power against central bank monetary debasement as well as the counter-party risk associated with deflationary deleveraging that comes with a financial system engorged with debt,” LeClair noted.

“In that sense, Bitcoin is the best asset to own in both outcomes. This is due to absolute scarcity coupled with property rights built into the protocol to eliminate the threat of counter-party risk,” he stated.

Disclosure: I own some bitcoin, bitcoin cash, litecoin, ether, EOS and sol.

Crypto Going Mainstream Could Be Fabulous for Fintech ETF

How a Trash-Talking Crypto Bro Caused a $40 Billion Crash

Do Kwon, a trash-talking entrepreneur from South Korea, called the cryptocurrency he created in 2018 “my greatest invention.” In...

Bitcoin, ethereum and other major cryptocurrencies have been hit by a huge crash over the last week, partly triggered...

Cryptocurrencies like bitcoin were meant to be used as digital cash. Instead, they’ve become popular as speculative investments. As...

Traders have yanked $7bn from Tether since the world’s biggest stablecoin last week briefly lost its peg against the...