Does DeFi Put Your Portfolio at Risk? | The Motley Fool 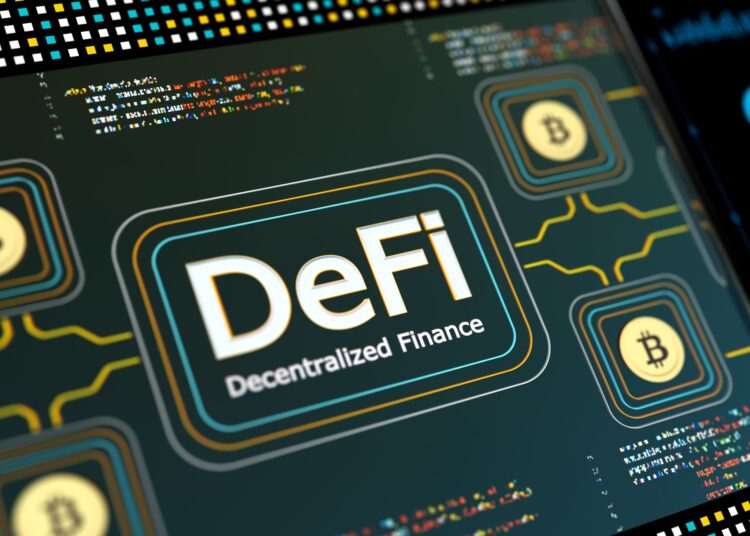 DeFi is generally defined as the process of executing financial transactions without an intermediary, such as a central bank. Through the use of smart contracts, two individuals can transfer funds, lend or borrow money, and earn interest on loans without having to go through a financial institution.

Supporters of DeFi believe it could someday become mainstream, potentially removing the need for central banks and other financial institutions. Could that put your portfolio at risk? Here’s what you need to know. 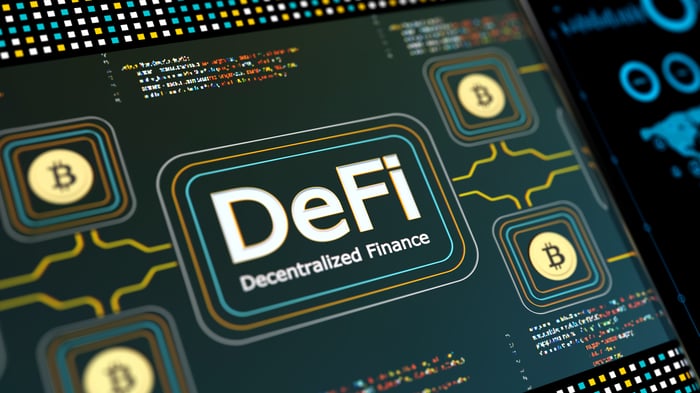 Will DeFi ever become mainstream?

DeFi is still in its infancy. While there’s plenty of room for growth, it will be an uphill battle before it becomes widely adopted.

One of DeFi’s primary strengths is its decentralized nature. It uses blockchain technology to execute transactions, so it’s not controlled by any one company or government. Anyone can transfer or lend money to another party without a bank, making these transactions easier, more affordable, and more accessible.

However, because it’s decentralized, that also means there are fewer protections in place if something goes wrong. Banks are highly regulated, and there are safety nets in the case of fraud or theft. If your bank fails or your money is stolen, you’re protected up to a certain limit. With DeFi, you’re essentially on your own.

Although blockchain technology is known for its security, it’s not immune to hackers and fraud. In fact, DeFi-related fraud and theft have resulted in losses topping $10 billion in 2021 alone, up roughly 600% over last year, according to a report from Elliptic.

In addition, as DeFi increases in popularity, it’s facing stricter regulation from the government. At this point, it’s not a matter of if DeFi is regulated, but when. Tighter regulations could make DeFi safer, but it also means its future is uncertain.

How will DeFi affect your portfolio?

If you own banking or financial stocks, DeFi’s widespread acceptance could potentially affect your investments.

That said, although DeFi is promising, it still has a long way to go before it’s widely accepted. Even if it does become mainstream someday, it will likely take years before it could potentially compete with central banks and financial institutions.

Because DeFi is still highly speculative, it’s unlikely that it will pose a threat to your portfolio at the moment. You could, however, invest a small amount of money in DeFi-related investments to further diversify your portfolio. This way, if it does become widely adopted someday, you’ll reap the rewards. But if it fails, you’ll still have the rest of your portfolio to fall back on.

Ethereum ( ETH -2.43% ) is one of the biggest players in the DeFi space right now, as most applications are hosted on Ethereum’s blockchain. If DeFi eventually succeeds, Ethereum will benefit from it. That means by investing in Ethereum, you can diversify into DeFi relatively easily.

DeFi could potentially revolutionize the financial industry, but it’s still in its infancy. It may take years before it can potentially compete with banks, but it’s never a bad idea to start preparing. By being aware of DeFi’s potential and its shortcomings, it will be easier to prepare your portfolio for anything.

Why Bitcoin, Ethereum, and Solana Are Plummeting Today | The Motley Fool

Why Bitcoin, Ethereum, and Solana Are Plummeting Today | The Motley Fool