Remitting money home? Use official channels and get incentives in Sri Lanka 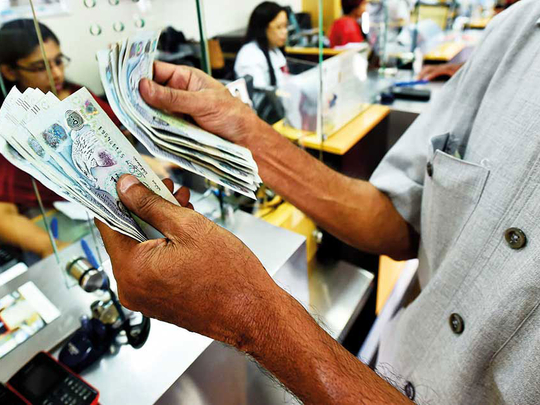 Sri Lanka is offering incentives for migrant workers who remit funds through official channels in an attempt to crack down on illegal transfers and replenish depleted foreign exchange reserves.

Authorities this week said they will pay an additional incentive of 8 Sri Lankan rupees (4 US cents) per dollar for workers’ remittances which are converted in the month of December, in addition to an existing offer of 2 rupees, when such funds are sent through licensed banks and “other internationally accepted formal channels”.

Official remittances in September dropped to $353.2 million, from $702.7 million a year earlier, while remittances in the first nine months of this year fell 9.3 per cent to $4.6 billion, according to central bank data.

The sharp drop in remittances could be due to “leakage” through to a grey market, that could be involved in transactions of dubious nature including the drug trade, Cabraal said.

Sri Lanka, which faces $1.5 billion of debt maturities next year, is looking for a revival in its Covid-hit tourism industry with the reopening of the country after extended lockdowns. It’s also depending on increased remittances as more Sri Lankans head overseas to seek employment.

The monetary authority is forecasting foreign reserves to increase to $3.5 billion by end-2021. The pile fell 16 per cent to $2.27 billion in October, the lowest since July 2009.

Bank accounts of those who distribute and receive money through unlawful money transmission methods will be frozen with immediate effect, Cabraal said in a post on Twitter on December 1. He urged all migrant Sri Lankans to use only legal channels to repatriate their earnings.

Read More:Remitting money home? Use official channels and get incentives in Sri Lanka

What Is a Crypto Wallet?

The best Bitcoin wallets for storing and securing your cryptocurrency

The best Bitcoin wallets for storing and securing your cryptocurrency