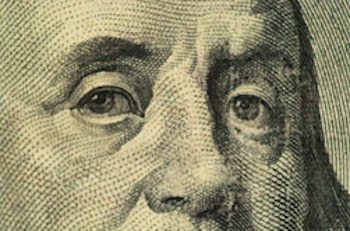 As mentioned in the report, VanEck has filed for a mining ETF, while former Twitter CEO Jack Dorsey appears to be pivoting to BTC. Notably, India has drafted new cryptocurrency regulations, and a Korean Exchange head recently called for crypto integration, meanwhile, Paraguay is considering legalizing BTC mining.

As noted in the report from Blockstream, Bitcoin is currently “on pace to finish the week fractionally lower and likely to post its third consecutive week of declines.”

Global stocks have been bouncing as the Omicron variant “fears faded.” And some major moves in markets throughout the week were seen, the report from Blockstream noted. It also mentioned that USD “remained pretty strong and Bitcoin continued to consolidate around the $57,000 level.”

With Bitcoin down ~ 20% off of the all-time-high three weeks ago and last week’s drop to $53,000, it’s “not surprising to see the fear-and-greed sentiment indicator still buried at the bottom end of the YTD range,” the report added.

As stated in the report, Glassnode noted this week, though, that “the current 20% correction is actually one of the smaller corrections of the year.” The May-July sell-off went “as deep as -54%, September dropped to -37%, and January, February, and April all saw corrections of more than -24%.”

As mentioned in the update. newsflow “accelerated quite a bit this week after a string of mostly lackluster news weeks.”

As noted in the report:

“Following up on news last week that El Salvador would execute a $1B bitcoin bond on the Liquid Network, we had more sovereign adoption news this week. In Korea, the head of the country’s national exchange said that it’s time for South Korea to embrace crypto.”

In India, a new draft bill to regulate Bitcoin “eased concerns around earlier reports of more aggressive regulation, and in Paraguay — home of the world’s largest hydroelectric dam — new legislation has been proposed to legalize Bitcoin mining,” the report added.

As mentioned in the update:

“On the ETF front, Fidelity — one of the world’s largest asset managers — launched a new Bitcoin ETF in Canada while VanEck filed for an ETF backed by Bitcoin mining stocks. Finally, on the corporate side, Jack Dorsey stepped down as Twitter CEO and renamed Square as part of a BTC pivot while Goldman Sachs and other US-based investment banks are said to be exploring BTC-backed loans.”

The update reports that “daily crypto trading in Korea is currently around $12B vs trading on the KOSPI at $16B.”

It also mentioned that the ETFs will have “an annual management fee of 0.4%.” Operating expenses and trading costs are “not yet available as the assets are still new. Over 98% of Bitcoin purchased by the funds is stored in cold wallets.”

Square said Wednesday it will “change its company name to Block which is seen as a reference to a more direct focus on Bitcoin.”

Dorsey has been “an active supporter of Bitcoin over the years.” He has “heavily promoted and supported the development of the Bitcoin Lightning Network and supported Bitcoin developers directly through a unit called Square Crypto (which will now be renamed, rather awesomely, Spiral),” the report added.

He also mentioned that Bitcoin functionality was added to Square’s Cash App. At Twitter, he recently “rolled out Lightning-based tipping, and before stepping down promised NFT (non-fungible token) avatar integration.”

Goldman Sachs is “among a handful of tier-one U.S. banks figuring out how to use bitcoin as collateral for cash loans to institutions.”

Paraguay may be “close to legalizing Bitcoin mining”

It’s worth noting that Paraguay is “one of the world’s largest energy net exporters.” The Itaipu Dam is one of “the largest hydroelectric dams in the world. ” If passed, the bill would allow miners to “move into data centers near power generation facilities.”

Will track an index of companies that “generate at least half of their revenue from digital asset mining activities or mining-related technology,” the report from Blockstream explained.,

Given the reluctance to approve a spot ETF, the team at Blockstream “would expect to see more of this, and for and more capital to get squeezed into listed mining companies” (Could just buy the Blockstream Mining Note instead, the firm noted).

SEC’s Gensler: Bitcoin competes with the US banking system

Gary Gensler said on Wednesday that “Bitcoin was created “as a reaction” to the U.S. monetary system and its worldwide consensus.” Bitcoin is an “off-the-grid” alternative “to the traditional financial system.”

Grayscale “squares off with SEC after latest round of ETF rejections”

Grayscale’s GBTC is “the largest institutional holder of Bitcoin with ~$37B of BTC under management.” Grayscale has previously “expressed an interest in converting the fund to an ETF structure.”

Grayscale maintains that the SEC has “no basis for the position that investing in the derivatives market for an asset is acceptable for investors while investing in the asset itself is not.”

As noted by Blockstream, the current 20% correction is “actually one of the smaller corrections of the year.” The May-July sell-off “went as deep as -54%, September dropped to -37%, and January, February, and April all saw corrections of more than -24%,” the report noted.

Is Life Crypto (LIFE) Worth the Risk Sunday?

Is Life Crypto (LIFE) Worth the Risk Sunday?