When The Politician Is Removed, Knowledge And Bitcoin Will Reign 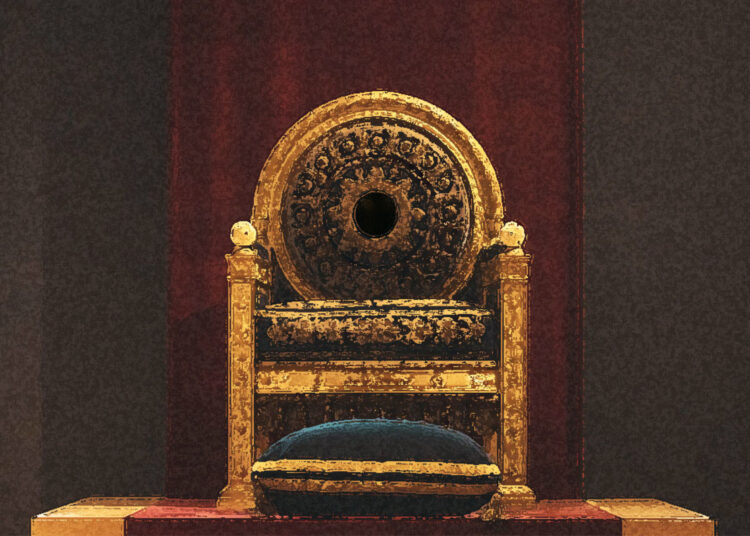 
There are only two men in this world who are paid to steal money: the politician and the banker. One of them claims to be a thief without knowing it, while the other claims to be a thief without wanting to be — that is to say, the one is corrupt within the lawful and the other within the unlawful, with no more difference between them than there is between being dissolute in front and being dissolute behind.

Each one usually has under them a powerful one, and this, in turn, another, and they all get rich on the spoils of the poor, ragged one, they feed on their blood and laugh at their needy pocket.

They all detest decentralization — as parasites enriched at the expense of the public, they fear transparency and as tyrants, they fear the word “freedom.” They hate to accept decentralization and freedom to rule for fear that having to perform their duties to the fullest, they will diminish the privileges derived from their authority, and because their longings as powerful people only seem to be satisfied when they are bought with the life, wealth or reputation of others. Hence, nothing is so useful to us as for politicians and banks not to look too much after their common interests. For, not only is it a very uncommon thing for politics, banking, and disinterested work to go hand in hand, but in both trades one succeeds only by dint of deceit, and kills with a lie in one’s mouth and a knife in one’s hand.

“The conclusion that rulers are, as a rule, bad men, is not based on a single experience.”

The truth is that the universal history of governments is about nothing but money-addicted criminals, who with their care have sent whole peoples out of this world without leaving them with anything to pay even the ferryman from hell. Natural law taught them to live by crime, so that if, one day, they were allowed to do nothing but honest things, there would surely be a lack of people willing to rule over the earth.

Money is the only one of the gods whom they worship and take orders from, and it is usually by means of it that they guide their fanatics, as they put the dagger in their hands. It is because of this that they announce, in strict right, that only their keys can open the locks of other pockets or, rather, of the pockets of the people, who always had and always will have a natural tendency to let themselves be robbed, and to believe that whoever does so is in every right to call it legal.

There is nothing so easy for a government, of course, as to make the will of the people docile by means of the chains of money. And this has been perhaps our greatest calamity throughout the ages: that the thieves always led the blind, that the politician became a pimp, respectable only because of their office and their wealth, and the people a shameless woman who by dint of surrendering herself ended up becoming incapable of denying anything.

For one can condemn politicians when they plunder, but one must never forget that it is thanks to us that they govern, nor forget that as soon as the particular interests of a handful of men legally dispossess thousands of our brothers, the part of the State devoted to sustaining and legalizing it will be the most appalling thing in the human race.

Often, the people are glassy-eyed, and look on injustices with a blind eye, as if they were political wretches, without realizing that in doing so they are only harming themselves, and that by their inhuman indifference they are not only signing the ruin of the State, but also are taking away the clothes of an honest woman, putting on a bra and panties, and prostituting her in a tavern.

not the same to those who have stolen it as is the loss of opportunity for those who have been robbed? And do you know, rather, that it is only the product of the honest work of the worker and the peasant, hardened by calluses and bathed in tears, that pays tribute to your legislative and executive power?

“…for he who naturally and genuinely reverences justice, and hates injustice, is discovered in his dealings with any class of men to whom he can easily be unjust.”

I know many a neighborhood thief who would have enriched their State if they had had the positions of those who have robbed it; who, if they had had money troubles, would never

have stoked the fires of war, the most effective and accurate resource that governments have to convince the people that their misery is a passing evil; who, unlike politicians, would have the decency to take the resources for their vices out of his own pockets. And they would govern on the principle that the State must be respected, and therefore, those who steal from it should be hanged.

But, alas, politics is an activity forbidden to poor devils, and reserved only for multimillionaire criminals, for Caligulas who drink pearls and eat ten of millions of sesterces in a single day, for malefactors who have nothing but accomplices, sensualists who have nothing but companions for amusements, traffickers who have nothing but partners, religious men who have no other office than to congregate the factious, and lazy men who have nothing but idle friends. A bad servant of public affairs would be one with too many scruples, who would begin their service by cutting off the excessive riches of politicians, which produce arrogance and engender noxious power, and under whose impulse they always take flight to take everything with

The very great and powerful have hitherto been nothing but great cheats, who first built the castles of kings and much later thought of building the huts of the plebs, and who

were never satisfied either with the riches of the East or the poverty of the West, because they always coveted with equal eagerness all evils to appropriate the greater part of the goods.

But perhaps there will come a time, fixed by humanity itself, when the politician — the proprietor of injustice, corruption and inequality — will necessarily be annihilated by them and will disappear, and then there will be only one kind of life on the face of the earth, only one freedom, only one currency, and only one form of government of beings speaking the same language.

Then, knowledge will at last reign, and we shall be too intelligent for a government to deceive us again; and though it may take something from us, much more it will have to leave us. We shall not care what our rulers say, still less what their superiors keep silent.

Our best inventions will be garrisoned and defended with walls of men and without any mediation of political parties. We will be excessively careful with the little they will have left us, out of longing for the much they will have taken from us. We will prohibit the use of Bitcoin by bankers and politicians, and in this way we will invite worthy men to make use of that from which we keep the unworthy; or, at least, in this way we will put the government in the hands of people to whom we can entrust our money for the first time.

“Let us save ourselves, brother, from these cruel souls, /

and let leave them finalize without us their miseries”

Civilization always wants a different thing from what governments want: a contrary thing, most of the time. But for some strange reason we are more sensitive to acts against governments than to those committed against civilization and progress, so that we embrace a cloud with ever-increasing ardor, and make mediocrity and incapacity the most natural thing, to such an extent that as we shrink back, we think we are pursuing an ideal, and going after that ideal we think we are always ahead of others.

Since we do not deem it necessary to aspire to much, we make a merit of aspiring to little, and only in this way do we feel part of a serious, rigorous and just State, even if at times it seems to want to play the executioner with us, and to be a little upset if we call it ridiculous, mediocre and unjust. Although, to tell the truth, some of us find it impossible to accept that the State can resemble a foolish boss who gives a wage to one employee while treating the other like a slave; who puts a one-armed man to knead bread, a mute to read to him and a blind man to

manage a bank for him.

On the contrary, there are those of us who believe that the more innovative a government is, the

more it is to gain over foreigners; that very few of the men who now command us do so to render any service to the masses; that it is better to save oneself by distrusting governments

than to regret afterwards having been ruined by them; and that, while it is true that having a government is always necessary, it is much more true that what is best must always speak louder than what is simply necessary. We may not be so wise as those who see nothing wrong in what is happening to us, but at least we are braver than those who see it, but do

“How society goes in this world will be known by anyone who is worthy of a better without my telling him.”

Is it not a thing worthy of weeping that, infinites as the worlds are, we have not learned to govern ourselves even in one? We want to rule men as one rules a beast that is led by the ears, as if we wished…

Read More:When The Politician Is Removed, Knowledge And Bitcoin Will Reign

THETA (THETA): How Risky is It Tuesday?

A The Input-Output Global (IOG) team has said it will postpone sending the Vasil hard fork update proposal because...