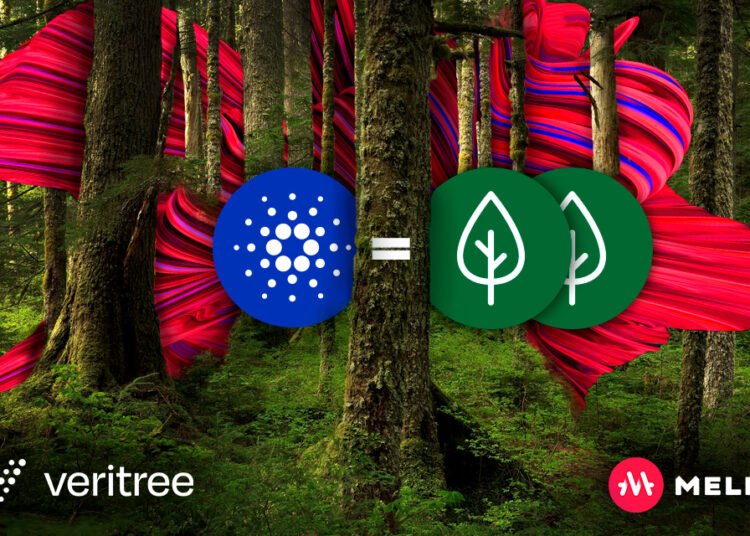 
MELD – launched in July with enough success to have to create 10 stake pools to accommodate its entire ISPO – has teamed up with the Cardano Foundation to assist with its ‘Global Impact Challenge’.

Following discussions over its ‘Cardano Forest’ initiative – a scheme where Cardano’s native ADA token can be used to help plant a million trees – MELD has announced it will keep its pools open for what it describes as an “additional epoch” in order to donate further ADA raised towards the environmental project.

Cardano’s Global Impact Challenge is an invitation to its global community to make donations to Veritree using ADA. Every ADA donated will equate to one tree being planted by Veritree. The project is more than half way to its target, and keeping the MELD stake pools open for an extra epoch to contribute to the initiative could help to see it over the line.

MELD started the ISPO six months ago, with little or no expectation of community interest. However, within the first 24 hours, the overwhelming response was enough to force developers to create up to 10 stake pools.

“We were blown away by the interest people had towards the ISPO model, Cardano, MELD and the greater vision MELD stands for and as a side product to the initiative,” said Ken Olling, MELD’s CEO.

“We’ve had an amazing community be built up, have grown the awareness of new fundraising models, and have attracted thousands of new users into the Cardano ecosystem because of it and we can’t thank you guys enough for all your continued support and effort towards MELD! This is only the beginning.”

The MELD ISPO reached up to 620m $ADA being delegated on Oct 27. This equates to well over a billion US dollars of interest that people had towards MELD and the ISPO model during that time. When MELD launched there were no other ISPOs currently running on the Cardano blockchain. It is understood hundreds have since launched.

Jeremy Firster, Head of Partnerships and Executive Officer of the Cardano Foundation said he was delighted to see MELD take a leading role in support of the Global Impact Challenge and innovations within ecosystem participation.

“Community involvement is the core of what makes Cardano great,” he said.

“The Cardano Forest represents the power of the ecosystem, and what can be achieved by inclusivity and working together towards common goals for a positive impact on society.”

Veritree has pledged to match the trees donated by MELD stake pools. At the current rate, if the MELD stake pools keep more than 200m ADA in their stake pools for the next epoch, that should equate to roughly 250,000 trees planted in total, including the matched trees from Veritree.