Bitcoin surge was a windfall for white supremacists, research finds 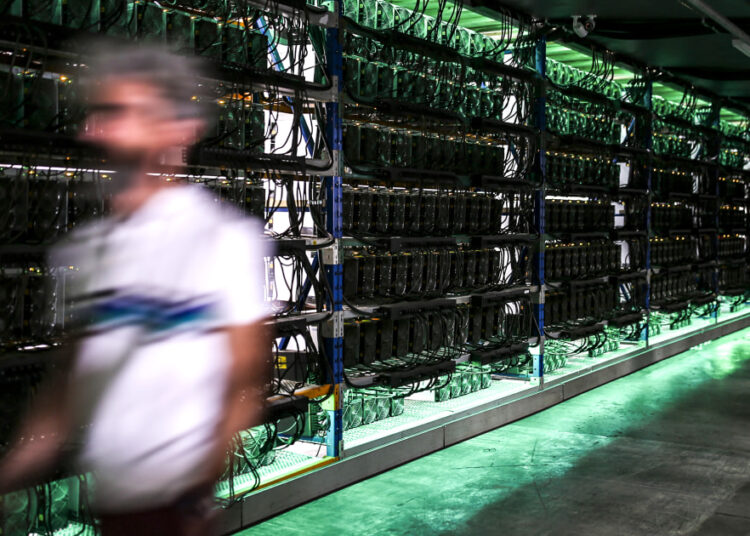 
Some prominent white nationalists invested early in bitcoin and have gotten rich off its sharp rise in value in recent years, researchers say.

Fringe movements have acquired an estimated tens of millions of dollars in bitcoin and other cryptocurrencies, according to a study released Thursday by the Southern Poverty Law Center.

While bitcoin today is used more as an investment asset than a functioning currency, its early adopters promoted the fact that it was a way to conduct financial transactions without any involvement from banks.

For some neo-Nazis, that dovetailed with antisemitic conspiracy theories about the financial system, said Megan Squire, the center’s senior fellow for data analytics and a co-author of the report.

“There’s a pretty strong libertarian streak that runs through the far right,” she said. “Crypto looked to them like an interesting toy and a way of being in charge of their money and not having to use central banking. Then when you layer the antisemitism, on top of that, as in ‘the banks are controlled by the Jews,’ it makes a lot of sense why these early adopters, these libertarian-styled guys, would get involved in Bitcoin so early.”

The cryptocurrency world has grown swiftly in recent years, moving far beyond bitcoin to include a wide variety of alternative digital currencies and blockchain-based systems. Blockchain is a concept in which computer networks work together to create distributed systems that can be used to keep track of everything from digital currencies to ownership of digital art.

That growth has coincided with the rapid appreciation of bitcoin. A single bitcoin is now worth about $47,000. Two years ago, the price was closer to $7,000.

Squire and the report’s other co-author, Michael Edison Hayden, a senior investigative reporter with the Southern Poverty Law Center, said they had identified more than 600 cryptocurrency addresses used by white supremacists and far-right extremists including many high-profile personalities who have reaped major windfalls by soliciting donations in bitcoin.

“Any video streamer that you look at, any of the blogs that you go to, any of their Telegram channels, they all have Bitcoin addresses or some kind of crypto address where they take donations,” Squire said.

“They all rely on Bitcoin at this point. That was not the case four years ago,” she said.

But while some cryptocurrencies are designed to be anonymous, most, including bitcoin, make every transaction public. The same method that Squire and Hayden used to compile the report makes many white supremacists’ cryptocurrency transactions visible to anyone who wants to look at an account’s activity.

“The list of 600 addresses we analyzed is just a big list that I made of who owns what, and the way that we get those is just watching these guys tell each other where to send the money,” Squire said. “It’s just literally just looking this stuff up on this public ledger.”

Brandy Zadrozny is a senior reporter for NBC News. She covers misinformation, extremism and the internet.