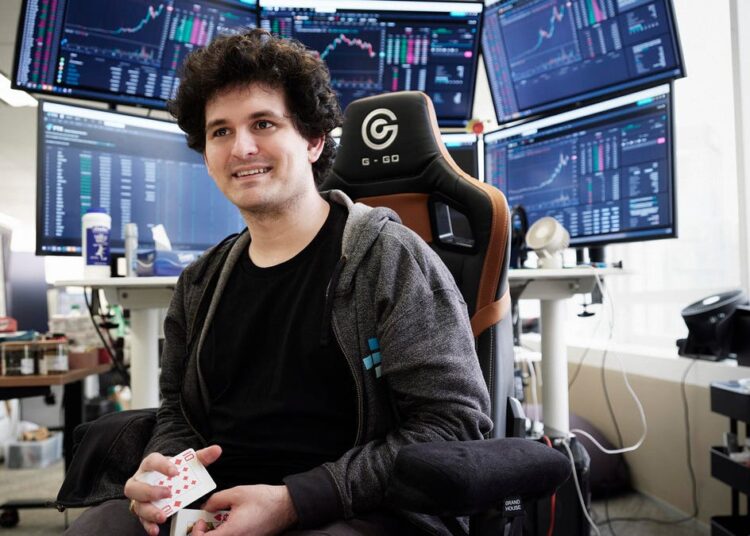 
Regulatory uncertainty and travel restrictions are forcing the city’s crypto elites to shift their operations to more hospitable jurisdictions.

Sam Bankman-Fried’s time in Hong Kong was relatively brief, but incredibly lucrative. In the three years he spent in the city, the unabashed workaholic known for sleeping in his office established FTX, a crypto derivatives exchange that quickly became one of the world’s busiest trading outlets. And the success of that business turned Bankman-Fried into the richest person in crypto at the age of 29 with a $26.5 billion fortune. And then he left.

In September, Bankman-Fried jetted off to the Bahamas for good. His legions of social media followers were surprised by the unfamiliar sight of him donning a suit as FTX’s management team welcomed the country’s prime minister to their new headquarters. Why the Bahamas?

“It’s really important that we have long-term regulatory guidance and clarity,” he said from the company’s office in the Caribbean archipelago. “Hong Kong has not yet drafted the actual bill…there’s uncertainty about exactly how that is going to turn out.”

Hong Kong has developed into a hotbed for blockchain and crypto-related businesses. Many of the global elites from the crypto industry got their start in Hong Kong, including exchanges Crypto.com, BitMEX, Bitfinex, OSL and others. The world’s largest stablecoin, Tether, was launched from Hong Kong. And the city notched up an astounding $60 billion worth of incoming cryptocurrencies between July 2020 and June 2021, according to blockchain data firm Chainalysis.

But regulatory uncertainty in Hong Kong combined with strict quarantine requirements have become catalysts for some crypto companies to shift their operations to other markets where regulators are moving more swiftly to roll out rules that support the nascent industry.

Singapore is the nearest such location and it managed to attract a veritable who’s who of the crypto billionaire ranks. Since the city-state opened its door to “crypto tokens” in January 2020, Brian Armstrong’s Coinbase, Changpeng Zhao’s Binance, Cameron and Tyler Winklevoss’ Gemini have already set up business units and applied for licenses to operate there.

The Monetary Authority of Singapore (MAS) said that it’s already received 170 applications for crypto-related service providers as of July. Although the financial regulator has turned down two applicants so far, three other candidates, Australia-based exchange Independent Reserve, the brokerage arm of DBS Bank and Singapore’s fintech company Fomo Pay, announced over the past three months that they had secured licenses. Coinhako also said in November that it had received in-principle approval from MAS, making it the latest to begin operating as a regulated crypto exchange in the country. So far, around 70 crypto-related service providers have been granted temporary exemptions that allow them to operate without a license for six months.

Crypto.com, the world’s third-largest spot exchange by 24-hour trading volume, according to CoinGecko, shifted its headquarters this year from Hong Kong to Singapore. Eqonex Group, a Nasdaq-listed digital asset financial services firm, established its crypto derivatives exchange last year in Singapore rather than Hong Kong, where it operates much of its other businesses. The firm, formerly known as Diginex, cited Hong Kong’s regulatory regime which bans crypto derivatives and limits trading services to professional investors.

“These were the two things that we really didn’t feel were the right way to go, and in fact were contrary to the way that we had designed our products,” said Richard Byworth, CEO of Eqonex Group.

Hong Kong introduced an opt-in licensing regime in 2019 for platforms that allow investors to buy and sell security tokens, which are traditional stocks and bonds in a digital form. At the time, most cryptocurrencies fell outside the scope of the framework. Furthermore, licensed exchanges are only allowed to serve professional investors with a portfolio of at least HK$8 million ($1 million) in liquid assets. They are also banned from offering traders access to crypto futures and derivatives.

So far, the only firm to be granted a license under Hong Kong’s voluntary regime is crypto trading platform OSL. The Securities and Futures Commission (SFC) said in November that it has applications from several other firms under consideration.

Now, the city’s regulators are discussing the possibility of a compulsory licensing regime for exchanges that offer virtual asset trading, including bitcoin and others that were previously excluded. The proposal, however, still suggests limiting exchanges operating in Hong Kong to only offering services to high-net-worth individuals. The restrictions on crypto derivatives are also likely to apply on licensees under the new regime.

“Frankly, it’s not an easy set of rules to comply with. But what the Hong Kong regulations have done is deliver, in my mind, the highest level of investor protection in digital assets anywhere in the world,” said Wayne Trench, CEO of OSL.

But others contend the policy will result in retail investors taking even greater risks if their only option is to resort to using unregulated exchanges to buy and sell cryptocurrencies in Hong Kong. “As much as you want to ban it, people will always find a way to buy crypto, and they will do it somewhere else,” said Henri Arslanian, crypto leader of PwC based in Hong Kong. “It’s just the reality of it, which puts the public more at risk ironically.”

Nearly one-third of Hong Kong’s residents are estimated to have invested in, transferred, or exchanged cryptocurrencies for goods and services, according to a newly published survey by payments giant Visa. Among developed markets, Hong Kong was ranked only behind the U.S. in terms of its residents engagement with the digital assets, the survey shows.

The SFC said last month that they are currently reviewing the rules that block retail investors from using crypto trading platforms as part of its efforts in maintaining a practical approach toward providing a “well-defined” regulatory environment.

Byworth of Eqonex said Hong Kong still has other policies in its favor that make it easier for the city’s businesses to recruit and retain international talent. “Even if Hong Kong goes down on a road of restrictive regulations around crypto and loses a lot of people to Singapore, the city can take quite a lot of market share back at any moment when it decides to change course and reverse into a more flexible regulatory regime,” he said.

It’s not just the regulatory framework that matters, but also the pandemic travel restrictions that have an impact on Hong Kong’s appeal as a place to do business. The city’s “zero infection” strategy has become a major obstacle for many of the businesses based there. Residents returning to Hong Kong face a mandatory hotel quarantine period of up to three weeks.

The Asia Securities Industry & Financial Markets Association, a lobby group representing some of the world’s biggest banks, said Hong Kong’s status as a financial center was at risk because of its “highly restrictive” quarantine policy. The group said in October that 48% of the companies polled in a recent survey were contemplating moving staff or functions away from Hong Kong due to the uncertainty over when the restrictions would be lifted.

Meanwhile, Singapore has already opened its border to vaccinated travelers from at least 18 countries. Aside from starting to ease travel restrictions, the city-state’s proactive stance on regulation makes it more attractive as other jurisdictions move in the opposite direction. Singapore is gaining headway as some nearby countries, such as China and South Korea, clamp down on their domestic crypto industries. China recently banned all cryptocurrency transactions and mining, and South Korea shut down nearly 40 exchanges deemed unqualified in September.

Coinbase’s debut in Japan in August shed a positive light on the country, which has been at the forefront of regulating crypto assets since 2017 following the $460 million bitcoin hack on local exchange Mt. Gox. But crypto-related crimes are still a problem for Japan, where trading platform Liquid also became the victim of a cyberattack just months ago.

To be sure, Singapore can’t rest on its laurels just yet. The government still has to decide whether the trading of crypto derivatives will be permitted. The digital instruments range from those that already exist in traditional market like futures and options, to the more innovative ones like “perpetual swaps,” a type of futures contract without an expiry date.

The Monetary Authority of Singapore said last year that it will not regulate crypto derivatives unless they are offered on approved trading platforms, and the authority warned retail investors of their risks.

The reality is that only a handful of countries have even begun to discuss crypto derivatives. “There’s no one-size-fits-all perfect crypto regulatory regime out there,” said Arslanian of PwC. “All that the crypto ecosystem wants is clarity and the ability to operate a business.”

The Bahamas is a standout in this regard because it moved quickly in late 2020 to lay out a comprehensive framework across both spot and derivatives trading which gave it a first-mover advantage.

According to Bankman-Fried, the restrictions on services to a local market are less important than restrictions that hinder or even block a business from…

Why Polygon, Silvergate Capital, and Riot Blockchain Are Getting Crushed Today | The

Why Polygon, Silvergate Capital, and Riot Blockchain Are Getting Crushed Today | The