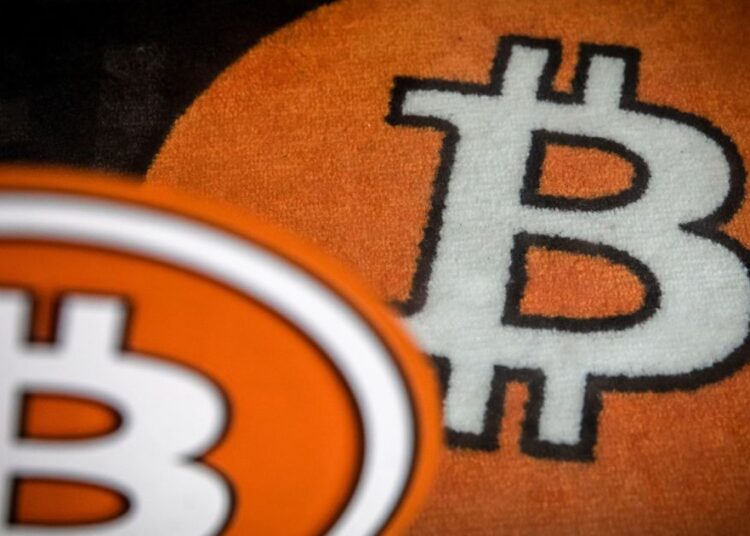 The largest cryptocurrency by market value has long been touted as an inflation hedge, in part because of its fixed supply. Bitcoin rose as much as 4.4% to $50,101 in New York trading on Friday. The coin has been bouncing around the $50,000 level since a weekend flash crash that saw it tumble as much as 21% on Saturday.

“Bitcoin is still seen as an inflation hedge, especially for younger investors,” said Matt Maley, chief market strategist for Miller Tabak + Co. “Since it has few restrictions right now, it is seen as a flight to safety asset for some investors.” 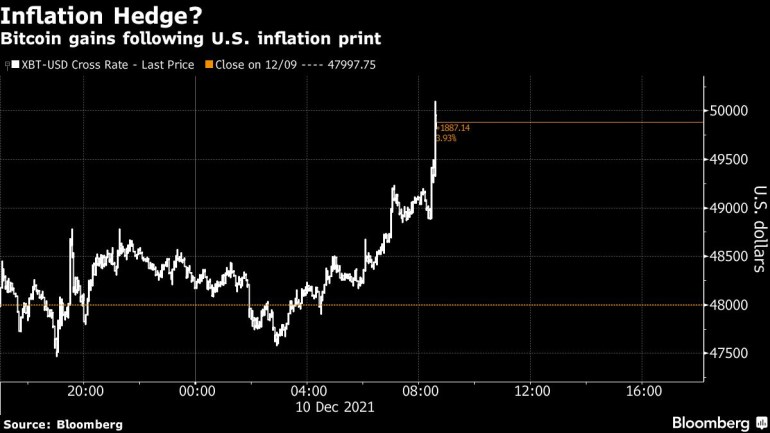 Crypto proponents have long argued that Bitcoin and other digital assets, on account of their being an idiosyncratic asset class, could act as hedges against swings in other areas of the financial market. Only 21 million Bitcoin will be put into circulation under the computer protocol that governs issuance, though that figure isn’t expected to be reached for several decades.

Many notable Wall Street investors and analysts have bought into the idea of using cryptocurrencies as a hedge against rising prices. Veteran hedge fund manager Paul Tudor Jones has said in the past that he likes it as a store of wealth. Meanwhile, MicroStrategy Inc.’s Michael Saylor said the Federal Reserve’s relaxing of its inflation policy helped convince him to invest the enterprise-software maker’s cash into Bitcoin.

The consumer price index increased 6.8% last month from November 2020, according to Labor Department data released Friday. Those watching Bitcoin’s charts closely noted that its gains accelerated following the release of the data.

Still, there are plenty of counter-arguments too. Correlations may not be what they appear, according to Marc Chandler, chief market strategist at Bannockburn Global Forex. He points out that stocks also rallied following the report — so the correlation might be with risk assets, he says.

Others argue that Bitcoin hasn’t been in existence long enough to burnish its inflation-hedge image. Plus, according to Cam Harvey, a professor at Duke University and a partner at Research Affiliates, it behaves too much like a speculative asset and is prone to periodic crashes.

“If Bitcoin is ‘digital gold’ and gold is an inflation hedge, then it follows that Bitcoin is too, right? Unfortunately, there is no evidence to back this up, and even the relationship between inflation and gold has been tenuous over the years,” wrote Noelle Acheson at Genesis Trading, in a report. “Longer term, however, gold has more than held its value while fiat currencies have declined; Bitcoin could end up doing the same.”

Lending Your Crypto Could Generate Attractive Yields. But How Safe Is It?