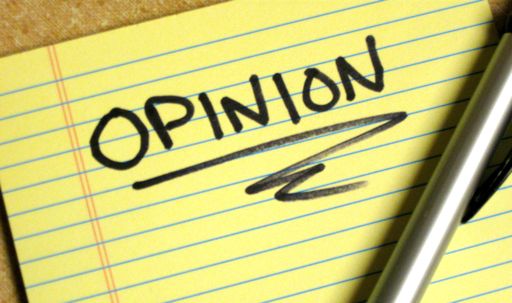 
Informed debate must take place on the contents of the Bill

India is going to debate a new bill on cryptocurrencies in the ongoing winter session of parliament. One of the two most important components of the bill relates to providing the legal framework for the launch of a digital coin by RBI. Many countries around the world are in different stages of launching their digital coins called Central Bank Digital Coin (CBDC).

For example, China which banned trading of cryptocurrencies in the country early this year and for the third time since 2013 has introduced its CBDC e-CYN and will formally launch it in February 2022 during the Winter Olympics. The government wanted to introduce Cryptocurrency and Regulation of Official Digital Currency Bill, 2021, in February but had to defer it in view of the raging Covid-19 crisis. Through the bill, the government wanted to ban cryptocurrencies and launch its official digital coin.

Ever since, RBI has spoken against giving any legal space to cryptocurrencies in the Indian financial system. It argues that the crypto money that functions beyond the scrutiny of a central bank or government can be misused for illegal activities. However, to offer a substitute to the people who seem to be fascinated by the fairy-tale type bitcoin story, RBI wants to come up with its CBDC.

Is CBDC a better substitute compared to crypto currency? Let us see what it is in the first place. CBDC is a digital currency that stays on your devices but you can take out cash from the ATMs. It’s always at par with the official currency, Indian Rupee for India and Yuan for China, for example. Its value is never going to appreciate or dip beyond the value of the official currency. Then, what are the benefits of holding such a currency? There are two important benefits that CBDC can bring in the monetary and financial system.

First, it’ll be another step towards building a cashless society. You will not need to carry huge amounts of cash and so much of the cash would not require to be printed, transported, stored, and managed. So, over time, CBDC will wean banks away from managing cash to managing value. Even the customers will have a better experience dealing with digital cash. Since, CBDC will be a product from the RBI and tied to the official currency, there will be no pulling the rug or a dip in the prices.

Second, CBDC can bring a major advantage to the table in the arena of international payments. At the moment, international payments are both time-consuming and exorbitantly expensive ranging from 6 to 22 percent. Central banks in about 90 countries are trying to bring in CBDCs and also interacting among themselves to usher in a new era of banking and finance where CBDCs can play a bigger role than the physical money is doing today. As soon as it happens, payment of remittances, an area of immediate concern for the global banking system, can become faster and cheaper.

Is there any instance of CBDC working successfully? There is no such instance as of now. But the concept of a digital currency tied to an official currency such as the US dollar or a stable asset such as gold has been in existence since in 2014 when stablecoin USDT was launched by a private company called Tether Limited.

It goes by the name of both USDT and Tether and is hosted on the Ethereum network. It’s a private currency and often questions have been raised as to whether Tether keeps the same amount of US dollars in reserves as the amount of USDT it issues.

There are a few more stablecoins and the US Treasury Department in a recent report has recognized that stablecoins offer valuable services in the realm of domestic and international payments. The stablecoin market in the US is pegged at $145 billion. As stablecoins become an important player in the global payments and financial systems, the US regulators are increasingly pitching for regulation for stablecoins.

Taking available facts into account, it’s clear that a CBDC can’t match cryptocurrencies that practically restore the money in the hands of those who own it — safe from hostile economic policies and high inflation. Stablecoins also offer some of the features of cryptocurrencies such as privacy and anonymity that CBDC does not intend to accord to the people who use the central bank-sponsored digital cash. (IPA Service)