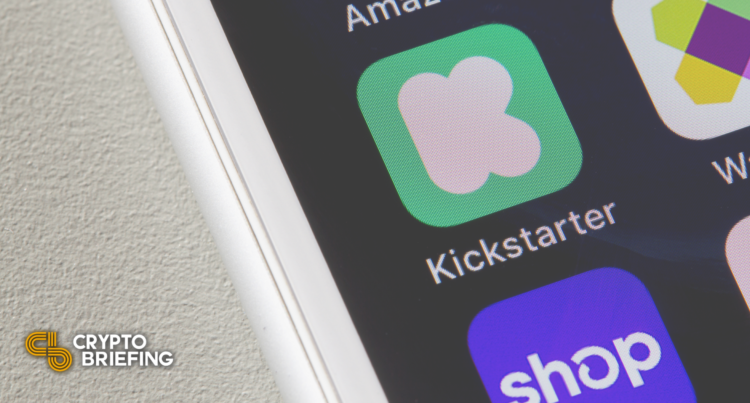 Popular crowdfunding platform Kickstarter is drawing criticism from its community for choosing to build on Celo, a mobile-centric public blockchain.

On Thursday, Kickstarter revealed plans to develop a decentralized protocol on mobile-centric blockchain Celo. According to the Kickstarter team, a new open-source and decentralized model would make it “possible for people to launch and fund creative projects anywhere.”

By building on a blockchain like Celo, Kickstarter can remove the involvement of intermediaries and gatekeepers. This way, the firm says it hopes to reduce friction and make the process of fundraising easier for millions of unbanked people worldwide.

However, Kickstarter’s blockchain plans have been met with an intense backlash from its community. Social media commentators and Kickstarter’s own users, including notable artists and designers, called out the platform for mulling a blockchain model.

A blockchain pivot could potentially be a large growth catalyst for Kickstarter. However, based on the latest developments, it’s clear that many of its existing users are strongly opposed to the idea. Disgruntled users posted complaints on social platforms, including Twitter and Reddit, in response to the company’s blockchain plans.  The backlash has come from users’ alleged claims that Kickstarter’s blockchain strategy would be damaging to the environment.

Jeeyon Shim, a Korean American game designer, wrote in a tweet post they were “heartbroken” by the partnership and urged Kickstarter to reconsider the decision. Shim argued that “environmental stewardship” was a core value for them. Another detractor of the Kickstarter-Celo partnership, Elizabeth Hargrave wrote: “Oh hell no. blockchain is an environmental disaster and I will never support a board game that uses it [Kickstarter].”

While environmental concerns surrounding Proof-of-Work chains like Bitcoin are real, it is essential to distinguish Bitcoin’s Proof-of-Work from a much more energy-efficient consensus mechanism known as Proof-of-Stake deployed by Celo. In Proof-of-Stake, instead of using energy-intensive computations to validate blocks, blockchain validators secure the network by putting up tokens as a stake to validate transactions.

Brian Li, a core contributor to Celo-based projects such as UbeSwap and NomSpace, believes that “putting the entirety of crypto under that umbrella is overgeneralizing.”

“Unlike other chains, Celo doesn’t require a massive amount of computing power finding hashes to add new transactions to its network. Celo’s hardware requirements are quite small.”

Despite these facts, Kickstarter users were quick to jump to conclusions. Recently Discord and Ubisoft also faced similar backlashes from their respective communities for merely discussing the idea of integrating non-fungible tokens into their platforms.

Kickstarter has yet to address concerns posted by its users. Per their update, Kickstarter plans to publish now a whitepaper detailing their planned decentralized crowdfunding platform.

Disclosure: At the time of writing, the author of this piece owned BTC, ETH, and other cryptocurrencies.

Kickstarter Announces That It Will Move to Blockchain

Crowdfunding platform Kickstarter has announced that it will soon integrate its main service with blockchain technology. Kickstarter Will Transition to Blockchain Kickstarter says that will create a “decentralized version of…

How SocialGood Is Offering 100% Crypto Cashback on Online Shopping

In recent years, the rise of Bitcoin and tokenized assets has made the cashback vertical ripe for disruption. Within the cashback market, blockchain-based loyalty networks are rising in popularity among…

We’ve seen the screaming headlines: Bitcoin uses more electricity than Ireland! Bitcoin is an environmental terrorist! Bitcoin will use more energy than the whole wide world by next year! (Yes,…

Discord is pausing its crypto plans after heavy resistance from users. Discord U-Turns on Ethereum Plans Discord founder and CEO Jason Citron has suggested that the platform will pause its…

What’s Going On With The Crypto Market This Weekend | Benzinga