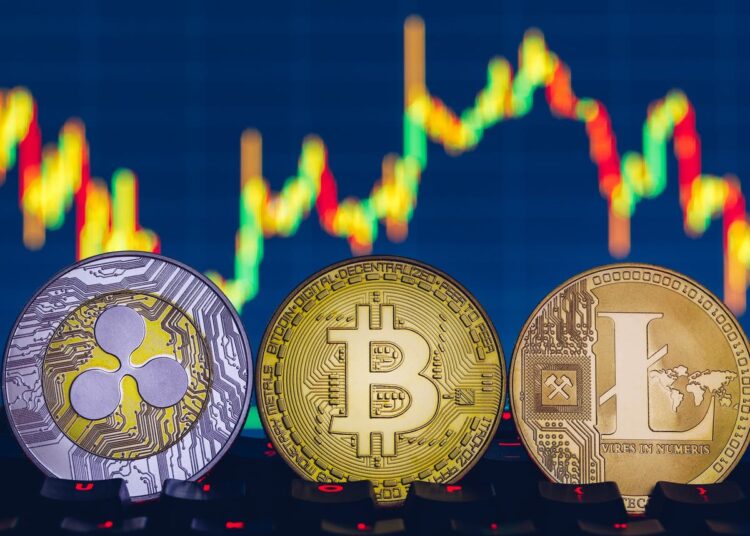 
Bitcoin saw a brief surge in price over the weekend but has since slipped below $50,000 at the start of the week.

Other leading cryptocurrencies are also struggling to recapture the momentum they saw last month, which took them to new all-time highs.

Ethereum (ETH), Solana (SOL) and Ripple (XRP) all dipped by around 5 per cent on Monday, while the overall crypto market is down by a similar margin.

Despite the stagnation, several leading analysts are confident of a resurgence before the end of the year, with some even predicting a record-breaking end to 2021.

The market could be buoyed by positive news – such as WhatsApp’s new cryptocurrency pilot in the US – or by the supply squeeze that continues to hit the market, as investors continue to hold and withdraw BTC from exchanges.

You can find all the latest news, analysis and expert price predictions right here.

The market has taken a slight tumble over the last hour, wiping nearly $100 billion from the overall cryptocurrency market cap.

The price slide has seen bitcoin (BTC) fall below $47,000, while Ethereum (ETH) also slid below the $4,000 mark it had managed to hold so well in recent days.

The reason for the downturn is not immediately clear, but further downward momentum could risk bitcoin falling below its 200-day moving average – a key point of resistance for the cryptocurrency. We’ll have some expert analysis on the dip shortly.

Narendra Modi declared bitcoin “legal tender” on Twitter over the weekend, in what was quickly revealed to be a hack on the Indian Prime Minister’s account.

Prime Minister Modi has more than 70 million followers on the platform – more than any other world leader – and it remains unclear how his personal profile was compromised.

The tweet was removed before it could have any major impact on the crypto market, with any such news likely to be monumental for the price of the cryptocurrency. When El Salvador announced that bitcoin would be legal tender earlier this year, it prompted a market-wide rally that led to new all-time highs.

You can read the full story here:

Bitcoin slips by about 3 per cent in last 8 hours

The cryptocurrency has dropped in value by about a per cent compared to its price a day earlier.

Ethereum has also slipped by about a per cent in the last day while its down by over 4 per cent compared to its value a week earlier.

Polkadot has grown by about 5 per cent in the last 24 hours while cardano is down by over 5 per cent during this period.

The overall crypto market has dropped in value by over a per cent in the last 24 hours and is currently valued at about $2.24 trillion.

The prices of several cryptocurrencies, including bitcoin, ethereum, and solana have slipped by 3 to 5 per cent over the last 24 hours with the overall crypto market dropping in value by over 3 per cent during the period.

Ethereum, solana, and cardano have dropped in value by nearly 5 per cent in the last 24 hours.

The global crypto market is still down with no signs of recovery yet and is currently valued at about $2.29 trillion.

With the price of bitcoin still lingering below the $50,000, investors are looking for reasons to be positive about the coming months.

Popular crypto commentator Lark Davis has laid out seven reasons to be bullish about bitcoin in the year ahead, writing on Twitter that major industry news like a spot ETF, combined with lengthening cycles, will see bitcoin’s price continue to rise into 2022.

“Make hay while the sun shines, and enjoy many more months of good market conditions,” Davis writes. “Don’t forget to take some profits along the way.”

You can find the full thread here:

A decentralised exchange run on the DeFi protocol Sienna Network has enabled trading with bitcoin and monero, in a move that has been endorsed by ‘Bitcoin Jesus’ Roger Ver.

Users of SiennaSwap DEX will be able to trade BTC and XMR with the Sienna token. In the two months since it launched SiennaSwap has generated over $254 million in trade volumes, attracting users through its privacy-focussed mandate.

“Maintaining privacy while enabling DeFi for monero and bitcoin is crucial and Sienna Network seems to be doing exactly that,” Ver told CoinTelegraph.

Microstrategy, the software firm probably better known as a huge holder of bitcoins, is now holding even more of them. Chief executive Michael Saylor says it has bought 1,434 bitcoins for about $82.4 million in cash at an average price of $57,477 each.

Reddit’s annual review has revealed that cryptocurrency was the most popular theme on the platform over the last year.

The term ‘crypto’ received more than 6.6 million mentions between January and November, while there are now more than 500 communities on Reddit dedicated to cryptocurrency.

The sub-Reddit r/dogecoin was the most popular of all of them, which has fostered the meme coin’s community since its early days.

You can read the full story here:

The CEOs of several leading cryptocurrency firms appeared before the US House Financial Services Committee on Wednesday to answer questions about digital currencies and stablecoins.

The market appears unmoved by the event, despite some attempts from the politicians to frame crypto in a negative light. Perhaps because those critical appeared to have little understanding of what they’re talking about.

Here’s what Congressman Brad Sherman had to say:.

The price of bitcoin has slipped by about 1 per cent in the last 24 hours and has remained stable around the $50,000 mark.

Meanwhile, ethereum has grown by about 2 per cent and is currently valued at $4,400.

Other top cryptocurrencies including cardano and solana have not changed in value compared to their prices 24 hours earlier.

The overall crypto market has not changed in value in the last day and is currently priced at about $2.37 trillion.