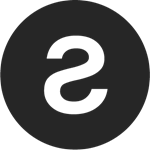 
TALLINN, Estonia, Dec. 14, 2021 (GLOBE NEWSWIRE) — On November the 11th of 2021, the Sologenic Development Foundation announced its decision to develop a new completely decentralized NFT Marketplace on the XRP ledger, in order to benefit users with extremely low transaction costs to mint, bid, and trade NFTs on the existing Sologenic DEX.

In order to engage the community to participate in the ecosystem and proposed governance utilities, an amount of 200M SOLO will be unlocked as part of an airdrop to the XRP and/or SOLO holders around the world. At the time of this press release, the spot price of SOLO is $4.27 USD making this Airdrop one of the largest that has ever been distributed in the crypto space.

This airdrop will be sourced from the tokens that are currently locked in the SOLO Community Fund (SCF), and SOLO Expansion Fund (SEF) which were designed to build and expand the SOLO community when the ecosystem was launched in early 2020.

The snapshot is scheduled to be taken on December 24th, 2021 at 20:00 UTC from all the XRP and/or SOLO wallets that have created a Trustline with the Sologenic oracle. Users can simply hold their assets on the centralized exchanges that are supporting the airdrop or create a Trustline directly from their own private wallets to claim it.

With a low transaction cost of around $0.000005, the Sologenic DEX has gained a lot of popularity among the XRP and SOLO community to trade various crypto assets and even fiat through different gateways that issue stable coins on the XRP ledger such as Bitstamp and Gatehub. At the time of this press release, the Sologenic DEX has over 20M page views and 1.5M transactions per month.

The Sologenic DEX is an advanced decentralized trading platform that allows users to trade (peer-to-peer) various crypto and upcoming Tokenized assets such as Stocks and ETFs while having full custody of their own private keys, which guarantees maximum security and trust within the ecosystem.

The new Sologenic NFT marketplace provides unique functionality to mint and seal multiple NFTs under a single transaction fee on the XRP ledger, breaking the barrier that other markets have for new creators with extremely high gas fees.

This new marketplace will allow users to easily mint NFTs under 8 different categories including motion graphics, music, and sports collectables, with a very intuitive and sleek UI to accommodate both creators and collectors.

“Considering the current user engagement on Sologenic DEX, the level of excitement within the SOLO community and the need for a fast and cost-efficient NFT marketplace in the industry, I believe this new decentralized NFT marketplace will be a game-changer for both creators and collectors.” — Bob Ras  —  Co-Founder and Creator at the Sologenic Development Foundation.

“Sologenic Development Foundation” a.k.a SOLO Core team is an independent community of developers with the passion of making the Sologenic Ecosystem successful. It consists of developers who are actively working on various open-source projects and use cases around the XRP as well as SOLO.

Read More:Sologenic Set to Airdrop $1 Billion to XRP Holders with the Launch of a Decentralized NFT