The crypto market is uneasy about the Fed meeting and high inflation. Here’s why 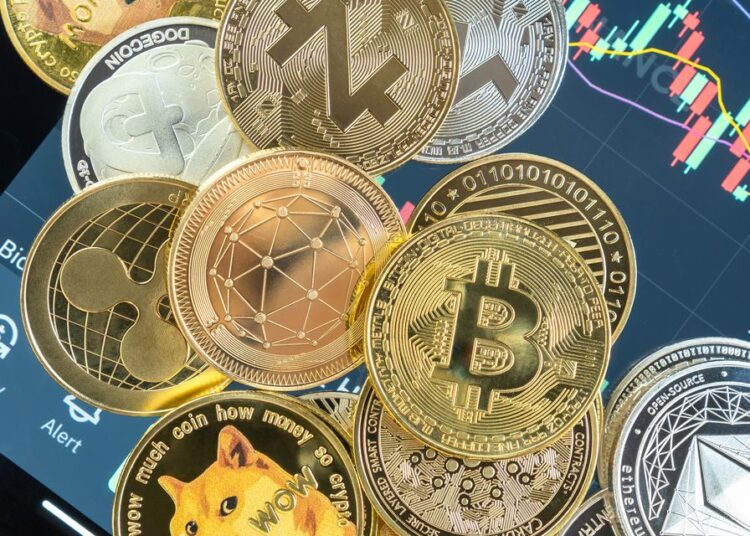 
Crypto investors are closely watching this week’s Federal Reserve meeting, with the market expecting the central bank to announce a faster reduction in its pace of bond buying as U.S. inflation rises.

“With the Federal Reserve expected to accelerate the speed at which it tapers its bond-buying program and signal faster rate hikes next year, crypto prices are likely to suffer further turmoil in the months ahead,” Jesse Cohen, senior analyst at Investing.com, wrote to MarketWatch through email.

Edward Moya, senior market analyst at Forex trading platform OANDA, echoed the point. “The fear is that if rate hike expectations become too aggressive, Wall Street may finally get that long-awaited pullback that will send markets to risk-off mode and punish the most profitable trade, which has been cryptos,” Moya wrote in Monday notes.

“Bitcoin should remain trapped between the $42,000 and $52,000 level leading up to Wednesday’s FOMC decision and updated forecasts,” according to Moya.

Bitcoin’s rise for the past two years may be partially attributed to the popular narrative that the cryptocurrency can be used as a hedge against inflation, though bitcoin has tended to trade in tandem with the stock market recently, some analysts said.

“Crypto markets, in general, have seen some phenomenal price appreciation due to its large appeal as a hedge against inflation,” Richard Snow, analyst at Forex DailyFX wrote through email.

Some argued that the Fed meeting may not necessarily lead to a further downturn of major cryptocurrencies. “Should the Fed surprise the market and delay the pace of the taper, Bitcoin is likely to enjoy a very fast relief rally,” Matt Blom, global head of sales and trading at crypto exchange Eqonex, wrote in Tuesday notes.

“It could also be argued that the Fed taper is already priced in, so barring signaling of an early interest rate rise, a rally is currently the most likely outcome anyhow,” according to Blom.

The U.S. stock market was under pressure on Tuesday afternoon. The Dow Jones Industrial Average
DJIA,

Read More:The crypto market is uneasy about the Fed meeting and high inflation. Here’s why

The Great Crypto Grift May Be Unwinding

Last week, federal prosecutors arrested a fifty-year-old Long Island man and accused him of defrauding hundreds of investors by...

Crypto companies’ latest deals are part of an effort to develop mainstream awareness of their brands internationally Binance, WhaleFin,...