Solana Takes a Hit; What to Know Before You Buy the SOL Crypto Dip 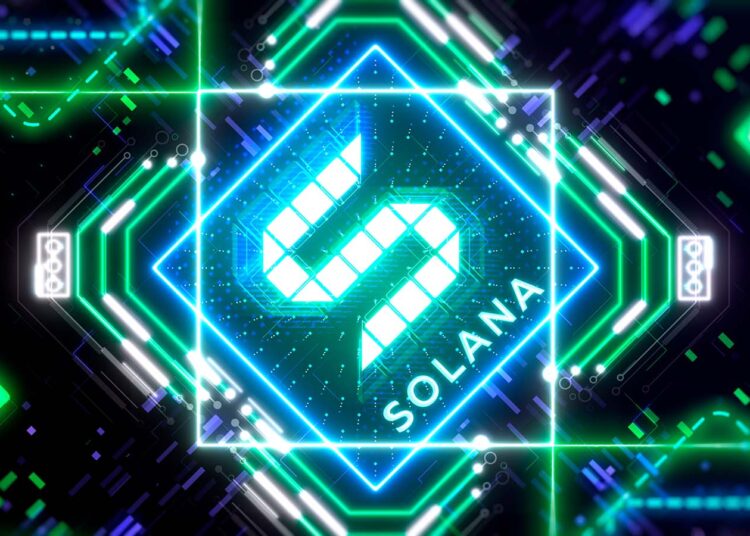 
All of the crypto majors are suffering right now, but few more so than Solana (CCC:SOL-USD). SOL is down another -20% in the past week after some drama on the Solana network on Thursday. As a result, you can now buy SOL for roughly $150… versus $3,725 for Ethereum (CCC:ETH-USD), or more like $50,000 for Bitcoin (CCC:BTC-USD). But before you buy the dip, let’s take a look at what happened, and what to watch out for.

If you’re not too familiar, Solana is a decentralized cloud platform that developers can use to run “Web 3.0” apps, which aim to break down the hegemony of Big Tech gatekeepers and empower users. On Solana, you can make payments, such as network fees, and get rewarded for staking (similar to mining) in the native coin (SOL).

If that sounds a lot like Ethereum… You’re onto something! Solana was basically created, in 2020, as a faster – and, thus, scalable – alternative to Ethereum (or Bitcoin, for that matter).

Solana is faster because it doesn’t wait for every computer on the network to record each transaction before it goes through, like Ethereum does. Instead, the Solana network assigns a unique “Proof of History timestamp” to each transaction as it comes in. The result, says Solana, are speeds comparable to the Nasdaq.

Solana also boasts the decentralized music-streaming app Audius (CCC:AUDIO-USD). Artists like Skrillex, Steve Aoki, deadmau5 and Disclosure, comedians like Hannibal Buress, and up-and-coming acts can bring their work directly to fans through Audius (versus through record label distribution) and earn AUDIO in return. AUDIO itself has been a real winner since August alone, up 145% for Luke Lango’s Ultimate Crypto portfolio. And Audius made the switch over from Ethereum’s network in October 2020, just months after Solana’s launch.

What Happened With the SOL Crypto Last Week

Now, because Solana’s technology is innovative, it is also less proven than Ethereum in terms of its network functionality and security. The price of the SOL crypto has taken a big hit since Thursday, when a huge surge in activity slowed down everyone’s Solana transactions – and triggered fears of a distributed denial-of-service (DDoS) attack.

A DDoS attack would have consisted of bots sending an overwhelming amount of traffic, simply to disrupt the network. According to cybersecurity provider Cloudflare (NYSE:NET), “Because each bot is a legitimate Internet device, separating the attack traffic from normal traffic can be difficult.”

In other words, it’s difficult for us to be sure exactly what happened. But Solana co-founder Raj Gokal gave an alternative to the DDoS explanation, when he retweeted this from one of Solana’s investors, Rockaway Capital:

(1/6) What’s happening on @Solana these days. It’s not an DDoS network attack as many said. The network hasn’t lost consensus/neither halted, just slowed down to 1000 TPS on 4 occasions since Dec 9 (Thursday). pic.twitter.com/qG6hlgu3tf

Basically, Raydium (CCC:RAY-USD) – a market maker for Solana – was conducting an initial DEX offering (IDO) at the time. As CryptoBriefing.com reported the next day, “Yesterday’s IDO was for Realy, a Metaverse project on Solana aiming to combine social networking, e-commerce, gaming, and trading.” These IDOs have been so popular that participants have used bots “to gain an edge.”

So, what’s the story? Malicious attack? Or just a really popular day to trade on Solana? Either way, the question is the same:

Much more worrisome was the actual outage that occurred in September, during the previous Raydium IDO for Grape Protocol. That time, all the bot transactions actually took Solana completely down for 18 hours.

At least that didn’t happen this time… Maybe due to whatever software updates Solana Labs – which is still led by cofounder Anatoly Yakovenko – has made since the September debacle. As for this December slowdown, the Rockaway Capital guy (Tomáš Eminger) assures us in his Twitter thread:

“This issue is resolved in unreleased software version 1.9. @aeyakovenko and his team are working to backport this into version 1.8.9 which should tested and approved for mainnet real soon.”

I bet they are working overtime on that fix! And, as with any other early stage tech play, you’ll just want to be especially watchful for any further technical problems or network security oversights. If you’re a bargain-hunter looking to buy the SOL crypto on this dip – or HODLing – that’s definitely something to keep in mind.

On the date of publication, Ashley Cassell did not have (either directly or indirectly) any positions in the securities mentioned in this article. The opinions expressed in this article are those of the writer, subject to the InvestorPlace.com Publishing Guidelines.


Read More:Solana Takes a Hit; What to Know Before You Buy the SOL Crypto Dip

Decentralized? 10% Cardano Whale Controls 94% Of All ADA in Supply By DailyCoin

tdub303/E+ via Getty Images Cryptocurrency trading platform BitMEX, which used to solely focus on derivatives, has launched a spot...

Watch out, Shutterstock—Getty Images is getting into NFTs. The NFTs—unique blockchain tokens that signify ownership—will be minted on the...

A source privy to Business Today said that the central government may introduce a ‘reverse charge’ tax mechanism for...

CORNUCOPIAS PARTNERS WITH VERITREE TO PLANT OVER 2000 TREES IN SENEGAL..

Special NFT Tree MintingThe Cornucopias community is helps to bridge the Metaverse with the real world by planting real...

Decentralized? 10% Cardano Whale Controls 94% Of All ADA in Supply By DailyCoin