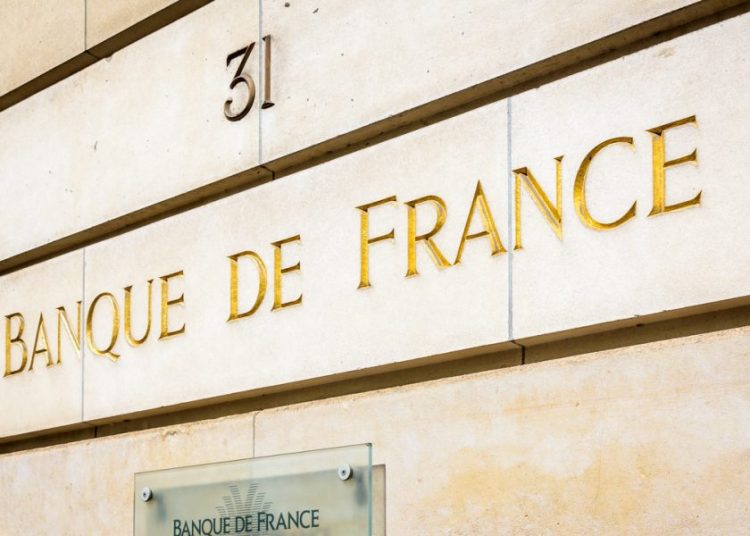 
The Banque de France announced Thursday (Dec. 16) that it has successfully finished the first stage of its plan to create a wholesale central bank digital currency (CBDC).

The French central bank has long been a proponent of European Union-wide CBDCs, pitching its own efforts to build a digital currency specifically for interbank payments as well as a retail CBDC as a blueprint for an EU-wide version of a digital euro.

The final test of the interbank settlement-focused digital currency was an “end-to-end” series of transactions in the lifecycle of a digital bond, Banque de France (BdF) announced on Thursday (Dec. 16).

Led by banking giant HSBC and IBM, the blockchain-based security was issued and subscribed to by several other participants, who were then able to accept coupon payment in a different fiat currency.

“As central banks around the world begin to explore the potential for CBDC to bring greater transparency and security to financial transactions, this initiative provides a comprehensive roadmap,” said Likhit Wagle, general manager of global banking and financial markets at IBM.

The next stage of the pilot program is testing the digital asset in cross-border payments.

While the wholesale CBDC would — it is hoped — improve the speed, efficiency and cost of cross-border transactions, the Banque de France has much broader goals for its retail and wholesale CBDC experiments.

Two are financial in nature. Citing the decreasing use of cash and the increasing use of non-bank payments apps by both Big Tech (such as Apple Pay and Google Pay) and by privately issued cryptocurrency stablecoins (such as USD Coin and Facebook-founded Diem), BdF Governor François Villeroy de Galhau warned that the two trends, hastened by the COVID pandemic, “could lead to the marginalization of the use of central bank money, be it in the form of banknotes or in settlement systems.”

Speaking at a conference about CBDCs and other innovate payment systems in July, Villeroy de Galhau said the two trends “could threaten our monetary sovereignty and our mandate to safeguard financial stability.”

But there is a third factor, he warned: “The progress made by extra-European CBDCs and notably by the digital yuan, already accessible in the major Chinese cities. The risk is clearly that Europe will lose momentum not just in its drive to strengthen the international role of the euro, but even in preserving it.”

The HSBC bond experiment is not France’s first trial of international CBDC transactions.

In June, the BdF and Swiss National Bank announced plans of a test with euros and Swiss francs to “explore cross-border settlement with two wholesale CBDCs and a French digital financial instrument on a DLT platform,” the central banks said.

Distributed ledger technology, or DLT, is the underlying tech on which blockchains are built. IBM builds it blockchains using Hyperledger Fabric, a popular open-source platform, and worked with R3’s Corda on the BdF-HSBC experiments.

The next month, the BdF successfully tested simulated cross-border, cross-currency transactions in partnership with the Monetary Authority of Singapore. That experiment took place on separate blockchains built on JPMorgan’s Onyx platform.

That experiment broke “new ground by decentralizing financial infrastructure, to improve liquidity management and market making services,” Sopnendu Mohanty, chief FinTech officer of the MAS, said at the time. “It charts the path for scalable CBDC networks where central banks and commercial banks can work together to achieve the vision of cheaper, safer and more efficient infrastructure for cross border payments.”

The MAS is also participating in a pair of trials of a four-way cross-border multiple CBDC (m-CBDC) bridge payment system one with the with the Reserve Bank of Australia, Bank Negara Malaysia and the South African Reserve Bank.

The goal of that project, launched in September, was to see if banks and other financial institutions could use their four separate CBDCs to see if cross-border payment transactions could be settled faster and at less expense using the blockchain technology.

The second is in partnership with the Bank for International Settlements (BIS) with the Hong Kong Monetary Authority, Bank of Thailand, later joined by the Central Bank of the United Arab Emirates and — most significantly — the People’s Bank of China.