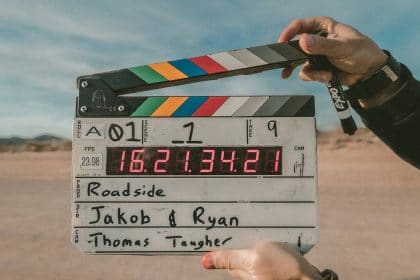 The vesting for the Flickto project will begin on Wednesday 5 January 2022. Users will get 10% of accrued FLICK tokens every 5th of the month.

The MELD ISPO is over and many members of the Cardano (ADA) community missed out on this great opportunity, however, a redemptive opportunity is here with the Flickto ISPO. ISPO is an acronym for Initial Stake Pool Offerings, a unique model of raising funds in the Cardano ecosystem.

Through this model, users are able to delegate their ADA coins to a particular pool for which they can earn rewards through the pool’s established tokens or other defined avenues. Each delegate pool fronts a unique reward scheme that is billed to attract users in a competitive way, and with Flickto, users are sure to get a good reward for being a part of the diverse and growing community that is currently being built.

A Brief Introduction to the Flickto ISPO

Flickto is a Cardano-based project that seeks to redefine the funding mechanism for media projects. The ultimate mission is to give artists and content creators amongst other contributors to the media ecosystem the right rewards and funding they need to scale up their projects. Flickto will be leveraging the ISPOs model to generate funds for media and creative projects.

Users who want to be a part of the Flickto ISPO will need to stake ADA tokens for a chance to earn FLICK, the protocol’s native token. For the ISPO program, there are a total of 2 billion tokens earmarked to be earned by participants across a total of 32 EPOCHs or cycles. While the first EPOCH was launched on November 1, the first phase of the Flickto ISPO will span a total of 32 EPOCHs scheduled to end on Sunday, April 10. Since the first EPOCH was launched, a total of 4.5 million ADA tokens has been delegated thus far across as many as 530 delegators.

Users who participate in the ISPO and earn FLICK tokens will have a very prominent role within the ecosystem as they will be tasked with voting the media projects to fund. Each user will earn 0.15 FLICK tokens per active ADA staked in each EPOCH and the more the FLICK tokens a user owns, the more weight their decision power will be when deciding projects to fund. To gain access to any of the EPOCHs, users must stake at least 10 ADA tokens.

The vesting for the Flickto project will begin on Wednesday 5 January 2022. Users will get 10% of accrued FLICK tokens every 5th of the month. This will increase to 20% from Thursday 5 May 2022 onwards.

Reasons to Choose the Flickto ISPO

Beyond the robust reward system the Flickto ISPO brandishes, users can be sure that the protocol is a true representation of decentralization, and the funding of projects will be done transparently.

Flickto has a robust, enthusiastic, and growing community that believes in the revolution the project is trying to push into the media landscape. The inherent possibilities for the project and the accompanying benefits for backers are billed to grow over time. The project is also being backed by pioneers in the Cardano ecosystem and it recently inked an IDO partnership with KICK.io, Cardano’s leading project launchpad, an emphasis on the wide acclaim the project has garnered thus far.

Benjamin Godfrey is a blockchain enthusiast and journalists who relish writing about the real life applications of blockchain technology and innovations to drive general acceptance and worldwide integration of the emerging technology. His desires to educate people about cryptocurrencies inspires his contributions to renowned blockchain based media and sites. Benjamin Godfrey is a lover of sports and agriculture.