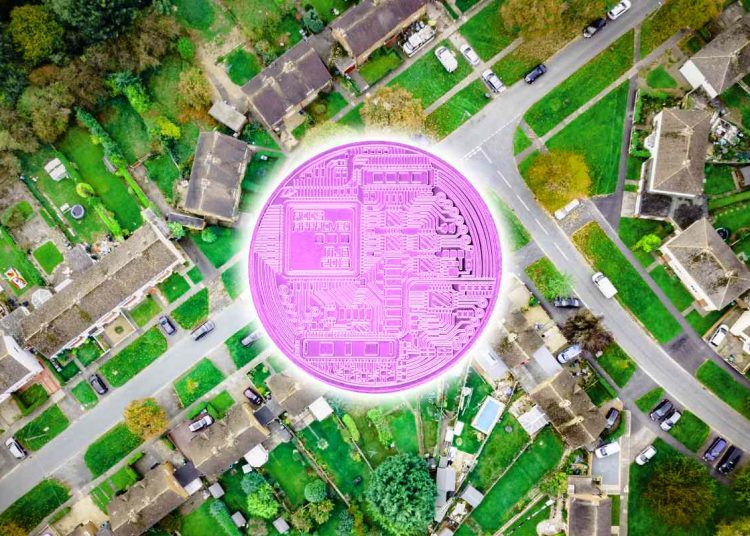 Chivo is not a bank, but in less than 3 weeks, it now has more users than any bank in El Salvador and is moving fast to have more users that ALL BANKS IN EL SALVADOR combined.

In one tweet, El Salvador’s president summed up how cryptocurrency can help lift the developing world out of poverty.

The rapid adoption of Chivo proves that digital currencies including (but not limited to) Bitcoin, can help bring financial services to all. For those who don’t know – Chivo is the mobile wallet that Salvadorans use to buy, sell and store Bitcoin.

For context, that’s more users than any single Salvadoran bank.

Given the wallet is barely a few months old, there’s every reason to believe that its user base will surpass that of all the country’s banks combined soon enough.

To recognize the elephant in the room – yes, this is a state-issued wallet, but the fact that the majority of a country’s population is willing to embrace a decentralized digital currency – albeit through a centralized wallet, is still a watershed moment.

As more people actively send and receive Bitcoin payments, confidence will grow in cryptocurrency as a viable currency on the whole.

That’s great news for the developing world. Here’s why.

The unbanked can finally escape poverty

In high-income economies, 94% of adults have a bank account. In the developing world, that number drops to just 63%.

Interestingly, nearly half of this unbanked population lives in just seven countries – Bangladesh, China, India, Indonesia, Mexico, Nigeria and Pakistan struggle with some of the most financially underserved people worldwide. The challenge is – if you don’t have a bank account, you’ll struggle to escape poverty.

That’s because if you don’t have a bank account, you have to rely on cash and cash simply isn’t safe.

Cash is both hard to manage and easy to manipulate, with fraud more prevalent in cash-first societies. Case in point – when India replaced cash-based pension payments with biometric smart cards, missing funds dropped by an astonishing 47%.

These kinds of outcomes signal how bank accounts aren’t just a cornerstone of economic development. They are integral to an individual’s financial security. As a result, people can only ever escape poverty if they have a secure way to store their money.

As El Salvador has shown, a digital currency wallet offers just that.

While many in the developing world struggle to open a bank account, nearly everyone can find an internet connection.

Almost nine in 10 people over the age of 15 are online, with 93% of internet users going online via mobile phone. That means a mobile-first crypto wallet (like Chivo) offers a viable way for these kinds of people to manage their money securely.

Once they have this level of security, anything is possible. Let’s look to Kenya for another powerful example.

When 185,000 Kenyan women were given access to mobile money services, many of them could finally start a business. In doing so, these women were able to leave farming behind, which in turn helped them reduce extreme poverty by 25%.

Instead, they’re jumping straight into the digital currency pool.

Crypto adoption is skyrocketing in the developing world

Vietnam has one of the highest crypto adoption rates in the world. While the authorities have outlawed trading Bitcoin and Ethereum, the government still plans to pilot a national digital currency.

The 2021 Global Crypto Adoption Index also shows how India, Pakistan, Ukraine and Kenya are just as eager to venture into crypto – which goes to show that in regions where financial services are less available, crypto is all the more appealing.

That said, there’s one major barrier to adoption.

A lack of clear regulation remains a significant hurdle because no matter where you live, you’ll be reluctant to put your money into a currency that could become illegal overnight (look no further than China to understand the risk).

Still, El Salvador’s initiative will force more of the world to clarify the regulatory landscape. Then as more money flows into Bitcoin, the coin’s value will inevitably rise.

When it does, the developing world’s crypto adoption could well pay off.

Raoul Milhado is an entrepreneur with deep roots within the crypto and blockchain industry since 2015. As the CEO of Elitium and NFT marketplace NFT BAZL, he has been building businesses from the ground up for over the last 10 years and has been working hard on building a brand that lays the foundation of capitalizing on the ever-growing crypto industry by introducing new-age investment possibilities that would let clients explore a life of luxury they never thought possible. He is actively working on expanding the new digital economy to help others live a life of independence, value and growth.

Check out the Latest Industry Announcements


Read More:Cryptocurrency Can Lift the Developing World Out of Poverty – Here’s How – The Daily Hodl