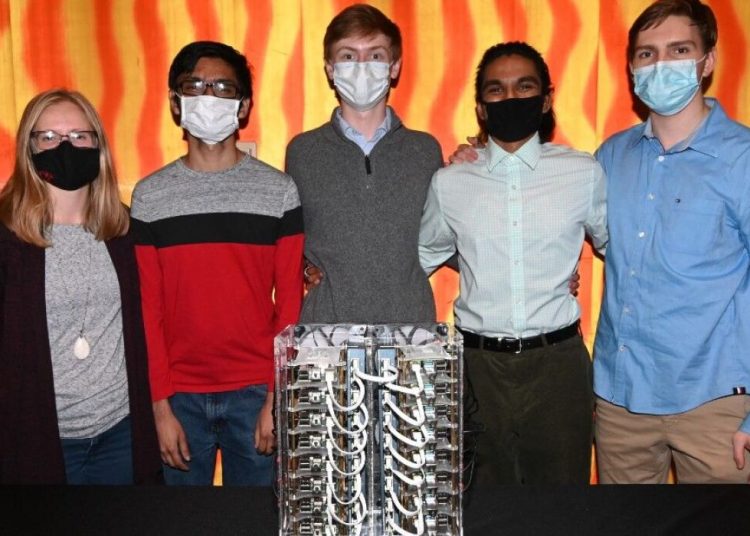 
As the popularity of digital currencies like Bitcoin, Ethereum and Litecoin continues to grow, the carbon footprint of cryptocurrency “mining” has also increased — with Bitcoin mining operations alone reaching an annual energy consumption level of 55TWh in 2018.

To eliminate this barrier to the widespread adoption of cryptocurrencies and to make them more environmentally sustainable, a group of computer science and engineering students from the Illinois Institute of Technology developed a cryptocurrency called GiGi, which aims to serve as a model for energy-efficient cryptocurrencies that can compete with the transaction speeds of other payment processing methods like credit cards.

According to a news release from the university, the student cohort — dubbed Team GiGi — unveiled their prototype at last month’s inaugural Grainger Computing Innovation Prize competition, which encouraged 25 student research teams to devise creative technology solutions to global challenges such as climate change and the development of smart infrastructure. The group took the first place prize of $15,000 for their concept.

According to Illinois Tech computer science professor Ioan Raicu, Team GiGi’s faculty mentor, the group’s hard-drive prototype is intended to make digital currency more accessible through its “proof-of-space” model, which they chose in favor of the “proof-of-stake” model currently being tested on the blockchain for Ethereum.

“One of the biggest problems with [many types of] cryptocurrency and blockchain is that they use an algorithm called ‘proof of work,’ which is very expensive in terms of power consumption. That is one of the biggest problems with cryptocurrency in terms of sustainability,” he said. “It can’t keep growing and become widely adopted if it continues to consume so much electricity in securing the network.

“With proof of stake, it basically means you’re going to put a bunch of money in coins down as collateral, which means the richer you are the more money you’ll make off the system,” he continued. “So, the approach the students took was this proof of space, a third approach that tries to remember the work they do to store it and look it up later.”

The runner-up team, Waste Allocation Load Compressor, earned the second-place prize of $10,000 for developing an inexpensive smart waste compressor that decreases street and waterway pollution. The third-place prize of $5,000 went to a group of students working to develop a digital platform connecting victims of sexual assault to support services on college campuses. Prizes were awarded through an endowment from the Grainger Foundation.

Raicu said the team hopes to continue developing their tech solution in the months to come with the help of the prize money, and will soon seek out support from the National Science Foundation and other investors to continue their research and build upon the prototype.

He said the goal is to help spur the “third wave” of cryptocurrency technology in order to encourage others to move to the proof-of-space model.

“They have a working prototype, so I think that’s half the battle,” he said. “The more coins that come out that solve these energy efficiency problems, the more the bigger coins will notice. And if the smaller coins show that this is a viable solution, I believe the bigger coins will all transition away from proof of work.”

Brandon Paykamian is a staff writer for Government Technology. He has a bachelor’s degree in journalism from East Tennessee State University and years of experience as a multimedia reporter, mainly focusing on public education and higher ed.

Cryptocurrency 101: A Guide to Digital Dollars