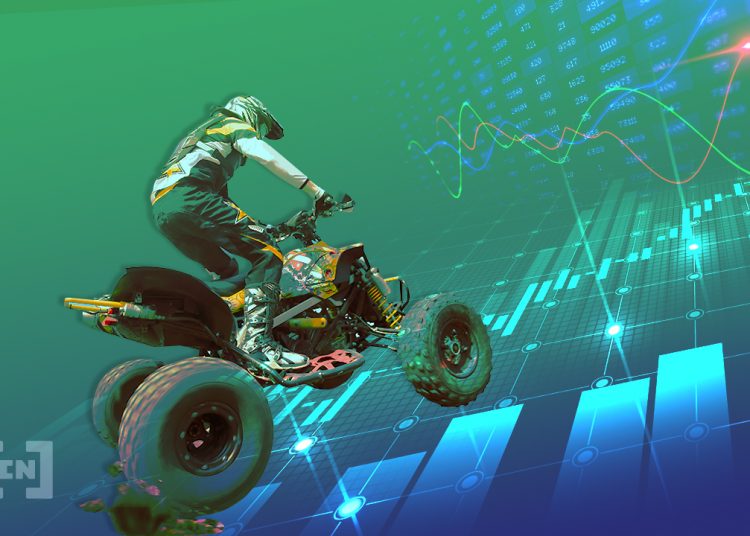 
BeInCrypto takes a look at the price movement for seven different altcoins, including Near Protocol (NEAR), which reached a new all-time high price on Dec 15.

Bitcoin (BTC) has been trading inside a descending parallel channel since Nov 10. On Dec 4, it seemingly broke down from it, falling to a low of $42,000.

However, it bounced considerably afterwards and is currently in the upper portion of this channel.

Similarly to BTC, Ethereum (ETH) had been trading inside a descending parallel channel since Nov 10. However, it broke down from it on Dec 13.

Currently, it seems to be in the process of validating it as resistance. In addition to this, ETH is facing horizontal resistance from the $3,900 area (red icon).

Until these levels are reclaimed, the trend cannot be considered bullish.

XRP (XRP) is also trading inside a descending parallel channel. However, it has been doing so since Sept 6.

More recently, it bounced at the support line of the channel on Dec 4. Therefore, the structure is still intact.

However, XRP has yet to initiate any type of upward movement and is still trading in the lower portion of the channel.

In order for the possibility of a breakout to become more likely, XRP has to reclaim the middle of the channel.

Near Protocol (NEAR) has been decreasing alongside a descending resistance line since Oct 26. On Dec 15, it initiated a rapid upward movement and broke out, reaching a new all-time high price of $17.50 the same day.

However, it fell afterwards and created a long upper wick with a magnitude of 41%. Such wicks are considered signs of selling pressure.

NEAR is now back below the descending resistance line, rendering the previous breakout as invalid.

Elrond (EGLD) has been falling since reaching an all-time high price of $544 on Nov 23. On Dec 11, it broke down from an ascending support line.

While it initiated an upward movement on Dec 15, it is facing strong resistance from the previous ascending support line and the $285 area. This is an especially important resistance area since it previously acted as the all-time high resistance. Until EGLD manages to reclaim this level, the trend cannot be considered bullish.

If the downward movement continues, the closest support would be at $80.

Avalanche (AVAX) has been decreasing since reaching an all-time high on Nov 21. So far, it has fallen by 38.30%.

However, it has bounced thrice (green icon) at the $77.50 area. This is a crucial area, since it previously acted as resistance and has now turned to support.

As long as AVAX is trading above it, the bullish structure still remains intact.

PancakeSwap (CAKE) has been decreasing inside a descending parallel channel since Aug 26. On Dec 4, it reached a low of $10 and bounced.

The bounce was crucial since it validated a confluence of support levels, both the $11.20 horizontal area and the support line of the channel.

Therefore, it is an area that is very likely to initiate a bounce. In order to increase the likelihood of a breakout, CAKE has to reclaim the middle of the channel.