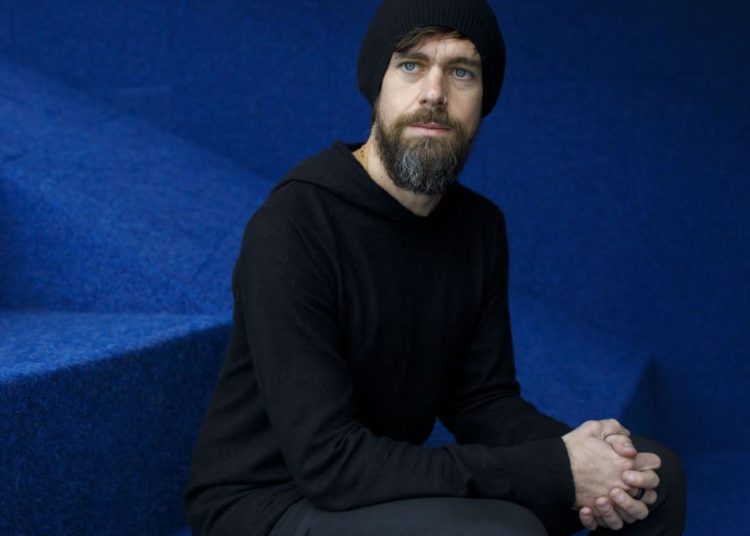 The internet hasn’t turned out the way it was supposed to.

In its earliest incarnation, before some Wall Street Journal readers were born and the rest had fewer automatically renewing digital subscriptions, it was supposed to be distributed, user-controlled and, in a word, democratic.

What if there was another way?

What if, to take but one example, users of social networks collectively owned them, or at least could vote on how they were run and what kind of speech they allowed? And what if similar questions could be asked of just about any tech company whose primary product is software and services—whether financial, cloud computing, or even entertainment-related?

These are the questions investors, engineers and more than a few starry-eyed tech dreamers are asking themselves—among them former

whose interest in these questions helps explain his sudden departure from Twitter.

The answers are taking the form of services and apps that are the first outlines of what their creators hope will someday eat the internet completely: a distributed, democratically ruled “Web 3.0” or “Web3” that will rise like a phoenix of 1990s-era Web 1.0-idealism from out of the ashes of the corporation-controlled Web 2.0 that all of us currently inhabit.

Here’s the basic idea: New technologies like blockchain present the opportunity to loosen the centralized stranglehold that companies and governments have over everything from internet platforms to intellectual property to the creation and distribution of money. These technologies operate by spreading responsibility or ownership among a group of users, who, for example, use their computing power to electronically fabricate—or “mine”—cryptocurrency, or record transactions for digital art.

These technologies represent an evolution of cryptocurrency beyond bitcoin—which some in crypto communities now deride as mere “digital gold.” In addition to monetary value, the “tokens” that make up these systems are each also encoded with information that has some other use, whether it’s membership in a club, the right to vote on how a company conducts itself, or even just data.

The blockchains that underlie all this are just ledgers of information stored on many different computers at once. This lets any given blockchain be resistant to control by a government or corporation, and lets people exchange tokens on that blockchain securely and transparently.

This future, a second chance to use technology to upend traditional power structures, is being trumpeted by silver-tongued hype-people of every stripe, from venture capitalists to armchair oracles on social media.

Others see the entire enterprise as worse than a waste of time. They view bitcoin as a currency with an outsize (and, many argue, completely unnecessary) energy and carbon footprint. And they see crypto broadly as a classic, doomed to fail techno-solutionism (the belief that technology can solve any problem) Ponzi scheme pushed by latter-day medicine-show hucksters eager to exit their investments in unregulated securities before the market collapses or the Securities and Exchange Commission gets around to regulating them.

Mr. Dorsey, no quack, is clearly in the believers’ camp—and is, indeed, one of its most prominent members. In July he told investors bitcoin would be a big part of Twitter’s future, and in August he tweeted that it would unite the world.

His departure from Twitter reflects the allure that Web3 has for many of those in the tech elite. Mr. Dorsey is now full-time at Block—the new name he gave to Square, his digital payments company, where he is enthusiastically championing cryptocurrency.

Block—the name was inspired partly by the blockchain—owns Cash App, which allows users to buy and send bitcoin. It also created a patent alliance to share crypto-related intellectual property and funds Spiral, an independent team of open-source bitcoin technology developers whose most recent promo video includes a muppet version of Mr. Dorsey answering the question “When did you know something was wrong with our financial system?”

Other famed tech seers are excited about Web3, too. In June 2021, Andreessen Horowitz, the venture-capital firm co-founded by

announced a $2.2 billion fund—its third—to invest in blockchain and crypto-related startups. Globally, investment in blockchain startups in 2021 has shattered all previous records, topping $15 billion so far this year, a 384% increase from total investment in all of 2020, according to CB Insights.

Almost every company with “Web3” or “blockchain” in its pitch deck describes its mission as a user-centered quest to empower—and just as often, enrich—its users, making them owners and investors as much as customers.

DeSo—which, confusingly, is simultaneously a not-for-profit foundation, a blockchain and a cryptocurrency token, but explicitly not a traditional for-profit corporation—is in many ways typical of the form. The idea behind DeSo is that everyone should be able to create their own social media service, but also that they could be interconnected in ways that, say,

and Twitter would never be—including shared accounts and other shared data.

“The thesis behind DeSo is that if you can mix money and social, you can create new ways for creators to monetize,” says Nader Al-Naji, founder and head of the DeSo foundation. “Instead of creators monetizing from ads, they can monetize from DeSo coins.”

DeSo has created a new cryptocurrency (named DeSo) that, for example, could be used to “tip” other users for their posts, replacing likes with actual money—or at least DeSo tokens that can be traded for dollars on the usual cryptocurrency exchanges. Like other next-generation cryptocurrencies, inspired by Ethereum, these tokens also can store the data that actually makes up a social network, such as the text of posts (one of Ethereum’s inventors, Vitalik Buterin, was involved with bitcoin early on and in 2013 proposed the Ethereum protocol in part because he wanted to create a world in which no single company could control digital assets). This dual function illustrates the inspired weirdness that is Web3: If money can become code, then money can be way more than a means of exchange; it can also do anything that other software can do.

This core insight, a sort of E = mc² equivalence between money and software, is why true believers in Web3 think it could have such a huge impact. Suddenly every activity humans engage in, from buying and selling a house to liking a post on social media, can be made part of a token-based financial system of a scale and complexity that makes today’s look like an antique.

Paul Meed, CEO of Moonbounce, one of the startups building an app with DeSo, thinks that using crypto to create new kinds of exchange between creators and their fans on social media will ultimately work, but that it’s still early days for the idea and technology. Making every interaction between friends on a social network into a monetary transaction still feels strange for most people, and he sees a great deal of pushback from young people and fans of creators whenever the idea comes up.

“I have a friend with a couple million subscribers, and he made one test video on YouTube where talked about NFTs, and it was his most downvoted video of all time,” he adds.

Rather than funding DeSo in the traditional manner—by creating a startup and asking the wealthy mandarins of venture capital to part with money in exchange for partial ownership—DeSo instead sold early investors, including Andreessen Horowitz, some of its crypto tokens. Any social media service or app built atop the DeSo blockchain—there are more than 200 of them so far, all of them tiny—must use the DeSo token. The more people and groups build, the more valuable the DeSo token could become. That’s the company’s business model, rather than charging licensing fees or selling advertising.

Analogies fail in corporate arrangements as novel as these, which is one reason blockchain startups remain obscure to most investors. Critics claim such obfuscation is deliberate, and is as much about hiding suspect financial and technical engineering as it is a consequence of any supposed innovation in business models.

“The current blockchains are like woefully underpowered computers that can only do a very, very small amount of transactions, and the things they can do are shockingly limited,” says Stephen Diehl, a programmer in London whose frequent essays about the pitfalls of blockchain technology and Web3 have made him one of…

Read More:Jack Dorsey and the Unlikely Revolutionaries Who Want to Reboot the Internet

Can Banks Overcome the Fear of Crypto?

Can Banks Overcome the Fear of Crypto?