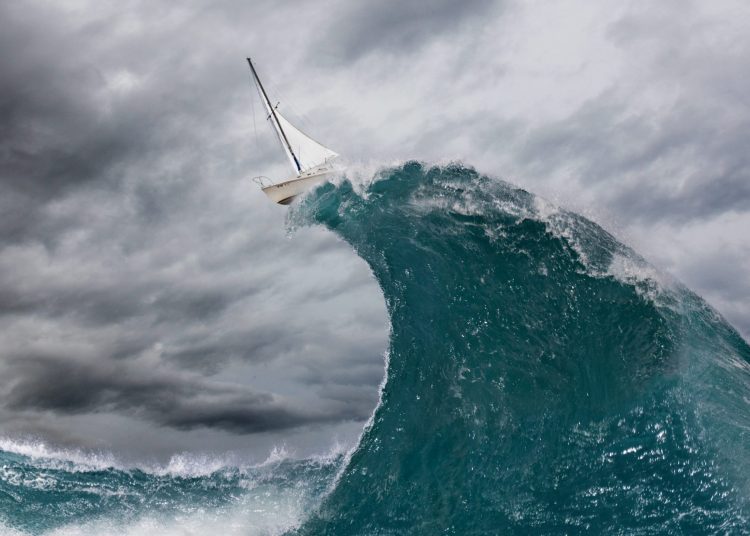 What’s been mooning, what’s been shaking (quivering, even) in the volatile cryptoverse as we head into the weekend? Let’s find out…

On a day when Reddit (one of the biggest social platforms for crypto investors) announced it’s going public with an IPO, the crypto market is chopping down… and back up… and sideways.

Uncertainty, and no small amount of fear, is still ruling sentiment for now. A decent pump and a resistance line or two turned back into support on the charts (US$53k BTC seems to be one to watch), and things could yet change very quickly.

At the time of writing, the entire cryptocurrency market cap is down 4.2 per cent, and sitting around US$2.29 trillion, give or take a few hundred billion dollars.

Here’s the state of play in the top 10 by market cap at press time, according to CoinGecko data. (Of course, the usual caveat: this could be quite different by the time you read this.)

As you can see from above, the top 10’s biggest action right now is happening at the tail-end of the list.

Moving up a notch since this time yesterday, Avalanche (AVAX) continues its surge. And it seems the influential Andre Cronje, a noted DeFi architect within the Fantom (FTM) ecosystem and the creator of yearn.finance (YFI), is a fan of the smart-contract protocol du jour…

I am honestly so happy to see @avalancheavax getting recognition. Its one of the few tech plays I respect in a sea of fork scams with manipulative marketing. @kevinsekniqi @el33th4xor seriously, I wish you only the best!

As for rival layer 1 platform Polkadot (DOT), there’s no reason we can see as to why it should be losing ground at present. As with all top cryptos right now, HODLers might just need to remain patient.

Dec 18th at 6pm CET, tune into the #PolkadotParachainParty to celebrate the final stage of Polkadot’s launch with the first five parachain auction winners: @AcalaNetwork, @MoonbeamNetwork, @AstarNetwork, @ParallelFi, and @clover_finance.

Moving on to Bitcoin (BTC)… it’s been chopping about like a sushi chef on speed today. A short time ago it was down around US$45,700, and at present we’re in $47k territory again.

Bullish or bearish? It seems that opinions among traders and analysts are more divided than ever right now…

$BTC Bull Market#Bitcoin continues to hold the 200-day SMA as support. Traditionally, this indicates that an asset is in a bull market.

Do you think we’re still in a #BTC bull market? pic.twitter.com/rihkpC29WZ

Unfortunately, it’s starting to look like a fakeout is in the works.

I am currently seeing a double bottom set up as H4 did not close below support. I would use some serious RM here as these liquidation cascades continue. #Bitcoin #cryptocurrency #cryptotrading #cryptonews pic.twitter.com/65AeCQW81m

Zoom out, or zoom in? As trader Roman infers above, prioritising risk management might not be a bad shout. That way you can feel more comfortable zooming out…

Michael Saylor: Microsoft has been quite successful even without a Berkshire Hathaway investment.

So just bc a successful investors doesn’t embrace #Bitcoin doesn’t mean that it’s not going to grow,

Sweeping a market-cap range of about US$25 billion to US$1 billion in the rest of the top 100, let’s find some of the biggest 24-hour gainers and losers – at press time.

Moving below the crypto unicorns (in some cases well below), just a small selection catching our eye…

solid flip of 25k here and should be a quick run to 35k+ https://t.co/g2qcLgGj6H pic.twitter.com/4YXsRgkgAg

With Clover Finance having just won the fifth slot in the highly coveted Polkadot ecosystem parachain auctions, this appears to be a classic case of “sell the news” for traders tooling around with CLV.

1/ With over 9.7M $DOT contributed from more than 11K contributions, we want to thank all of you who supported us along the way. We are so LUCKY to have your support! https://t.co/2Bxepaxpik

How to Pay With Crypto on Amazon