Bitcoin miners and pools hold on and hold their BTC hard 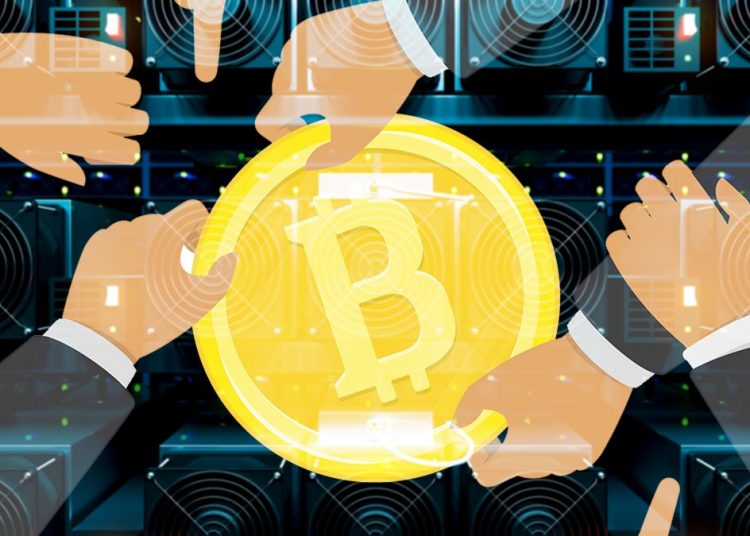 Mining pools hold about 1.8 million BTC, according to CoinMetrics.

Miners and pools account for just over 13% of the total bitcoin supply.

Bitcoin (BTC) miners are holding their coins with momentum, and right now, the unspent supply by them is only 500 BTC away from hitting a new all-time high.

This is evidenced by the blockchain analysis firm Glassnode, which in one of its graphs showed that at least 1.2 million BTC are in the hands of the miners at the close of the first half of December, in a clear hodler sentiment that is now extrapolated to those who keep the network alive.

This brings it closer to a new ATH, which was last reached in late 2020, when miners they came to have an unspent supply of 1.77 million BTC. 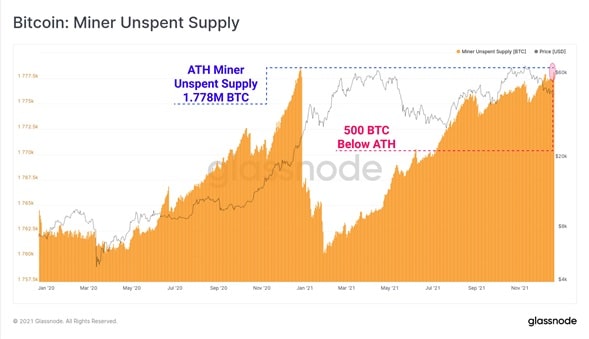 The behavior of miners can be compared with that of mining pools, which, although they have historically held down, have at least 1.8 million equal and static BTC in their portfolios, according to the mining company Braiins .

According to the CoinMetrics graph shared on the company’s website, miners hold holdings of about 850 thousand bitcoins, this at the close of December 18.

The interesting thing is that both pools and miners have shared a holder impulse this year, despite the fact that the latter experienced scenes of great sales, caused, in large part, by the onslaught of China against the activity.

This, in addition to the fact that miners and pools concentrate, at least, 13% of the total supply of bitcoin, of which 90% has already been mined, according to what we register in CriptoNoticias. 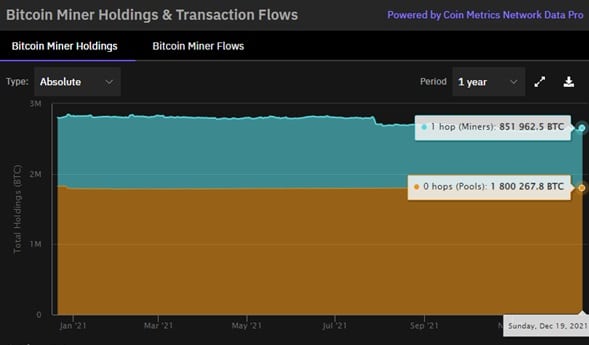 Pools and miners are entrenched in their bitcoin holdings. Source: Braiins.

A reading of the holder performance of miners and pools is that it is an imminent upward cycle, because, at the time this occurs with the miners of the first cryptocurrency, supply on exchanges remains low.

Similarly, makes it infer that miners prefer to borrow in BTC rather than sell them, a practice that has been going on for two years, but which has gained relevance during 2021.

It is noteworthy that typically BTC miners they are forced to sell their earnings out of need for fiat money, many times essential to maintain their operations.

However, now with the tendency to borrow, the intention to hold BTC has taken hold as part of the activity, as the graphs show. 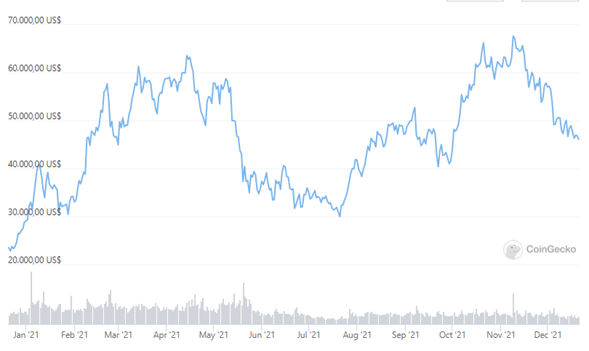 In fact, in CriptoNoticias we recently reported that 9 mining companies had as part of their strategies to request loans, precisely to hold bitcoin.

According to a report by The Block, this strategy of storing or hiding bitcoin it has also been adopted by listed mining firms, such as Marathon, Riot, Bitfarms, Hut8, Greenidge, Argo, HIVE, Cleanspark, and BIT Digital.

It is understandable that, with these actions, bitcoin is gaining more and more prominence as a store of value to which all those who are part of the ecosystem are adhering, and now having miners as part of a prevailing sentiment, above all , when there are corrections in the price.

Read More:Bitcoin miners and pools hold on and hold their BTC hard

This Plot Of Digital Land Just Sold For $22,997 In ETH In The SandBox | Benzinga