These Indian Crypto-Startups Are Making a Buzz Worldwide | 📲 LatestLY 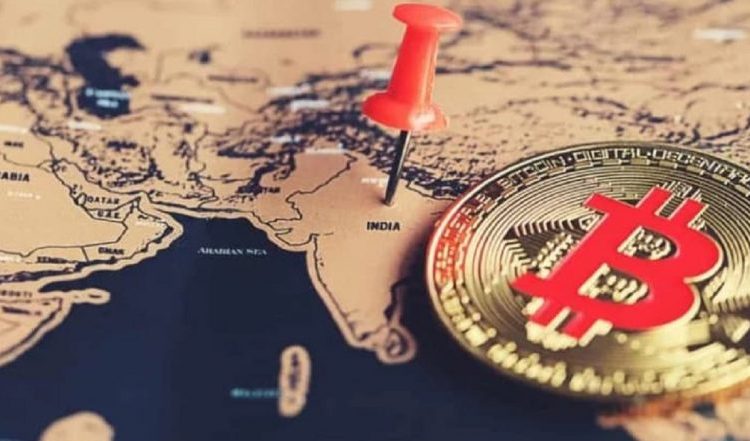 
When Satoshi Nakamoto – the anonymous person or people – created Bitcoin on the back of blockchain technology, what nobody quite envisioned was that it would go on to create an industry that thrives on the very same technology employed.

That market is now valued at nearly $5.3 billion globally, with the same expected to grow to $34 billion by 2026.

However, cryptocurrencies as an asset class are not the only force driving the growth of this industry. There are several organizations in the backdrop that have emerged to be the backbone of the industry, thus creating a ripple effect.

In fact, what is most striking about the emergence of this industry is the parallel with the Internet revolution. This has roped in companies and countries alike, with a majority of them already looking into ways to tap into this technology and be the major contender of this new race.

In this aspect, India is by no means lagging behind.

The country has seen a significant rise in startups associated with cryptocurrencies and blockchain technology, with these companies raising nearly $600 million in funding this year alone – Its highest figures so far. Notably, while this industry is on the rise in the country, there are some Indian crypto-startups that are already making great strides in the global market.

Some of the homegrown crypto-startups that have made a name for themselves on a global scale are – Polygon, AMBCrypto, Hyperlink, WazirX, Bitdeal, CoinSwitch Kuber, Bitdeal, MindDeft,  Covalent, InstaDapp, SoluLab. and Nuo.

Previously known as Matic Network, based out of Bengaluru, the company was founded by Sandeep Nailwal, Jayanti Kanani, and Anurag Arjun. The start-up was launched in 2019 with the intention of providing layer two scaling solutions for products built on top of the Ethereum network.

Since then, the company has rebranded as Polygon – Ethereum’s Internet of Blockchains – in pursuit of transforming Ethereum into a “multi-chain ecosystem with secured Layer 2 & standalone chains.” The firm has also partnered with other companies such as Infosys’s – M-Setu and Trace Network, followed by the start-up acquiring Mir Protocol – a ZK-rollups startup.

Notably, this project is by far one of the most successful Indian start-ups in the entire sphere with its cryptocurrency securing a position among the top 20 in the market with a market cap of over $14 billion. Moreover, the firm has managed to secure an undisclosed amount of funding from Mark Cuban, in addition to the $5 million raised by an Initial Exchange Offering [IEO] via Binance.

AMBCrypto is a Bangalore-based media company that reports on all things cryptocurrency and blockchain technology. The company founded by Jeevan Thomas and Himanshu Kumar towards the end of the 2017 bull run has seen major growth in terms of audience and as a company.

The founders noticed that there weren’t many news websites that were focusing on the actual potential of the space and catering to new audiences that had absolutely no clue about the technology, but were nonetheless curious. Seeing this, they decided to step in and report on the space that is not just by Bitcoin, to Bitcoin, and for Bitcoin.

Since then, it has risen to be the go-to portal for crypto-enthusiasts and crypto-noobs seeking authentic and unbiased reporting on leading cryptocurrencies. The news portal’s main audience today is based in the United States, Russia, India, Turkey, and Vietnam.

Interestingly, the lack of depth in reporting was not the only factor the founders found amiss, but also the lack of reach. The firm very early on realized that there were hardly any crypto-dedicated media portals that were catering to the non-English reader base.

In an endeavor to solve this, it soon launched news portals that report in Spanish, Hindi, Japanese, and Korean. It further aims to launch more crypto-focused portals in different foreign and regional languages. This initiative has acquired the company a dedicated audience across the globe and aided the growth of the firm as a whole.

Moreover, the company has shown that it adapts to change over the years and keeps a lookout for the needs of its audience. It recently launched Unhashed, its newsletter that has already acquired around 70,000 subscribers. This keeps the readers up-to-date on market movements in a crisp and concise manner and without having to look at various channels.

Moreover, the media firm has also partnered with several channels in order to boost its growth. This list includes JioNews, Cryptopanic, TradingView, and CoinMarketCap.

The media portal that had only two of them in the beginning now has a total of 25 people working for the firm from around the world working in various departments. Remarkably, the media firm that has not been funded by any entity or investor saw its audience grow from a couple of hundred thousand in 2018 to a solid 5.30 million by the end of 2021. This stride has resulted in the start-up securing a position among the top 5 cryptocurrency news portals in the world.

WazirX is a cryptocurrency exchange headquartered in Mumbai and founded by Nischal Shetty, Siddharth Menon, and Sameer Mhatre. The exchange was launched in the year 2017 – During the very first bull run that amassed the attention of the world for the first time.

What sets this crypto-exchange apart is that it thrived in the market despite facing regulatory hurdles.

Months after the exchange was launched, the Reserve Bank of India, the country’s central bank, released a notice stating that Bitcoin and its like were not legal tenders and prohibited banks under it from providing services to all individuals and businesses associated with anything related to cryptocurrencies.

This acted as a major setback as people would not be able to effectively use them as a gateway to buy and sell cryptos, eventually resulting in several exchanges shutting down their business.

However, WazirX was able to successfully circumvent this problem by launching peer-to-peer trading, with Tether [USDT] playing a key role. This led to the exchange acquiring a huge user base and becoming the exchange that ruled India’s market for the longest time. Following this, the exchange was acquired by Binance – one of the biggest crypto-exchanges in the world.

Despite the ownership change, the exchange continues to have a huge user base in the country and shows signs of growing even more in the future.

The start-up launched by two brothers, Sowmay Jain and Samyak Jain, focuses on the decentralized finance space [DeFi] which has been one of the constant highlights of the cryptosphere these past two years. The brothers who found their passion at an Ethereum event held in Bengaluru – ETHIndia – raised $2.4 million in funding.

The seed funding was backed by Pantera Capital, Coinbase Ventures, gaining the attention of even investors like Balaji Srinivasan – then CTO of Coinbase, and Naval Ravikant – CEO of AngelList. Following the same, the start-up also held another round of funding, garnering another $10 million from investors such as Longhash Ventures, DeFi Alliance, and Standard Crypto.

The platform enables cross-chain DeFi management as it “acts as the middleware that aggregates multiple DeFi protocols into one upgradable smart contract layer.”

This Ahmedabad-based blockchain solutions provider was started by Krunal Soni and Manoj Dhanak in 2015. This start-up focuses on developing blockchain applications, with their services branching out to DeFi applications, stablecoin development, NFT, security token offering, and other enterprise solutions.

This firm specializes in platforms such as cryptocurrency wallets, Ethereum, Hyper Ledge, and smart contracts. Moreover, its clientele includes the likes of Augur, Element Zero, ApeOnly, among others. Thanks to the blockchain services provided, the company has managed to expand its base in other countries like the United States and the United Kingdom.