‘Battlefield 2042’ was meant to have “earthquakes, fire tornadoes” and more 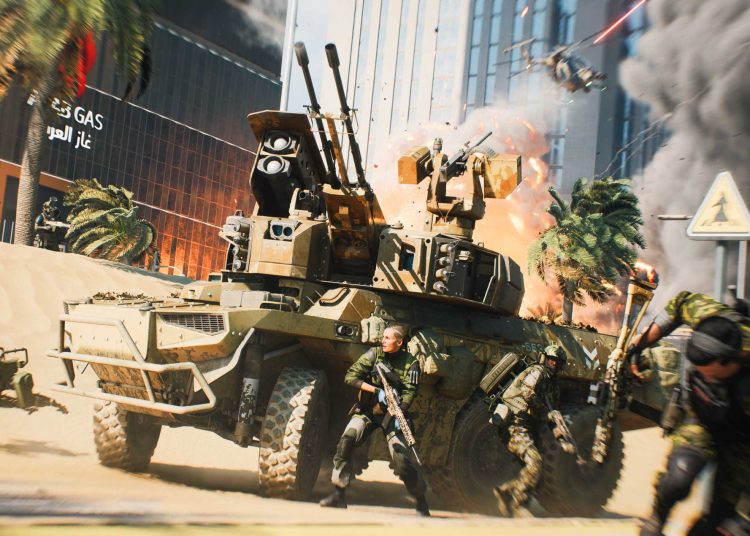 Industry insider, Tom Henderson, tweeted that EA Dice cut the expanded weather effects to focus solely on the twister, the only effect to make it to the game.

A summer 2020 presentation of #Battlefield2042 contained earthquakes, fire tornadoes, tsunamis, and volcano eruptions – But due to lack of time, they needed to just focus on the twister.

Supposedly, the original effects were shown as part of a Summer 2020 presentation, about a year before the final game was unveiled.

Battlefield 2042 has had a rocky launch. Its last update of the year was released earlier this month. It was the fourth such patch since it launched in November. One earlier patch saw over 300 issues addressed. That patch led to server issues which did not delight fans in the slightest.

A satisfaction survey was also issued to players in a bid to find out what had gone wrong for the franchise. In addition, a new head for the franchise was announced. Respawn co-founder, Vince Zampella, has taken the helm.

While it has not been a good time for Battlefield 2042, other parts of the industry have revelled in it. Recently, Clownfield 2042 was spotted on the Steam store. It occurs after a “2022 crypto crash” that sees nations crash and the union of “No-Clowns” formed. Players fight it out on Battlefield-like maps filled with mediocre weather and world events.

In other gaming news, Final Fantasy 7 Remake Intergrade is likely to be coming to Steam after a datamine revealed relevant files exist.


Read More:‘Battlefield 2042’ was meant to have “earthquakes, fire tornadoes” and more

Dogecoin to Ethereum founder: What crypto CEOs are saying about Luna Terra crash

What We Can Learn from Terra’s Fall, and What’s Next for Crypto

Crypto markets are in freefall this month—and their struggles have been gravely exacerbated by the demise of a $60...

A small KiwiSaver provider is standing by its cryptocurrency offering, despite the recent downturn for the digital money. Photo:...