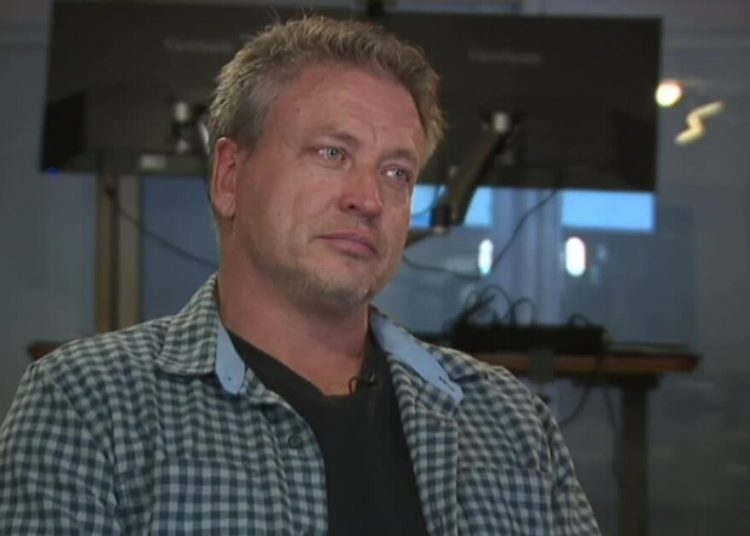 
DENVER — It appeared as if retirement would come early for 52-year-old Denverite Steve Belcher, but the millions he thought he made in November by investing in cryptocurrency turned out to be a lie.

Belcher would be one of the thousands who’d fall to a new cryptocurrency scam, which has recently been sweeping through the United States, according to the FBI.

“I always thought ‘I’ll never fall for something like that,'” Belcher said in an exclusive interview with Denver7.

But just a few months after moving to Denver to be closer to his children, Belcher would fall for a woman on a dating app.

If only he knew…

“I met Shikuka Suzuki, who also lived in Denver, and was interested in a lot of the same things,” Belcher said.

The two clicked instantly, messaging for several weeks, but never meeting in person. Eventually, they’d talk about cryptocurrency, a decentralized currency with a widely fluctuating value that reached more than $3 trillion at one point in 2021.

Belcher has made about $70,000 in the few years he’s been invested in cryptocurrency, and he said Suzuki told him she, too, has made a mint.

“The conversation led to she invests on this platform that has both a mobile app and a web app that she directed me to go sign up for my own account,” Belcher said.

Belcher, the software engineer himself, signed up and everything checked out.

“I registered and it looked like a legitimate site, was good software.”

Suzuki convinced him to invest heavily in the volatility of Bitcoin on the app.

“The rationale: Small changes in Bitcoin are large changes in USDT,” Belcher said. “It made sense to me.”

Belcher deposited small amounts of cryptocurrency into the app, and Suzuki told him when to “buy long or buy short.” Each time, he would “make” some money.

“Then, I withdrew the cryptocurrency, and it all seemed to work seamlessly,” he said. “So I thought, ‘OK, no problems.'”

“I start transferring money out of my retirement accounts to this platform,” Belcher said.

“My balance at the end of the investment plan is over 8 million USDT on the platform,” Belcher said.

It appeared to be the best decision of his life until he attempted to withdraw the money. He couldn’t. A “customer service agent” with the app said “you need to repay the loan before you can withdraw cash from your account.”

The app wanted $1.5 million from Belcher, threatening to freeze his account if he didn’t pay up. When he asked them to take it out of his “$8 million balance,” they refused.

“So, then I go look on the FBI site and lo and behold, there’s this public alert about this type of scam,” Belcher said. “I’m 52, my entire life savings, gone in a matter of a month.”

Belcher, in tears, said he intended to use the money, in part, for his childrens’ future to pay for their college tuition and help them out with any other major financial situations that would come along the way.

Thousands of other victims have identical stories: Meeting someone on a dating app, depositing money into a fraudulent investment app and losing it all to this new scam dubbed the “Pig Butchering Scam.”

“The victims are the pigs, and they’re being raised for a good, long time. Suddenly, you go and try to withdraw money from this third-party investment platform and you’re unable to. That’s when you know that pig has been butchered,” said Grace Yuen, Global Anti Scam Organization spokeswoman.

GASO is a volunteer-led group that uses donations to advocate for the thousands that have fallen to this particular scam.

GASO Deputy Director Jan Santiago says the scam started in China in late 2019, but is now becoming more prevalent in the United States. Scammers are using translation programs to communicate seamlessly with their victims.

“Most have college degrees. They may have masters, many of them have doctorates or they may be physicians and they’re doing very well in their careers,” Yuen said.

GASO says more than 75% of the victims who go to them have lost more than 50% of their net worth.

Between January and July, the FBI received more than 1,800 complaints related to crypto-romance scams, resulting in more than $133 million in losses.

In Denver, local authorities confirm they have seen a steady increase in crypto-related scams.

Experts say there are likely more victims who have never reported because of shame and embarrassment. Those who do go to police are in for a rude awakening, according to former FBI Special Agent Roman Garcia.

“If you or I were ripped off and we went to the police department to say we’d lost 0.6 Bitcoin and we’re very emotional about it, they see our emotion and they hear the hieroglyphics or things they don’t understand. Then, it’s in one ear and out the other because there’s a bank robbery, they got to get to or whatever that’s easier to deal with,” Garcia said.

Most of these locally reported scams are turned over to the FBI’s internet Crime Complaint Center, or IC3.

“I have never seen any resolution from IC3.gov. It’s a great repository,” Garcia said.

“The squeaky wheel gets the grease. The bigger agencies that are entities that lose a lot of money, that’s where all the effort goes,” Garcia said.

Garcia currently works as a global private investigator for Cyber and Cryptocurrency Intelligence, a private company that started in 2021 that assists local and federal law enforcement with cryptocurrency scam investigations. Belcher hired CNC to look into his case.

Few victims ever hear back from the FBI. Even the IRS Criminal Investigation Unit admits most victims will never see a dime of what’s been lost.

Losing her money wasn’t the worst part of the scam for Elli.

“To me, that wasn’t as bad as losing trust in people,” Elli said.

Still in her 20s, the clock is on her side to heal. But a very different reality is apparent for Belcher.

“I’m on the last half of my life. So, being able to recover from this, I don’t necessarily have enough time to recover fully,” Belcher said. “If I was going to leave anything to my children, I can forget about that.”

Now, Belcher wants to raise awareness so others don’t make the same mistake.

Here are some tips on how to protect yourself from scams like these.

Editor’s note: Denver7 seeks out audience tips and feedback to help people in need, resolve problems and hold the powerful accountable. If you know of a community need our call center could address, or have a story idea for our investigative team to pursue, please email us at contact7@thedenverchannel.com or call (720) 462-7777. Find more Contact Denver7 stories here.

The crypto industry’s deepening ties to banks and asset managers will pose a risk to financial stability, the European...

In his speech to the Rotary Club of Aiken on Monday, Dr. Paul Newsom offered his audience some encouraging...

From mainstream media to the most niche corners of the internet, crypto and the entire language of related terms...

‘I Have Lost Everything’: Young Indians Hit Hard by Crypto Crash But No Plans to Stop

“I absolutely don’t have the courage to look at my crypto investments right now. They’ve been more than halved!”...