Will Canada really be a “magnet” for cryptocurrency trading? 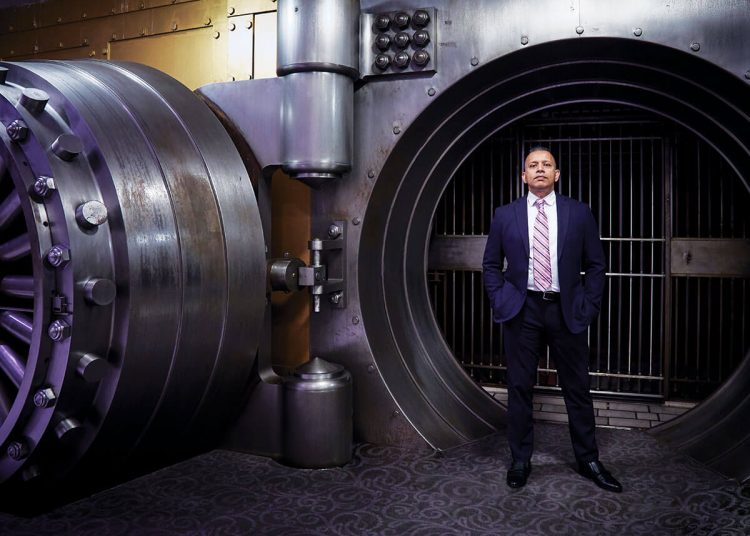 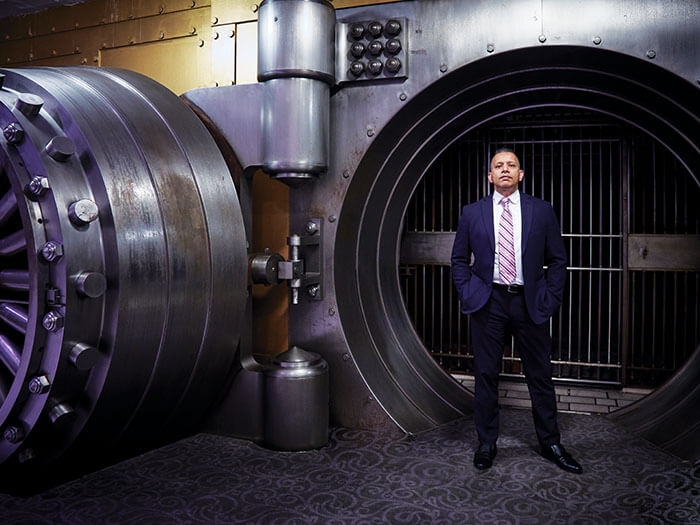 There’s a story that Jerome Dwight likes to tell: one afternoon in fall 2008, then-finance minister Jim Flaherty called to pick his brain on a matter of more than a little urgency. How, he wondered, could Canada avoid the worst of the financial crisis unfolding to the south?

The call wasn’t exactly out of the blue. At the time, Dwight had just become president and CEO of the Bank of New York Trust Company of Canada, a subsidiary of the Bank of New York (BNY) Mellon. The latter was as close to Wall Street bedrock as it got—a centuries-old institution and long a trustee of choice for governments, endowments and other fixtures of the U.S. economy. That October, BNY Mellon was chosen as master custodian for the U.S. Treasury Department’s US$700-billion bailout fund, meaning it would hold, disburse and account for the trove of cash meant to prop up the U.S. economy.

When Flaherty connected with the bank’s top man in Canada, the pair got to brainstorming. That turned into a joint delegation to Wall Street to discuss Canada’s relatively more steadfast regulatory environment. Weeks later, Dwight was waiting for Flaherty outside BNY Mellon’s One Wall Street skyscraper, on the lookout for whatever bulletproof limo or other conspicuous conveyance might signal the arrival of a G7 finance minister. As he waited, a yellow taxi pulled to the curb—and out popped Flaherty and an aide. “It was a truly Canadian moment,” recalls Dwight. “No fanfare at all.”

They then rode a private elevator to a 70th-storey boardroom, where Flaherty led a discussion animated by one central question: “How do we do things better in Canada?”

More than a decade later, that question is newly relevant to Dwight. Last March, he was hired on a consultant basis and given the title as president of fintech outfit Brane Inc. to help speed up its transition from startup to a new kind of financial institution: a made-in-Canada qualified custodian for crypto­currency assets. In other words, a licensed trustee holding crypto in secure storage, subject to specific rules intended to protect investors’ assets, compliant with industry-wide system and organizational controls (SOC) auditing standards.

It’s easy to see why the Flaherty story is so appealing to Dwight. Besides some forgivable name-dropping, it illustrates everything he says he’s been trying to do over the past year as Brane has moved through the regulatory process, hoping to bring new stability to an asset class better known for its anarchic origins, extreme volatility and short but fraud-plagued history. And Dwight sees Canadian-ness, of the kind he and Flaherty espoused on Wall Street, as an intrinsic part of Brane’s value proposition.

“We’re rebuilding what traditional custody looks like for the crypto-asset class,” he says, “but we’re doing it in a very Canadian way: heavy on humility around risk, a conservative culture when it comes to financial regulation; all of the things that helped us be the gold standard post-financial crisis [are what] we’re incorporating.”

Ten months after his hiring, Dwight already announced plans to move on from Brane, declaring his mission there accomplished. In December, Brane received letters of incorporation from Alberta Treasury Board and Finance to become a licensed trust company—at press time its final registration as a trust appears imminent. (Initially, Brane had planned to be the first such custodian in Canada, but Alberta-based Tetra Trust snagged that title in July.) It’s also aiming at an IPO for 2022.

“This seems like a calling for me, to come in as an accelerator for organizations that need it,” Dwight says of his departure, “and answer that question: how can technology better transform financial services and make it more inclusive?”

Dwight is optimistic that Canada has an opportunity to hit the regulatory sweet spot around crypto that could make the country a magnet for international investment—a regime taking a pre-emptive, proactive approach to regulation, yet careful not to stamp out innovative ideas. 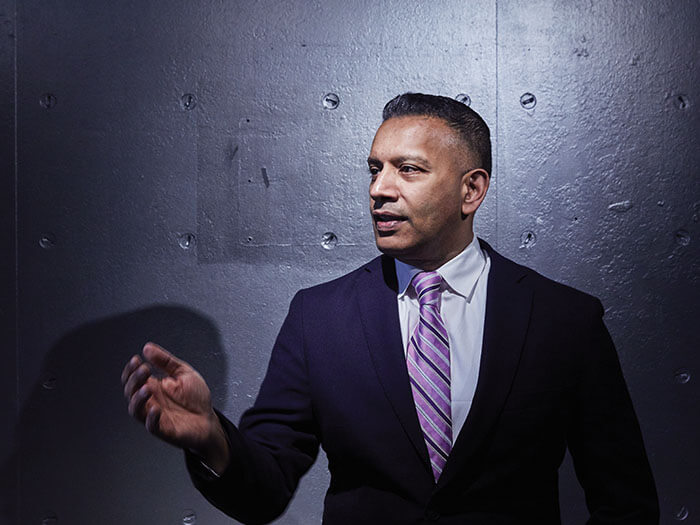 Take, for example, the Ontario Securities Commission’s (OSC) approval in February 2021 of the world’s first direct custody Bitcoin ETF, by Toronto-based Purpose Investments. Or consider the regulatory sandboxes developed by the OSC and Canadian Securities Administrators (CSA) that allow financial innovations to test the waters while exempt from the typical rules of full compliance with traditional regulation. (One well-known example is the CSA’s approval of Wealthsimple’s crypto-trading platform, allowed in 2020 to operate with an exemption on traditional prospectus and reporting requirements.)

And then there are the moves taken in the past 24 months by the CSA to define the contractual right to custodied crypto assets as a security. That makes Canada the first jurisdiction in the world to do so, putting Canadian crypto dealers and custodians on a path to regulation not seen elsewhere.

Dwight thinks that reputation can make Canada (and Brane) a magnet for crypto investors seeking refuge from uncertainty and volatility. The challenges are big: crypto is a fast-moving space, other jurisdictions are hard at work figuring out their approaches and Canada is still a small player in the big scheme of things.

“We’re trying right now to find that trade-off between innovation and regulation, security and change,” says Ryan Clements, a law professor and crypto-regulation expert at the University of Calgary. He agrees that Canada may have a chance to position itself as a safe haven for crypto investment—but how it all shakes out is far from certain. “To some degree,” he says, “the country’s reputation is at stake here.”

If the importance of secure custodianship for crypto assets was in any doubt, it became crystal clear after December 2018, when 30-year-old Gerald Cotten—founder and CEO of QuadrigaCX, then Canada’s largest crypto exchange—died suddenly while on honeymoon in India. Cotten’s death left $250 million in both crypto and fiat currency (ostensibly owned by 115,000 people) in electronic limbo. Jennifer Robertson, Cotten’s widow, alleged that neither she nor anyone else knew how to access the assets; the private keys used to access QuadrigaCX’s cold wallets were solely held by Cotten.

That alone is a cautionary tale. But it turned out that Cotten had also been running a Ponzi scheme with client assets, siphoning them off to enrich himself. Not only were the assets unrecoverable in some cases, most were simply gone. When the crypto market slowed in 2018, a flood of clients cashed out their holdings and QuadrigaCX’s assets started running low. Cotten began redirecting his personal wealth to QuadrigaCX to stave off the exchange’s collapse. An OSC investigation later revealed that the majority of the exchange’s losses were actually due to fraud.

If Cotten sounds like a crypto Bernie Madoff, well, he was. So, no wonder Dwight saw a direct connection between Brane’s business and his work with BNY Mellon. “I feel this sense of urgency and mission to make sure we never have another Quadriga,” he says.

QuadrigaCX isn’t the only high-profile Canadian crypto fraud: in 2020, the OSC found that another major exchange, Coinsquare—prior to applying to the Investment Industry Regulatory Organization of Canada (IIROC) for registration as an investment dealer—had knowingly been overstating trading volumes by as much as 90 per cent. Three top staff departed the company, two owing fines in the million-dollar range.

The aftermath of QuadrigaCX stoked newfound interest in regulating the sector. In 2019, IIROC and the CSA put forth a proposed regulatory framework for crypto-trading platforms, suggesting that, if crypto assets were deemed to be securities, they’d be subject to regulation. In 2020, CSA declared that in cases where a platform holds custody of a crypto asset on behalf of the buyer (rather than deliver it directly to the user’s personal crypto wallet), that expectation of future delivery creates a security—a contractual right to later delivery of the asset. Ergo, crypto exchanges need to be registered.

“The Americans are wrestling with this,” says Clements. “With [Securities and Exchange Commission chair] Gary Gensler coming in, there’s a much greater desire to bring crypto-trading platforms within the ambit of securities. But there are also all these proposals from the crypto industry, from venture capital firms, for bespoke regulatory regimes. It’s up in the air in a way it isn’t here.”

Any crypto-trading platform in Canada now has to either become a qualified custodian or use an external one that meets certain requirements.

Not everyone is willing to play ball in Canada, either. Earlier this year, the CSA reaffirmed that crypto-trading platforms in Canada would need to apply for registration and regulation. When the OSC began threatening enforcement action, one of the world’s largest crypto exchanges, Binance, packed up and left the province of Ontario altogether.

“They could have hired counsel and gotten regulated in Canada,” says Michael Arbus, CEO of Canadian crypto exchange Bitbuy. “But . . . they said, ‘This rule system is overly onerous compared to what we’re being forced to do around the world, we’re not going to bother’ . . . It showed, I think, the strength of what the [Canadian regulators] designed.” It was, he says, a process that “offended” global actors, but in so doing paved the way for made-in-Canada solutions.

What does this all mean for custody? Simple: any crypto-trading platform in Canada now has to either…

Read More:Will Canada really be a “magnet” for cryptocurrency trading?

Bitcoin has its own 1% who control outsized share of wealth

Crypto Exchange Fees War Heat Up in the US – Who Will be Winners?

The ongoing bear market in the crypto market is forcing exchanges to make strategic changes to sustain their operations....

Investors in ether and its troubled twin stETH are nervously anticipating a crypto milestone: The merge. That's the name...