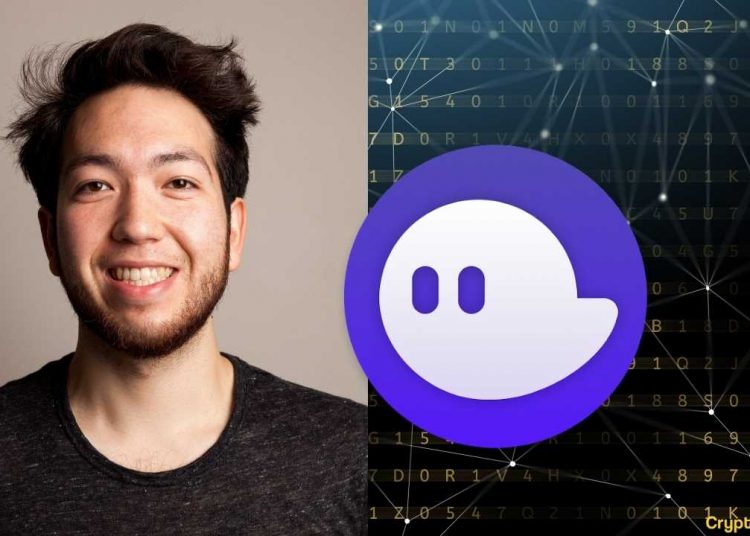 
Solana is undoubtedly amongst the fastest growing ecosystems, as well as one of the hottest networks. There are hundreds of teams building various projects ranging from financial applications to non-fungible tokens and blockchain-based games. It has managed to successfully position itself as one of the main competitors for Ethereum.

The vibrant and dynamic ecosystem was perfectly represented during the Solana-dedicated conference that took place in Lisbon earlier in November: Breakpoint.

During the conference, CryptoPotato had the chance to interview Brandon Millman – the CEO and Co-Founder of Phantom Wallet – the leading non-custodial wallet on Solana. We talked about the exciting intricacies of building in this thriving environment while also discussing some of the challenges businesses face.

We wanted to start by asking why Phantom chose the Solana blockchain, but the vibe of the conference gave it all – there are so many projects, filling up the conference hall, building a variety of applications in a multitude of market segments: From gaming and non-fungible tokens (NFTs) to financial apps and wallets, there’s been a bit of everything, and it was a pleasure to see.

With this in mind, we asked Millman what was his impression of the conference and if he’s seen anything like it before.

“The conference has been really awesome. I feel like there’s a lot of really awesome energy and part of it is people being tired of COVID and whatnot. I think it’s the first conference for many people in a while. And I think people are just kind of extra enthusiastic.

But yeah, it was the first time for me to meet so many people who use Phantom in person. So that’s been really awesome.”

And while we all knew that the Solana community is strong, seeing it live is an entirely different ballgame. Millman said he “was also pleasantly surprised.”

Now, it’s worth noting that Phantom recently revealed that they are working on a mobile app, so we were eager to understand what’s the next big thing to expect from Phantom.

There’s a couple of things that we’re looking at for later: We’re also looking to add more NFT specific features like being able to buy and sell NFTs or that sort of thing. We’re thinking about some of those.

And then, probably earlier next year, we’re thinking about adding support for EVM-based chains like Polygon. Right now, we are very focused on the mobile app.”

We also wanted to talk about some of the phishing and scamming attempts that Phantom had to deal with and the lessons they’ve learned from it.

The main lesson here is that anti-phishing and anti-scamming have to be a core part of the company moving forward. Scamming is only getting more sophisticated, so we’ll basically need to be able to play this sort of cat and mouse game.

For example, there are five new fake Android apps coming up every day. We’re working proactively with an external firm to help take those down as soon as they come up.

That’s just something that we didn’t really anticipate. The other common scam is when they take out Google Ads under the Phantom name and make people go to a fake website where they give them something called a rotten seed phrase.

Basically, it’s a seed phrase that they already control, but they’re giving it to the user as if it’s a new one, and then they go, and then they ask the user to download the app and then put the phrase in there.

From one side, we, as the community, want to make crypto more accessible to everyone. But on the other side, when more users or new businesses come into the industry, we can expect a lot more phishing incidents and security incidents. Where is the equilibrium point between the two?

“I think there’s a couple of different things that we can do to try to solve some of this. A big one is education. Investing in user education, whether that means video series or articles and stuff like that, is important, and I think the entire industry can help with that.

The other direction that we’re thinking about as well is just rethinking. I talked a little bit about this on my panel yesterday (i.e., during Breakpoint conference 2021), but basically, there are non-custodial wallets where you just give the user the private keys, and they manage it themselves. And then there’s the other end of the spectrum – custodial wallets where the company itself is managing the private keys.

We also discussed some interesting facts about Phantom’s user base. Millman revealed that the majority of them are coming from the US, but “there’s a rising contingent like Southeast Asia and Russia, more specifically, has also been growing.

In terms of usage, all of the hypergrowth on Solana has been related to NFTs like drops and secondary marketplaces. These have been the most popular applications that just dwarf DeFi usage as far as we can tell.

Do you have any plans to integrate multi-channel capabilities and data networks apart from Solana?

“Actually, when we started Phantom, it was originally conceived as like a multi-chain MetaMask competitor, where you would be able to use the wallet to access DeFi apps no matter how they’re implemented, and that’s still the long-term goal.

We wanted to get to a point where if someone wants to use a DeFi app or an NFT app, the first thing they should do is download Phantom to be able to access those things no matter what blockchain they live on.

But that being said, we’re very focused on Solana right now, just because of the awesome growth that’s been happening. And we’ll probably be focusing on Solana for at least the next six months or so. It’s hard to tell, but I think next year we’ll think about doing EVM-based chains like Ethereum and Polygon.

I think the EVM compatibility will be cool because we can add things like Arbitrum and Binance Smart Chain (BSC) – that’s something we’ve been thinking about for the middle of next year. It’s interesting, the team – the three founders, we used to work at a decentralized exchange company called 0x on Ethereum. So, Ethereum is like our bread and butter – where we come from.”

With the increasing trend of decentralized governance and many companies airdropping tokens to their communities and early adopters, we couldn’t help but ask the question if Phantom has something similar in store.

“I’ve definitely heard the rumors […] I’d say it is not on our roadmap right now. But it’s probably something that we’re keeping an eye on. I think that, nowadays, we have not just normal tokens, but we have NFTs as well. And so, I think there’s a lot of room for experimentation in terms of what types of tokens might make sense with the wallet. But right now, there are no concrete plans.”

Speaking of NFTs, we also wanted to know how Millman sees the future of Solana – whether it hides in the non-fungible tokens or the newly emerging play-to-earn field.

The vast majority of the growth, recently, has been NFT-related. I think that because of the cheap fees, Solana really lends itself well to that specific user base – a lot more casual users who are not necessarily moving around in big numbers. So, I think NFTs will definitely continue to grow.

And I’m also really excited about the play-to-earn and gaming stuff coming up. I think there’s a couple of really cool teams that are building things on Solana right now, but it’s just taking a little bit longer. There’s a bit of lead time required because they’re building like full-on game experiences. I think that will be the next wave of activity on Solana, hopefully early next year.”

Do you see Solana competing with Ethereum in the long term? Do you think, eventually, it will be like a winner-takes-all scenario or whether there will be networks working with each other?

“It’s hard to tell. I think that right now, blockchain apps are serving such a small set of users, and already, the supply of blockchains is not really able to keep up.

Last but not least, we wanted to know something more personal – how Millman got into crypto and what would he say to developers and entrepreneurs who are looking to join the industry. Is it too late?

“Me personally, I joined the crypto industry in 2017 – basically the last hype cycle with a lot of ICOs and that sort of thing. I used to be a software developer at Twitter before that. I found myself reading all these whitepapers and becoming so interested in this crypto stuff that I was spending more time learning about it than focusing on normal work.

Here’s what I got right and wrong on stocks, bitcoin and China this year — and my

What Does a Risk Analysis Say About USD Coin (USDC) Wednesday?

Seven Wallets Could Have Initiated TerraUSD (UST) De-Peg, According to Crypto Analytics

A market intelligence firm says seven crypto wallets may have been involved in the depegging of algorithmic stablecoin TerraUSD...

What Does a Risk Analysis Say About USD Coin (USDC) Wednesday?