Top 10 Potential Cryptocurrencies With Highest Market Cap To Buy In 2022: Check The Lists 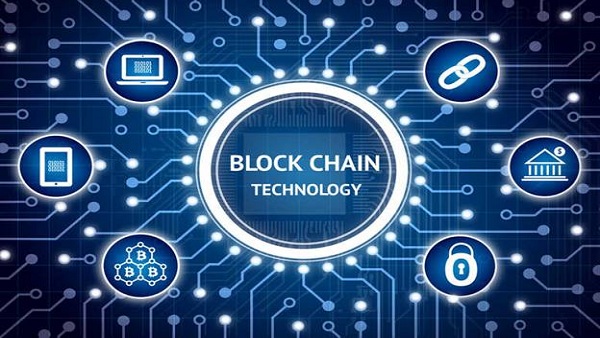 Bitcoin has been the world’s first decentralized cryptocurrency, a sort of digital asset that records, signs, and sends transactions across the Bitcoin blockchain without the intervention of a central authority.

In January 2009, an unidentified computer programmer or group of programmers using the pseudonym “Satoshi Nakamoto” established the Bitcoin network. The network is a peer-to-peer electronic payment system that employs bitcoin as a cryptocurrency to transmit value via the internet or as a store of value similar to gold and silver.

Ethereum is an open-source decentralized blockchain technology with its own coin, Ether. ETH serves as a platform for a variety of different cryptocurrencies, as well as decentralized smart contract execution.

Vitalik Buterin introduced Ethereum in a whitepaper in 2013. With Ethereum’s current pricing, your return on investment (ROI) is over 270% on an annualized basis, effectively quadrupling your investment every year since the summer of 2014.

Tether is a blockchain-based cryptocurrency whose tokens are backed by an identical number of US dollars, making it a stablecoin with a $1.00 price. Traditional fiat currencies, such as the dollar, euro, or Japanese yen, are tracked by stablecoins, which are maintained in a specified bank account.

Tether tokens, created by the crypto exchange BitFinex and trade under the USDT. Tether is the native token of the Tether network. Also, Tether is the world’s fifth-largest cryptocurrency by market capitalization, with a value of about $68 billion as of October 2021.

Ripple is a financial system that functions as both a cryptocurrency and a digital payment network. Chris Larsen and Jed McCaleb co-founded it and it was initially launched in 2012. The basic process of Ripple is a payment settlement asset exchange and remittance system, comparable to the SWIFT system for international money and security transfers, which is used by banks and financial middlemen operating across currencies.

The ramifications of these issues to blockchain networks were recognized by Charles Hoskinson, co-founder of the proof-of-work (PoW) blockchain Ethereum, who began creating Cardano and its principal cryptocurrency in 2015, unveiling the platform and the ADA token in 2017.

USD Coin is a stablecoin that is tied to the US dollar at a 1:1 ratio. Every unit of USD Coin cryptocurrency in circulation is backed up by $1 in reserve, which is stored in a combination of cash and short-term US Treasury bonds. According to the Centre consortium, which created this instrument, USDC is issued by licensed financial institutions.

The stable coin first became available in limited quantities in September 2018. Simply put, USD Coin’s slogan is “digital money for the digital age,” and the stablecoin is intended for a future where cashless transactions are becoming more widespread.

Polkadot or DOT is an open-source sharding multichain protocol that allows any data or asset type, not just tokens, to be transferred across blockchains, making a wide range of blockchains compatible.

This interoperability aims to create a fully decentralized and private web that is managed by its users, as well as make it easier to create new apps, institutions, and services.

Polkadot’s founders claim that all stakeholders, not only miners, have a say in its governance.

DOGE (Dogecoin) is an open-source, peer-to-peer cryptocurrency. It’s classified as an altcoin and a snarky meme currency. The Shiba Inu dog serves as the emblem for Dogecoin, which was launched in December 2013.

Despite the fact that it was developed as a joke, Dogecoin’s blockchain still retains value. The technology that underpins it is based on Litecoin. The cheap price and limitless supply of Dogecoin, which employs the scrypt algorithm, are notable aspects.

The new coin was founded in August 2021 by a Chinese-based designer identified only as Ryoshi. Elon Musk, the wealthy CEO of Tesla and a crypto enthusiast, has already promoted the Shiba Inu coin.

Polygon (MATIC) is the native cryptocurrency of the Polygon Network, a layer 2 platform that was launched in 2017. The Polygon Network, formerly known as the Matic Network, allows developers to design and deploy their own Ethereum-compatible blockchains with a single click, as well as allowing other Ethereum-based projects to move data and tokens amongst one another via the MATIC sidechain. It is still one of the most misunderstood cryptos in the Cryptoverse, and it is far from a simple blockchain to grasp.

To truly comprehend the Polygon Ecosystem and the value of its native currency MATIC, one must have a good understanding of the Ethereum network.

Top 10 Cryptocurrencies for the year 2021