Why bitcoin is worse than a Madoff-style Ponzi scheme 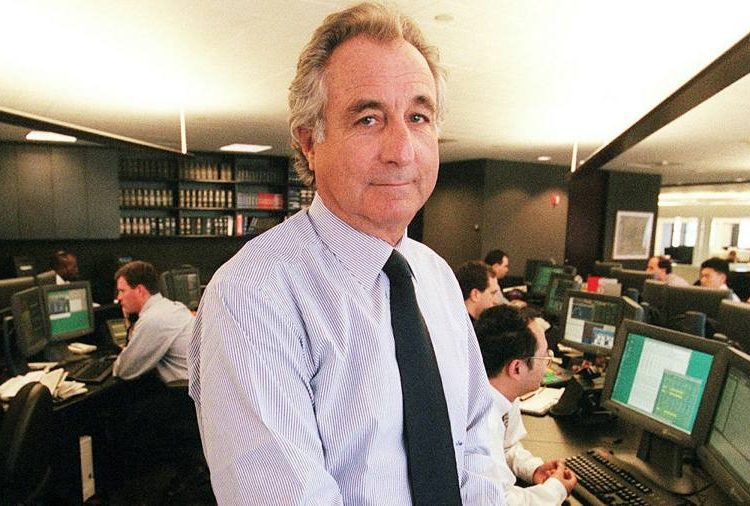 
This is a guest post by Robert McCauley, a non-resident senior fellow at Boston University’s Global Development Policy Center and associate member of the Faculty of History at the University of Oxford. In this post McCauley argues that comparing bitcoin to a Ponzi scheme is unfair to Ponzi schemes.

Bitcoin is off its all-time high of $69,000 set on November 9, 2021. It suffered a wrenching $12,000 flash crash over the first weekend in December, amid accounts of leveraged positions being closed out. And yet, even at the current price of $49,000, guests on financial TV news continue to tout it as the best-performing asset of the last N years, where N can be just about any number from one to ten. They also increasingly judge it as a credible investment in its own right.

This contradicts the longstanding sceptical view by many economists and others that what bitcoin really is, in effect, is a Ponzi scheme. Brazilian computer scientist Jorge Stolfi is one voice who has contended this. His view is based on the following observations:

All of this rings true true. But in calling bitcoin a Ponzi scheme, critics are arguably being too kind on two counts. First, bitcoin doesn’t have the same endgame as a Ponzi scheme. Second, it constitutes a deeply negative sum game from a broad social perspective.

On the first count, it’s worth assessing how it compares to the original scheme devised by Charles Ponzi. In 1920, Ponzi promised 50 per cent on a 45-day investment and managed to pay this to a number of investors. He suffered and managed to survive investor runs, until eventually the scheme collapsed less than a year into it.

In the largest and probably the longest running Ponzi scheme in history, Bernie Madoff paid returns of around one per cent a month. He offered to cash out his scheme’s participants, both the original sum “invested” and the “return” thereon. As a result, the scheme could and did suffer a run; the Great Financial Crisis of 2008 led to a cascade of redemptions by participants and the scheme’s collapse.

But the resolution of Madoff’s scheme has extended beyond its collapse on account of the remarkable and ongoing legal proceedings. These have outlived Madoff himself, who died in early 2021.

Many are unaware that a bankruptcy trustee, Irving H. Picard, has doggedly and successfully pursued those who took more money out of the scheme than they put in. He even managed to follow the money into offshore dollar accounts, litigating a controversial extraterritorial reach of US law all the way to the US Supreme Court. Of the $20bn in recognised original investments in the scheme (which the victims had been told had reached a value more than three times that sum), some $14bn, a striking 70 per cent, has been recovered and distributed. Claims of up to $1.6m are being fully repaid.

By contrast to investments with Madoff, Bitcoin is bought not as an income-earning asset but rather as a zero-coupon perpetual. In other words, it promises nothing as a running yield and never matures with a required terminal payment. It follows that it cannot suffer a run. The only way a holder of bitcoin can cash out is by a sale to someone else.

Bitcoin’s collapse would look very different to that of Ponzi’s or Madoff’s scheme. One possible trigger could be the collapse of a big so-called stablecoin, that is, ersatz US dollars that have sprung up to provide a cash leg for cryptocurrency transactions. These “unregulated money market funds” have been sold as dollar stand-ins with safe assets that match their outstanding liabilities. Given the lack of regulation and disclosure, it is not hard to imagine a big stablecoin “breaking the buck”, as occurred with a regulated money market fund that held Lehman paper in 2008. This could so disrupt the whole ecology of crypto that there could be no bids for bitcoin. The market might close indefinitely.

In this event, there would be no long-running legal effort to chase down those who cashed in their bitcoin early in order to redistribute their profits to those left holding bitcoins. Holders of bitcoin would have no claim on those who bought early and sold.

In its cashflow, bitcoin resembles a penny-stock pump-and-dump scheme more than a Ponzi scheme. In a pump-and-dump scheme, traders acquire basically worthless stock, talk it up and perhaps trade it among themselves at rising prices before unloading it on to those drawn in by the chatter and the price action. Like the pump-and-dump scheme, bitcoin taps into the pure desire for capital gains. Buyers cannot stand the sight of friends getting rich overnight: they suffer an acute fear of missing out (FOMO). In any case, bitcoin makes no promises and cannot end as a Ponzi scheme ends.

On the second count, another big difference between bitcoin and a Ponzi scheme is that the former is, from an aggregate or social standpoint, a negative sum game. To the extent that real resources are used up to make bitcoin run, it is costly in a way that Madoff’s two- or three-man operation was not. From the social standpoint, what Madoff took out of his scheme and finally consumed is a redistribution in a zero-sum game (the trustee sold his penthouse). Stolfi’s fourth observation above that “the operators take away a large portion of the money” lumps together Madoff’s take and bitcoin miners’ revenues, but these are very different in economic terms.

With bitcoin and other cryptocurrencies, the game is to name the country whose electricity consumption equals that of all the puzzle-solvers (miners) who get to effect transactions and receive bitcoin in reward. Even if the electricity were priced to include its contribution to global warming (its “environmental externality”)—which presumably it mostly is not—this represents a real cost.

How big a cost? At the beginning of 2021, Stolfi put the cumulative payments to bitcoin’s miners since 2009 at $15bn. At the then price of bitcoin, he put the increase in this sum at about $30m per day, which mostly pays for electricity.

At today’s higher bitcoin prices, the hole is growing faster. About 900 new bitcoin a day require most of $45m a day in electricity. Thus, the negative sum in the bitcoin game is in tens of billions of dollars and rising at over a billion dollars per month. If the price of bitcoin collapses to zero, the gains of those who sold would fall short of the losses of holders by this growing sum. To liken bitcoin to a Ponzi scheme or a pump-and-dump scheme, both basically redistributive, is to flatter the cryptocurrency system.

To conclude, an economic analysis of bitcoin must recognise its uniqueness in the history of manias. As an object of speculation, bitcoin is unprecedented in the degree to which there is no there there. This post-modern mania features big prices for entries on nobody’s spreadsheet. A zero-coupon perpetual has arrived not as a joke but as a trillion dollar asset. Unlike a Ponzi scheme, bitcoin cannot end in a run.

In a crash, the holders of bitcoin will collectively have lost what they have paid the miners for their bitcoin. This sum may be not far from the sum originally invested with Madoff, after accounting for inflation. But bitcoin holders will have no one to pursue to recover this sum: it will simply have gone up in smoke, a social loss. The holders of bitcoin would then only wish it had been a Ponzi scheme.

Read More:Why bitcoin is worse than a Madoff-style Ponzi scheme

From a bitcoin crash to regulatory crackdowns: Analysts give their top predictions for

Join our newsletter All the best features, news, tips and great deals to help you live a better life...