‘I think it’s a very dangerous thing’: Trump trashes cryptocurrencies and says he favors a 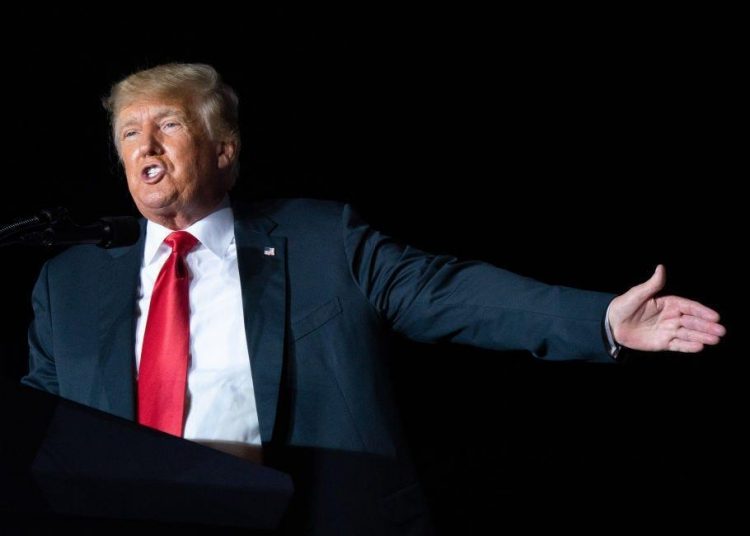 
Former President Donald Trump is not a fan of cryptocurrencies and expects a potential crash in the future, according to an interview with Fox News on Friday.

“That [crypto] could be an explosion some day the likes of which we’ve never seen. It will make the big tech explosion look like baby stuff. I think it’s a very dangerous thing,” Trump said, adding that he favors a strong US dollar.

The comments come after wife Melania Trump announced plans last week to launch her own NFT, which will cost 1 solana, or about $180.

“I am proud to announce my new NFT endeavor, which embodies my passion for the arts, and will support my ongoing commitment to children through my Be Best initiative. Through this new technology-based platform, we will provide children computer science skills, including programming and software development, to thrive after they age out of the foster community,” the former first lady said in a statement last week.

But Donald Trump doesn’t seem to share the same excitement towards NFTs or cryptocurrencies, based on his interview with Fox News.

“I never loved it [crypto] because I like to have the dollar. I think the currency should be the dollar, so I was never a big fan but it’s building up bigger and bigger and nobody’s doing anything about it. I want a currency called the dollar, I don’t want to have all of these others,” Trump said.

The crypto market peaked at a value of more than $3 trillion earlier this year before retreating to about $2.3 trillion Wednesday.

Polygon (MATIC) is Pushed to an All-Time High – poitive fundamentals

Dogecoin to Ethereum founder: What crypto CEOs are saying about Luna Terra crash

What We Can Learn from Terra’s Fall, and What’s Next for Crypto

Crypto markets are in freefall this month—and their struggles have been gravely exacerbated by the demise of a $60...

A small KiwiSaver provider is standing by its cryptocurrency offering, despite the recent downturn for the digital money. Photo:...

Polygon (MATIC) is Pushed to an All-Time High - poitive fundamentals