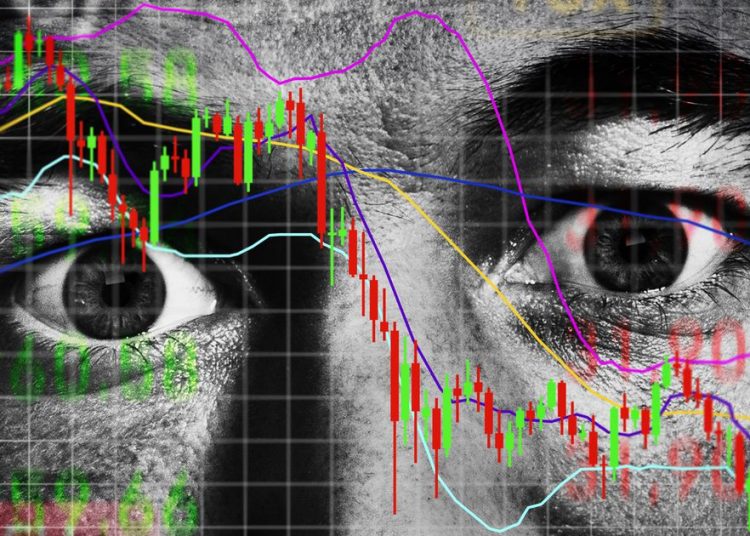 
Prices go up and down, but bitcoin is here to stay. Sooner or later, you’re going to need a place to store yours as cryptocurrency continues its march toward the mainstream and becomes more entwined with the global economy. So if you’re looking to invest in bitcoin or any other cryptocurrency, you should consider a crypto wallet.

“Wallet” is a metaphor, given that we’re talking about digital currency. As a secure place to store your proof of ownership, a cryptocurrency wallet can take the form of physical hardware or software installed on your computer or smartphone or in the cloud. Well-known services like Robinhood, PayPal and Venmo allow you to buy bitcoin and other cryptocurrency quickly and with little technical know-how. Most of these online services, and their integrated cryptocurrency wallets, are “custodial,” however, which means you’re trusting the company to secure, protect and hold your cryptocurrency. Ultimately, they have control — and your crypto is in their proverbial hands.

As such, unless you’re making a daily crypto transaction or have only a modest amount of money involved, we recommend you not store your cryptocurrency in an exchange account. The best practice is to invest in a hardware wallet for offline storage. The next best choice is a “noncustodial” software wallet or wallet app, which give you more control over your digital assets. We’ll look at both here in our quest to find the best crypto wallet.

In either case, greater independence brings with it responsibility: You’ll have to keep track of your own private key — the crypto equivalent of a super secure password. You’ll also need to determine which is a higher priority — accessibility or security. A hot wallet stores cryptocurrency online; a cold wallet is disconnected from the internet, offering additional insulation from hackers, but also requiring a few additional steps every time you want to make a crypto transaction. Read on to find out which wallet is best for you.

Coinbase, which went public in April, is the best known cryptocurrency exchange in the US. The company makes it easy to trade well-known cryptocurrencies from bitcoin to dogecoin, and has its own Visa-backed debit card that integrates with Apple Pay and Google.

If you’re new to cryptocurrency, the Coinbase Wallet is a good place to start. It can be downloaded as an app for Android or iOS, the interface is intuitive and the wallet is fully integrated with the company’s exchange, which makes it easy to conduct transactions — including purchasing coins and tokens with traditional currency.

Unlike the company’s exchange, the Coinbase Wallet is noncustodial; that means that only you have access to your wallet’s private key, which is generated with a 12-word recovery phrase when you sign up. Note that there’s a difference between storing your cryptocurrency on Coinbase’s exchange, which is custodial, and the wallet, which is not. But the integration between them makes it fairly simple to transfer funds back and forth.

Trezor’s new user interface, Trezor Suite, just came out earlier this month, replacing the company’s Wallet Web app. This analysis reflects our initial impression of a new product, therefore. But Trezor has been around for quite some time, established back in 2011 as a subsidiary of Czech-based SatoshiLabs.

The $221 Model T is Trezor’s second-generation hardware wallet, and it comes with many of the same features as the Ledger Nano X, detailed below. One major difference is that Trezor’s software is completely open-source, which affords some additional protection — theoretically, at least: The code that powers the wallet is available for scrutiny, and, the thinking goes, sunlight is the best disinfectant.

Trezor Suite is designed to run natively on your desktop, which generally provides greater security than a web-based app, though you can also access Trezor Suite through the company’s website. Trezor wallets currently support more than 1,600 coins and tokens, and you can make transactions directly in Trezor Suite with the company’s integrated exchange.

Shaped like an old-school stopwatch, the Model T comes with a touchscreen and a USB cable to connect to your computer; it also features a microSD card if you want to add encrypted storage directly to your hardware wallet. It does not feature Bluetooth support, however — an omission that some security advocates prefer, as Bluetooth connectivity could be an attack vector for hackers to exploit.

The Nano X is Ledger’s second-generation cold storage wallet. The integrated Ledger Live platform, which is easy to learn and use, supports more than 1,800 coins and tokens including bitcoin, ether and XRP. The wallet can be connected to your computer via a USB cable and Android and iOS mobile devices via Bluetooth — a connection the Model T lacks.

The device is sturdy and features a small LED screen. To start, you’ll set up a PIN, then a 24-word seed phrase. The seed phrase acts as your wallet’s private key. Just like other wallets, as long as you keep the private key safe, you won’t lose your crypto assets — even if you lose your wallet.

It’s important to note that Ledger suffered a data breach in July 2020, which resulted in the theft of some customers’ personal data — but, significantly, not their crypto assets. No private keys to wallets were taken, but there were reports of customers receiving phishing emails and other scamming threats afterwards. That noted, Ledger has long been a trusted name in the crypto world, but the data breach is a good reminder to be careful online — especially when it comes to dealing in crypto assets.

The Exodus wallet is designed to run on Mac, Windows and Linux computers, though there’s a companion app available for Android and iOS devices. The desktop user interface is slick and easy to learn. Your wallet is seamlessly integrated into the Exodus exchange, so it’s easy to make transactions.

Exodus supports more than 130 types of cryptocurrency including bitcoin, ether, tether USD and dogecoin. But the exchange has some noteworthy limits: If you want to purchase crypto with US dollars and store it in the Exodus wallet, you’ll need to first purchase the asset on a centralized crypto exchange, such as Coinbase, and then transfer the assets to Exodus. The app version allows purchases of bitcoin with US dollars. And once you have an asset in your wallet, it can be easily exchanged for other supported assets. While the wallet itself is free to use, Exodus charges a fee for transactions made via its exchange.

5 cryptocurrency projects that made waves in 2021

mamor With millions of investors, Mamoru became the last exchange to start its operations in Turkey, which is one...

Crypto exchange FTX is getting into stock trading

Cryptocurrency exchange FTX will soon allow for traditional stock trading alongside its crypto offerings, the company announced in a...

To Avoid Falling For Scams, Novice Crypto Traders Should Treat Most Tokens Like Stocks.

Blockchain.com CEO Warns of Incoming Crypto Destruction That Will Lead to a Stronger