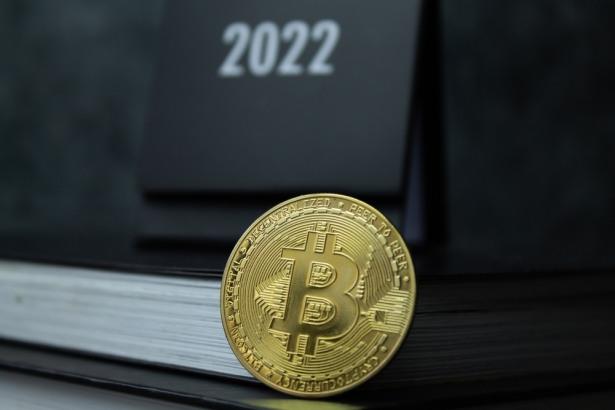 
2021 has been an excellent year for the broader cryptocurrency market in terms of adoption and price action. The prices of most cryptocurrencies have soared massively since the start of the year despite the recent bearish trend.

2021 is coming to an end, and Bitcoin remains the most dominant cryptocurrency in the world. The cryptocurrency’s value has experienced a massive increase in value over the past 52 weeks, outperforming numerous major financial assets such as Gold during that period.

The rally came as the adoption of cryptocurrencies continued. The entry of more corporate entities into the crypto space helped push the price higher. Tesla began accepting Bitcoin as a means of payment for its electric vehicles; MicroStrategy continued to accumulate more bitcoins, and El Salvador was preparing a bill to make Bitcoin a legal tender.

The increase in adoption from institutional and retail investors pushed Bitcoin to a new all-time high of $64k. However, from May, Bitcoin went on to underperform till September. The poor performance was mostly caused by China’s ban on cryptocurrency-related activities.

It began with the various provinces in China banning cryptocurrency mining activities. China accounted for most of Bitcoin’s mining hash rate. Hence, the crypto mining ban resulted in Bitcoin mining’s hash rate declining massively. Thus, resulting in Bitcoin’s price losing more than 50% of its value and dropping below the $30k level in July.

The attack by Elon Musk on Bitcoin and its massive energy usage also contributed to the bearish performance. Tesla discontinued its Bitcoin payment method due to environmental concerns about its energy usage for mining purposes.

Bitcoin’s price bounced back in September as miners moved to Europe and North America. The mining hash rate started to recover as the mining farms, and other individual miners found new homes in countries such as The United States, Kazakhstan, Iran, Canada, and several others.

El Salvador became the first country in the world to officially make Bitcoin a legal tender in September. Despite the warnings from global financial institutions like the IMF, El Salvador’s Bitcoin adoption is already yielding fruit.

Bitcoin slowly rose to reach a new all-time high at $69,044 in November, with the total cryptocurrency market cap reaching a new all-time high of $3 trillion. The increase in demand for Bitcoin by institutional investors and the entry of more corporate entities helped push the market higher.

However, Bitcoin is currently down by nearly 30% from its all-time high and is trading around $50k per coin at the moment. The recent poor performance has been attributed to selling pressure in China as exchanges close their operations in the country, and Chinese traders are selling their bitcoins before they lose their money.

2022 is expected to bring further growth to the cryptocurrency market and to Bitcoin in particular. Jack Dorsey resigned from his role as Twitter CEO and changed Square’s name to Block in a bid to focus on developing products centered on Bitcoin.

Market experts are optimistic that 2022 will be a better year for Bitcoin. Vijay Ayyar, vice president of corporate development and global expansion at crypto exchange Luno, is confident that the United States will see the first spot Bitcoin exchange-traded fund (ETF) in 2022. He said, “The Bitcoin Futures ETF that launched this year has been widely regarded as not very retail-friendly given the high costs involved of rolling over contracts which amount to around 5-10%. Increasing pressure/evidence… points to a Bitcoin Spot ETF being approved in 2022 mainly because the market is now large and mature enough to support one.”

Grayscale has filed to convert its Grayscale Bitcoin Trust (GBTC) to a spot Bitcoin ETF, and many are optimistic that the SEC will approve at least one proposal in the coming year.

Kate Waltman, a New York-based certified public accountant who specializes in crypto, expects Bitcoin to reach $100,000 in the first quarter of 2022. “The most knowledgeable educators in the space are predicting $100,000 Bitcoin in Q1 2022 or sooner,” she said.

Bitcoin’s technical indicators are negative at the moment due to the coin’s underperformance in recent weeks. The MACD line is still within the bearish region, while the RSI of 46 shows that Bitcoin is facing selling pressure in the market.

However, the long-term indicators show that Bitcoin is performing well. BTC is trading above its 200-day simple moving average at $47,272. The technical indicators could improve over the coming weeks and months as Bitcoin is expected to perform better in the coming year.

By January, the selling pressure from China is expected to end, and similar to the mining hash rate, Bitcoin’s price could be set to surge higher. Once that happens, the MACD and RSI will be back in the positive region. According to WalletInvestor’s 2022 forecast, Bitcoin’s price could end 2022 trading above the $80k level.

Regardless, it would be exciting to see how Bitcoin performs over the coming year.

This article was originally posted on FX Empire