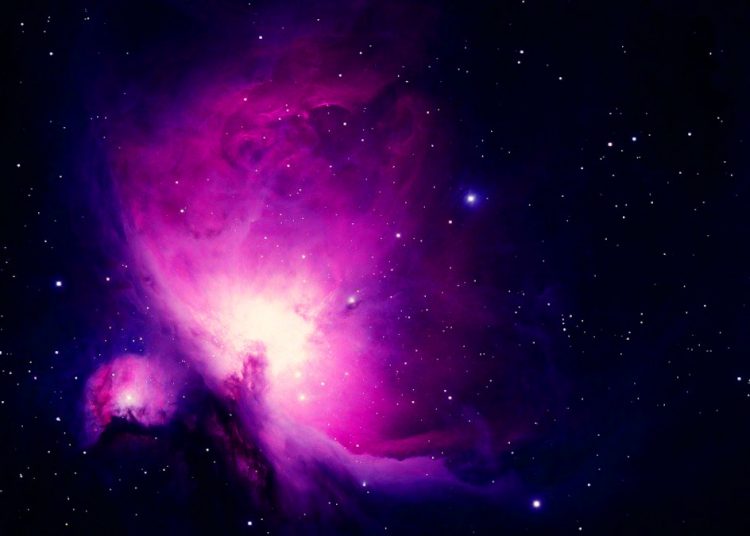 Note: The list below is ordered by market cap, lowest to highest.

Verasity describes itself as a protocol and product layer platform for esports and video entertainment. It’s built on top of the Ethereum blockchain, with a mission to increase engagement and advertising revenue for publishers and advertisers.

VRA features a proof-of-view protocol that increases organic engagement and advertising revenue on the platform. Verasity also features a proprietary Adstack, a video player, and VRA rewards on its product layer.

Verasity makes for a great project to watch for 2022, as VRA’s proof-of-view protocol could be easily integrated into the Metaverse to allow users to earn tokens in exchange for their attention.

You can purchase VRA on several major exchanges, including KuCoin, Gate.io, Uniswap, Bittrex, and more. If you’re in the US, we recommend KuCoin or Uniswap.

Alien Worlds is the most popular game on the WAX blockchain and one of the most underrated crypto games on the market. It’s a play-to-earn blockchain-based NFT game that allows users to mine Trillium and is my personal favorite on this list.

Players can choose a planet to mine and earn TLM by mining with their tools. Everyone is given a free shovel, to begin with, but it has minimal mining power. Users can purchase better mining tools for higher earning potential. There are several builds available depending on if you’re interested in mining TLM or NFTs.

One unique aspect of the game is how users can purchase Land and charge others fees for mining on their Land. At the time of writing, the cheapest Land was listed at 15,550.53 WAX, roughly $7,905.

Players can travel to various planets, all separate Decentralized Autonomous Organizations (DAOs). These DAOs receive daily Trillium through the smart contracts, and players can also receive a portion of the TLM if they are a part of that planet’s DAO.

As the most popular game on the market, Alien Worlds has a bright future in 2022. There’s no doubt that the team will continue developing and updating the game, which will push more users to it. With a relatively low market cap, Alien Worlds is a highly underrated project, in my opinion.

Wilder World is an Ethereum-based immersive 5D Metaverse built with Unreal Engine 5. The Wilder World Metaverse is still in development but will allow users to purchase various cars, sneakers, buildings, and much more.

In addition, Wilder World aims to be the first genuinely liquid, decentralized, and community-led NFT marketplace.

WILD is the native token to the Wilder World ecosystem and interacts with their marketplace and governs the Wilder DAO.

I’m excited about Wilder World in 2022 because it will be built with the ultra-realistic Unreal Engine 5. If you’ve seen The Matrix Awakens preview on UE5, it looked incredible! Imagine a fully immersive Metaverse game made with the same engine?

You can purchase WILD on KuCoin, Uniswap, Gate.io, MEXC, BitMart, Bitget, and more.

Chromia makes it easy for people to build decentralized applications in the real world. It features unique architecture, plays well with Ethereum, and enables developers to code applications seven to ten times faster.

Some of the more popular games built on Chromia include My Neighbor Alice, a Play-to-earn blockchain-based game with a market cap of over $430 million! In addition, Chromia also features Mines of Dalarnia, which has a market cap of $336 million.

I’m excited about Chromia for 2022 because CHR is highly likely to see a valuation of over $1 billion by next year. Chromia is a real competitor to Solana, which has a massive valuation of over $59 billion! With a market cap of under half a billion, there’s no doubt in my mind that CHR can see significant price increases next year, especially if they continue growing their ecosystem.

The CEEK VR platform is looking to become the future of music streaming and publishing. It includes a patented VR headset currently available at major retailers like Best Buy and Target. In addition, CEEK VR features artists like Lady Gaga, Demi Lovato, Ziggy Marley, and much more.

I’m excited for CEEK VR in 2022 because they offer more than just software. Their VR headset and 4D headphones enable users to immerse themselves into a unique Metaverse without the need for external hardware.

You can purchase CEEK on PancakeSwap, Gate.io, MEXC, LBank, and more.

Along with dozens of dApp games that users can play, WAX allows you to buy, sell, and trade NFTs on their marketplace. It’s known as “The King of NFTs” as it has successfully facilitated millions of sales of NFTs from reputable partners, the likes of which include: Major League Baseball, Street Fighter, Atari, and much more.

Compared to other blockchains, WAX’s main advantage is that users don’t have to pay gas fees. Instead, users stake their WAX for CPU / RAM power on the wax blockchain, allowing them to perform transactions.

WAXP is the native cryptocurrency on the WAX blockchain used as the main currency in their ecosystem. At writing, WAXP is trading at $0.50, up over 4% in the past 24 hours.

Its market cap is $949 million, with a 24-hour trading volume of $57 million. You can purchase WAXP on Binance, KuCoin, Bittrex, Crypto.com, and more.

IoTeX is a scalable and privacy-centric blockchain infrastructure for the Internet of Things. IOTX is the native token to the IoTeX blockchain, which powers the network.

IoTeX has excellent potential for next year as its ecosystem continues growing. So far, the IoTeX team has proved that their blockchain can sustain various applications and keep up with the big boys like Ethereum and Binance Smart Chain.

The IoTeX ecosystem includes exchanges, wallets, and other unique Metaverse projects. One of my personal favorites is StarCrazy – a blockchain-based play-to-earn Metaverse NFT game allowing users to earn GFT tokens.

IoTeX also features the IoPay Web3.0 wallet available on Android and iOS devices. IoPay is the gateway to the IoTeX ecosystem that anyone can easily access.

As one of the highest valued Metaverse projects on the market, there’s no doubt that The Sandbox has excellent potential for next year. With their Alpha season one completing successfully, the team is soon gearing up for a second Alpha season.

The Sandbox is an Ethereum-based 3D Metaverse, allowing users to buy plots of Land and monetize them. It offers a gamified experience that includes quests, games, and challenges to earn rewards.

Because The Sandbox features a downloadable client, it has unbeatable quality compared to other Metaverse projects. The best way to describe The Sandbox’s world is a combination between Minecraft and Fortnite.

The Sandbox also features the SAND token, which is used as the native currency on the platform. At the time of writing, SAND is trading at $6.65, with a 24-hour trading volume of $2.19 billion.

Its market cap is $6.09 billion, and you can purchase SAND on Binance, KuCoin, Huobi Global, Bithumb, Gate.io, FTX, Uniswap, Gemini, Kraken, and more.

Another great project with a high potential for significant price gains next year is Decentraland. This 3D blockchain-based Metaverse allows players to buy plots of…

Argo Blockchain among most traded stocks by Fidelity customers By Cointelegraph

Commentary: Binance’s exchange closure in Singapore could usher in more regulations on

Commentary: Binance’s exchange closure in Singapore could usher in more regulations on