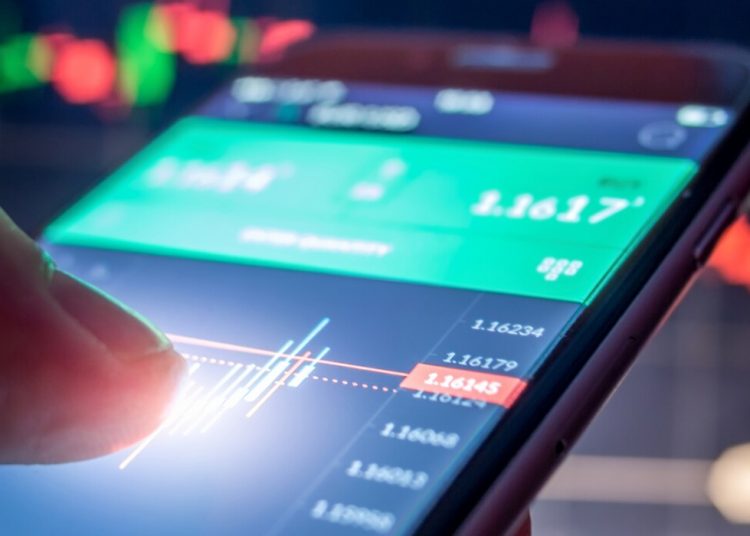 
Cryptocurrencies made a giant leap in 2021, expanding well beyond their niche among geeks and Redditors. Wall Street strengthened its embrace, with Morgan Stanley Chief Executive Officer James Gorman declaring it no fad. New York Mayor-elect Eric Adams said he’ll initially get paid in Bitcoin. And tokenmania invaded pop culture, from sports, entertainment and gaming to high-end auctions. Even Major League Baseball umpires wore the FTX exchange’s logo on their chests.

Yet the industry often failed to get the basics right, still plagued by the same problems that have dogged it from the start: trading glitches, infrastructure snafus, hacks and other crypto weirdness.

Back when digital tokens fetched a pittance, this could be dismissed as a silly sideshow. Now, cryptocurrencies are worth real money — more than $2 trillion, assuming the tally isn’t garbled by a data error — and their backers want to overtake traditional finance and revolutionize much more. Their ability to do so — and crypto’s staying power — may hinge on addressing and fixing basic plumbing and security issues, assuming they can.

The industry uses “the Facebook model of ‘move fast and break things,’” said Larry Tabb, head of market structure research at Bloomberg Intelligence. “There’s no regulatory push to solve these problems, so it just becomes more of an issue of competition. If I get fed up with one exchange, I’ll switch to some other player.”

Crypto believers argue that snags are to be expected in an industry that’s still in its early days. It will find its footing, they say. Perhaps. Whatever the future holds, there sure were a ton of major screw-ups in 2021.

Just this month, CoinMarketCap, a go-to source for crypto prices, spewed out incredibly wrong data for the entire market. Bitcoin prices exceeding $800 billion were displayed on its website, which valued all tokens in circulation at $15 quintillion — roughly 660,000 times U.S. gross domestic product.

The company, owned by digital-asset exchange Binance, responded in typically wacky crypto fashion: with glib, meme-filled tweets. “How did it feel to be a trillionaire for a couple hours?” read one, followed by the tears-of-joy emoji. Some industry watchers weren’t as sanguine in their response.

The incident blew over, and even market players affected by the gaffe seemed willing to forgive and forget. “It’s honestly just one of the things that is indicative of an emerging industry,” Coinbase Global Inc. President Emilie Choi said during a Dec. 15 interview at the Bloomberg Technology Summit.

While the CoinMarketCap incident didn’t appear to hurt anyone much, that wasn’t the case in other instances. Some mistakes sparked declines in Bitcoin, a situation compounded by the fact that automatic safety features — like the U.S. stock market’s circuit breakers — aren’t common in crypto. In October, a trader’s algo went haywire, sending the world’s biggest cryptocurrency down about 87% before it shot back up. In early December, Bitcoin saw a smaller but still harrowing plunge of as much as 20% when traders imprudently tried to sell too much amid thin weekend trading — exposing the downside of 24/7/365 crypto markets if there aren’t enough counterparties around.

Some disruptions left investors unable to trade at all. When Bitcoin fell more than 10% on May 19, both Coinbase and Binance suffered outages. Bitfinex faltered on Sept. 30.

Then there were moments when the blockchain infrastructure that powers crypto posed problems. Solana emerged in 2021 as a competitor to Ethereum, which is effectively a global supercomputer running software called smart contracts. But Solana broke for 17 hours in September, crippling a small but growing corner of decentralized finance, or DeFi.

Separately, a project built on Solana — Pyth, which counts major Wall Street traders as contributors — encountered computer software bugs in September that caused the service to erroneously report a 90% plunge in the price of Bitcoin.

These are only a handful of the many examples.

“These are absolutely problems that need to be solved, but I think that there are pretty straightforward solutions to a lot of them,” Sam Bankman-Fried, the billionaire co-founder and CEO of FTX, said this month on Bloomberg’s “What Goes Up” podcast.

Other asset classes have also gotten ensnared in technology drama over the years. For instance, squirrels were a recurring nightmare for stocks, causing power outages that took down Nasdaq’s market in 1987 and then again in 1994. The infamous 2010 flash crash, in which the whole U.S. stock market dove to a trillion-dollar loss in minutes and then recovered just as quickly, badly spooked Wall Street. A key Nasdaq price-reporting service broke in 2013, freezing stocks like Apple Inc. for hours.

Since a 3 1/2-hour New York Stock Exchange outage in 2015, though, it’s been mostly smooth sailing for equities-market infrastructure, evidence a U.S. Securities and Exchange Commission crackdown got traders and exchanges to make their software more resilient.

Crypto has much less oversight — at least for now — meaning the industry mostly gets to decide what, if any, safeguards to implement. Many Wall Streeters are now flocking there, bringing with them conventional ideas about protections. But the space was initially forged mostly by people without professional finance experience who may not have fully appreciated what it takes to build systems that can handle fast-paced modern trading.

“It’s a very different perspective than when you’re looking at traditional equities exchanges where regulators have been focused on safety, surety and basically not being down,” said Tabb of Bloomberg Intelligence.

FTX’s Bankman-Fried and FTX.US President Brett Harrison migrated to crypto after jobs in conventional finance, including the time both of them spent at trading firm Jane Street. “We’re used to how other exchanges work,” Harrison said on the “What Goes Up” podcast. FTX has something called price bands, which prevents trades if they’re at prices too far from current levels — similar to what’s seen in traditional markets. “If you haven’t been growing up in that environment, you don’t think to do this sort of stuff,” he added.

Robert Zagotta used to work at CME Group Inc., the biggest U.S. derivatives exchange, and is now CEO of Bitstamp US, a crypto market. He thinks others in the industry don’t sweat technology hiccups. “I do not think our competitors think it’s critical to their success,” he said. “But based on my experience in traditional technology, I know it’s coming. It will be in 2022 and 2023.”

Hacks are also a big problem in crypto, which is deeply connected to the internet — making it vulnerable — whereas in conventional finance computers are often walled off from the internet inside guarded data centers. Nasdaq was hacked about a decade ago, but its core trading computers weren’t infiltrated.

Over in crypto, money gets drained from projects all the time. Hackers stole about $130 million from BadgerDAO earlier this month, while customers of crypto exchange BitMart lost about $150 million.

Crypto culture is simply different from traditional finance, so some weird stuff is inevitable. Take the $532 million non-fungible token trade that took place this year — or, more accurately, appeared to take place but really didn’t since the buyer and the seller were the same person. Except for trading fees, no money changed hands, meaning all the pseudo-transaction really did was draw attention to the hot NFT market. Maybe that was the point?

And then there was the person who mistakenly sold a Bored Ape Yacht Club NFT for roughly 100 times less than they’d intended — for $3,066 instead of about $300,000 — because of a typo. In the stock market, that might have been blocked by something called a fat-finger check, which aims to prevent erroneous keystrokes from causing mistaken trades.

Some are optimistic and think crypto technology is getting more robust and less prone to mistakes, catching up to traditional finance, or TradFi in crypto-speak.

“In the old days, there were lots and lots of bugs and idiosyncrasies in many exchanges,” said Michael Safai, founding partner of proprietary trading firm Dexterity Capital. “Exchanges are definitely investing in the demand they’re seeing this past year to get to that professional level that TradFi has been at for a few decades.”

Still, much of crypto is built on the idea of no take-backs — once a transaction happens on a blockchain, it’s supposed to be a done deal. So the passwords protecting Bitcoin and other crypto assets have to be guarded carefully; it’s far easier for hackers to swipe that, and therefore your coins, than it is to get at real dollars sitting in a real bank account with insurance backing it up. And don’t lose track of them: Some digital tokens are literally lost in garbage dumps, on mouldering hard drives. That raises a question: Is that too much to expect of crypto holdouts, creating a big hurdle to mainstream adoption?


Read More:Bitcoin worth $15 quintillion is just another day in crypto

A Thai tech company surged nearly 7,000% after pivoting to bitcoin mining, despite only

Crypto.com Steps Up To Boost Security And Privacy Studies Via Donations | Bitcoinist.com

Hong-kong based cryptocurrency exchange, Crypto.com, known for its industry-standard security measures, announced on Thursday that it is granting a...

Public data suggests that several anonymous crypto investors profited from inside knowledge of when tokens would be listed on...

In reaction to the volatile events of the last few weeks, both the stock and cryptocurrency markets have taken...