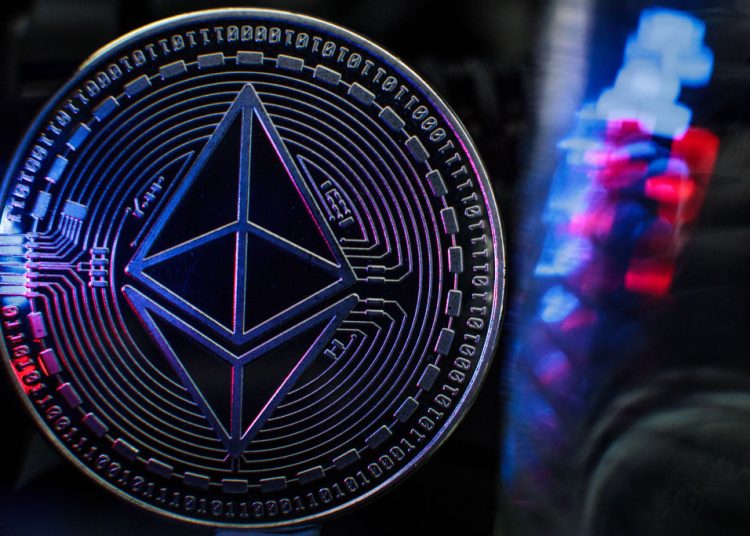 The outperformance of Ethereum over Bitcoin this year has been ascribed to the former’s superior versatility in terms of integration with dApps, DeFi, and NFT initiatives.

The year 2021 may have been the most exciting and turbulent in the history of cryptocurrency.

The spectacular expansion of the Solana ecosystem over the summer, and Bitcoin’s all-time high price of $69,000 in November were all examples of great growth and innovation.

In 2021, there was a surge in interest in these sectors, as well as popular meme coins like Shiba Inu, with the majority of these projects developed on the Ethereum platform.

As reported by FXEmpire, Ethereum has had a fantastic year in 2021.

That’s a year-over-year increase of more than 300%.

The Ethereum system also keeps on further improving its ecosystem, adapting to the current demand of the market.

As an example, during August, the widely anticipated London hard fork of Ethereum was activated.

According to CNBC, the London hard fork of Ethereum pertains to the significant upgrade Ethereum implemented in its blockchain. One of the adjustments affects how transaction fees are computed, with the goal of flattening them out and reducing volatility.

However, the second-most valued cryptocurrency is known to be more volatile than Bitcoin, and it is also more difficult to anticipate, according to professionals.

As a result, fewer people were willing to give ETH price targets.

As reported by CryptoNews, Kryptovault’s CEO Kjetil Hove Pettersen said that when it comes to Ethereum price prediction 2022, he dares not to speculate on where the price of the coin will will go as he notes that Ethereum would be more volatile than Bitcoin.

In addition, he also stated that there is a possibility for Ethereum to outperform Bitcoin, even if there is also a lot more risk associated with it, just like with every altcoin.

Similarly, eToro’s crypto expert Simon Peters, though he refused to give a specific number, predicted that ETH prices would rise owing to a combination of rising demand and lower supply.

According to the expert, demand from institutional and individual investors seeking alternative investments, along with a supply tapering and a slowdown of new ETH entering into circulation as a result of EIP-1559, might result in a potential price increase for ETH.

Web3 is the internet’s third generation, and it will be built on the blockchain.

In Web3, users will not have separate social accounts for each platform in the next internet era. Instead, they’ll have a single social account that they can use to navigate from Facebook and Twitter to Google, shopping sites, and other places.

According to Coin Desk, instead of enormous corporate servers like Amazon Web Services, a user’s movements might be tracked on the same digital backbone that supports cryptocurrencies like the bitcoin blockchain.

Within a platform like Web3, one-of-a-kind tokens reflecting ownership of a virtual good might be more easily bought and sold with cryptocurrencies.

In the next year, as per Yahoo Finance, the positive Ethereum price predictions for 2022 may also be contributed by Web3 as the interest of the public continues to grow.

Growth in this arena should keep ETH value bid as long as the Etheruem blockchain is seen as a fundamental building component for the emerging decentralized web.

Billionaire investor Mike Novogratz stated that people perceive ethereum as a technological play and bitcoin as a debasement of fiat money gamble.