The year for Bitcoin — A 2021 roundup of the flagship crypto 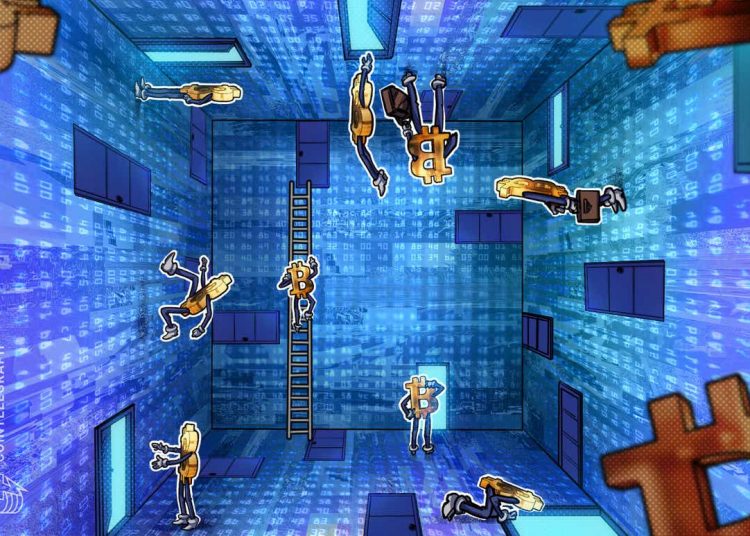 
While 2021 did provide some sort of respite for investors operating across the global crypto landscape, it was still largely been driven by fears that first reared their ugly heads back in 2020. From rising inflation rates to another wave of coronavirus-related outbreaks, the ground beneath everyone’s feet continued to move even without them knowing.

For example, while everyone assumed that Bitcoin (BTC) would hit a price target of $100,000 quite easily — including many traditional financial institutions — by the turn of the new year, the flagship crypto continued to showcase a high degree of volatility despite having touched an all-time high of $69,000 earlier in November, and essentially just moved in a broad sideways channel for the past ten months.

That said, there have been a lot of developments — mostly positive but some negative as well — surrounding Bitcoin this year. In this piece, we will look to explore many of these themes and much more. So, without any further ado, let’s get straight into the heart of the matter.

Known as the “Land of Volcanoes,” the Central American nation of El Salvador shocked everyone in 2021 by becoming the first country to adopt Bitcoin as legal tender, potentially paving the way for other countries to follow suit, especially those being faced with issues related to rampant inflation — looking at you, Turkey, Venezuela and Zimbabwe.

And, even though the move hadn’t quite converted El Salvadorans into overnight BTC proponents, President Nayib Bukele has been quite strategic in his approach when it comes to overhauling his country’s economic woes. Citizens were given access to a Chivo crypto wallet while he has also vowed to address the internet connectivity issues that currently plague the country.

Lastly, El Salvador’s highly touted “Bitcoin Bond” — which makes use of a federated BTC sidechain to issue a legally viable monetary bond — is being viewed by many as an attractive money-making avenue since it offers users with a novel means of investing in the currency as well as providing them with a chance to obtain the county’s citizenship.

The Lightning Network (LN) showcased a tremendous amount of growth over the course of 2021 with a growing amount of funds being poured into various LN channels — especially with more nodes popping up online, seemingly with each passing day.

Statistically speaking, there is more than 3,300 BTC locked across various public Lightning channels, at the time of writing, with more funds likely contained within other private/unannounced channel networks that are currently being operated between various exchanges.

In terms of improvements, the infrastructure of the Lightning Network underwent a number of major overhauls this past year (such as Amboss), improving the systems’ native node administrative capacity as well as retail customer UX for Lightning wallets. Looking ahead, LN’s BOLT-12 module promises to make recurring payments easier as well as enable other useful features such as donations via static QR codes.

One of the biggest breakthroughs for the Bitcoin network since the SegWit overhaul of 2017 — a process by which the block size limit on asset’s blockchain was increased by removing signature data from transactions included in each block — was the activation of the Taproot upgrade.

Taproot is basically designed to help the flagship cryptocurrency’s community of backers and core developers gain access to better a “policy privacy” framework, allowing them to not reveal all of the possible ways through which they could potentially spend their BTC.

To be a bit more technical, the update enhances the efficacy of certain multisignature setups all while making individual transactions on the Lightning Network more secure and privacy-oriented.

That being said, in order for these advantages to truly see the light of day, a little more work may be needed, particularly on the MuSig2 — a simple and highly practical two-round multisignature scheme that makes transaction facilitation hassle-free for Bitcoiners — front as well as in relation to certain technical niches associated with Lightning Network-based client implementations and improved hardware wallet support functionality (meant solely for Taproot).

A piece of news that had Bitcoiners, as well as crypto enthusiasts in general, a little shook this past calendar year was when China imposed an unequivocal blanket ban on its local crypto economy.

Even though the eastern powerhouse has issued many such prohibitions in the past, this time the threat was a lot more serious, as a large number of crypto mining firms had to relocate from the country’s borders in order to keep their operations alive — with many even having to close shop permanently.

Following the mass exodus that took place after the ban came into effect, Bitcoin’s hash rate dropped quite to record lows — sliding from around 180 exa-hashes per second (EH/s) to about 90 exa-hashes per second (EH/s) — only to make a swift recovery shortly thereafter. Much of the BTCs hash rate recovery was attributed to miners migrating to more hospitable parts of the world including the United States of America, Kazakhstan, Canada, Belarus, etc.

After the ban, the crypto market also witnessed a growth in the number of publicly-listed miners, showcasing the ability of these firms to tap into debt capital markets as well as scale dramatically thanks, in large part, to their ability to borrow massive sums of money against their natively mined crypto.

Bitcoin’s ever-growing community of backers continued to pour money into the digital asset’s technical development. In this regard, organizations such as Spiral, Blockstream and MIT’s Digital Currency Initiative doled out sizable funding as well as sponsorship grants to help Bitcoin Core devs based all across the globe.

Other organizations that also made sizable donations to help spur the growth of the Bitcoin ecosystem included Chaincode Labs, the Humans Rights Foundation and a cryptocurrency exchange BitMEX, whose grants were meant to help awardees carry forward their work in relation to improving the reliability of the Lightning Network’s payment system as well as improving the implementation of the Stratum v2 Bitcoin mining pool protocol.

No story regarding Bitcoin’s recently concluded calendar year could be complete without mention of how some of the biggest investors in the world continued to load up on the flagship crypto. In this regard, 2021 started off with the Dogefather aka Tesla CEO Elon Musk investing a cool $1.5 billion in Bitcoin, making it one of the largest investments into the flagship crypto by a mainstream corporation.

For a brief window of time, Tesla even noted in an SEC filing that it was going to allow its clients to use BTC as a medium of payment for its various offerings — a decision that was eventually rescinded. As was to be expected, soon after Musk’s apparent backing of the digital asset became public knowledge, its price shot up to a then all-time high of $43,000 within a matter of minutes.

You can now buy a Tesla with Bitcoin

That said, the only man to outdo Musk with his Bitcoin purchases this year was Microstrategy CEO Michel Saylor whose maximalist attitude was reflected by his constant accrual of the premier cryptocurrency, both when it was hovering at its all-time highs as well as lowest levels. Numbers-wise, Microstrategy now lays claim to a whopping 124,391 BTC that were purchased for nearly $6 billion. Conservative estimates suggest that the firm has already accrued $2.1 worth of profits from its BTC investments.

Financial institutions join in the action

Soon after Musk made his foray into the world of Bitcoin, a number of other financial services giants such as Mastercard and U.S.-based lender Bank of New York Mellon proceeded to start offering their clients a wide range of crypto-related services spanning from custody to payments.

Similarly, U.S. Bank, America’s fifth-largest commercial financial entity, also revealed that it was offering its clients a fully functional crypto custody service, assisting them in storing their private keys for Bitcoin, Bitcoin Cash (BCH) and Litecoin (LTC) with help from NYDIG. State Street and Northern Trust were among the other major U.S.-based financial institutions to disclose similar plans.

At the start of the year, Nasdaq-listed Marathon Patent Group went ahead with a $150 million purchase of Bitcoin as part of its reserves, a decision that was followed by social media juggernaut Twitter enabling a ‘crypto tipping’ option for its patrons. Not only that, but Jack Dorsey helmed payments provider Square also announced that it was going to be allocating 5% — estimated to be worth $170 million — of its assets to Bitcoin.

Lastly, a number of other firms including WeWork, AXA and Substack also announced their decision to start accepting payments in Bitcoin — a move that was aped by companies of a relatively smaller market cap across the globe.

To put things into perspective, a University of Cambridge analysis…

Read More:The year for Bitcoin — A 2021 roundup of the flagship crypto

USD Coin (USDC): How Risky is It Saturday?

Seven Wallets Could Have Initiated TerraUSD (UST) De-Peg, According to Crypto Analytics

A market intelligence firm says seven crypto wallets may have been involved in the depegging of algorithmic stablecoin TerraUSD...

USD Coin (USDC): How Risky is It Saturday?