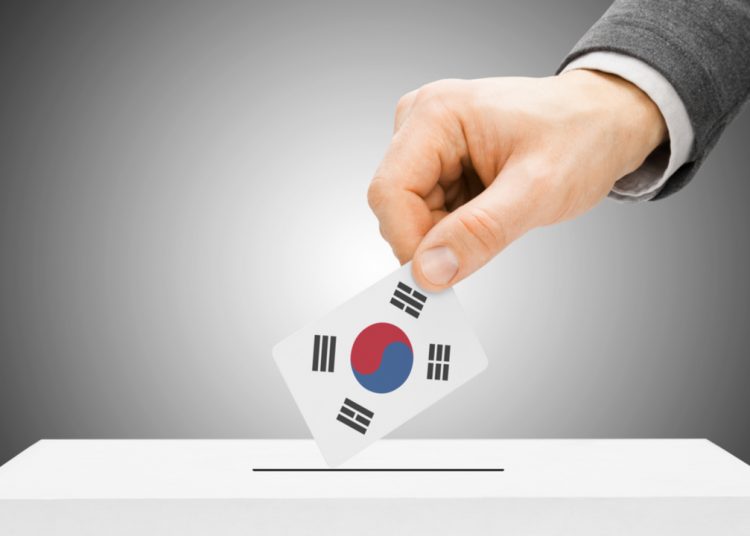 Lee Jae-myung, nominated by the ruling party in South Korea for the upcoming presidential elections this spring, is preparing to raise funds in cryptocurrencies and issue non-fungible tokens for supporters. His campaign hopes that the initiative will woo young and tech-savvy Korean voters whose interest in digital assets is growing.

The Democratic Party of Korea, the country’s leading political force, is going to raise election funds through cryptocurrency and issue receipts to donors in the form of non-fungible tokens (NFTs), Korean media reported on Sunday. The money will be used to finance the campaign of the party’s presidential nominee, Lee Jae-myung.

Bitcoin (BTC), ethereum (ETH), and up to three other cryptocurrencies are now under consideration. The final list of coins to be accepted will be announced in mid-January, the committee managing Lee’s run unveiled, quoted by the Korean Herald and the Yonhap news agency.

The NFTs will feature photos of the candidate and his election pledges to those who donate to the fundraising campaign for the presidential vote on March 9. The tokens are expected to serve as a new medium for communication with younger voters, especially the generation of digital natives. Campaign official Kim Nam-kook elaborated:

As the young generation in their 20s and 30s are interested in emerging technologies, including virtual assets, NFTs and the metaverse, this type of fundraising could appeal to them.

The reports note that the Democratic Party has been exploring ways to accept cryptocurrency donations and issue NFT receipts to highlight its bet on technology and attract millennial voters. Lee Kwang-jae, who heads the committee on future economy in the campaign team, said that the DP was told by the National Election Commission that it doesn’t violate any election laws by accepting crypto.

On Thursday, the lawmaker announced he will himself start to take digital coins from supporters. “With politics, we should break the regulations and foster new industries such as metaverse and NFT and give hope to the young people,” Lee Kwang-jae insisted.

Party officials claim that if Lee Jae-myung’s initiative is successful, he will become the world’s first candidate to issue NFTs as part of efforts to finance a presidential bid. The non-fungible tokens, representing political memorabilia, could also hold future value and serve as an investment for the donors. The donated digital money will be converted into Korean won through a crypto exchange and then deposited into the campaign’s account.

Do you expect more Korean politicians to start accepting cryptocurrency donations? Tell us in the comments section below.

Lubomir Tassev is a journalist from tech-savvy Eastern Europe who likes Hitchens’s quote: “Being a writer is what I am, rather than what I do.” Besides crypto, blockchain and fintech, international politics and economics are two other sources of inspiration.

How To Identify Whether A Crypto Project Is Legitimate?

The continuing implosion in cryptocurrencies has been quite stunning. It was only on June 2 that I last warned...

How To Identify Whether A Crypto Project Is Legitimate?