Explainer: What marketers need to know about cryptocurrency 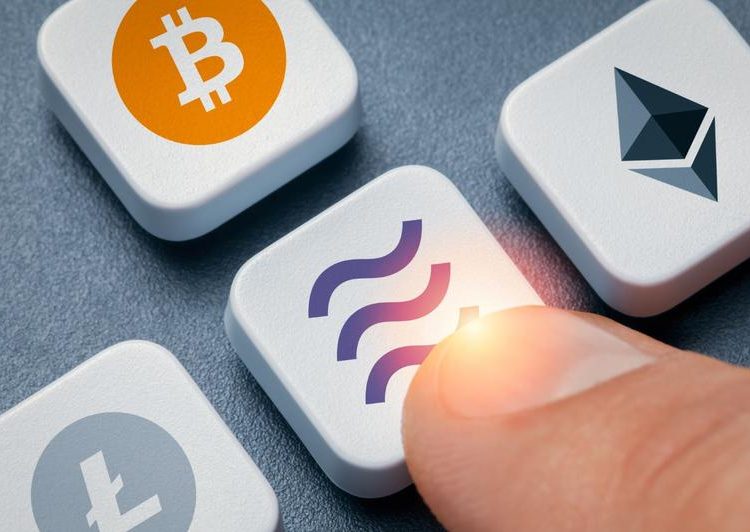 
To the uninitiated, cryptocurrencies can raise thoughts of unbelievable volatility and a currency type that offers safe harbour to the kind of people who would otherwise reject oversight of their financial dealings.

Those ideas are quickly fading away however as cryptocurrencies and their various offshoot concepts work their way into the mainstream. Stereotypes are being replaced by communities of investors who got in early on one of the most significant changes to the world’s financial system yet seen.

And for marketers who take the time to look a little deeper, they will find an audience of technologically savvy, cashed up investors who defy many of the norms and behaviours of traditional demographic groups.

The value of crypto

Cryptocurrencies are virtual currencies that use blockchain technology to keep an immutable ledger of ownership. Most are not issued by a central authority, although that is changing as central banks come to see their value for cross border transactions and other use cases. While Bitcoin’s wild valuations have tended to see that currency gain most of the attention, it represents only the tip of the iceberg in terms of available cryptocurrencies are and what they can do.

The Bank of America estimates the global aggregate market value of the digital asset ecosystem to be approximately US$2.1 trillion, with about 221 million people globally as of June 2021 having traded a cryptocurrency or used a blockchain-based application. It’s a massive rise from the 66 million users estimated at the end of May 2020.

That makes crypt a trend too big for marketers to ignore. But as is the case for many on the outside, knowing and how to get involved is not easy.

The first major traditional Australian institution to dip its toe into crypto waters was the Commonwealth Bank, which in November 2021 announced it would become Australia’s first bank to offer customers the ability to buy, sell, and hold crypto assets directly through the CommBank app.

Although unable to elaborate further at time of writing, a CBA said the decision was based on research that showed a large number of its customers – especially the younger demographic – wanted to access crypto assets as an investment class and were already buying, selling, and holding crypto assets through a variety of exchanges.

Estimates on the number of Australians that currently own crypto assets vary widely. A study produced by comparison site, Finder, in October found Australia had the third-highest rate of crypto ownership at 17.8 per cent. This was not as bullish as the results of a July YouGov study commissioned by Australian owned and operated crypto exchange, Swyftx, which reported a quarter of Australians had owned crypto.

As might be expected, the average age of crypto buyers skews younger, with Swyftx finding a third (36 per cent) of people aged 50 or less owned or had owned digital assets such as Bitcoin and Ethereum. The Finder survey also found cryptocurrency was most popular with younger groups, with 31 per cent claiming ownership.

This presents an interesting contrast to traditional views of investors, who tend to skew towards older age groups, and also indicated a high level of technical and digital literacy among this new class of investors.

Getting in on the act

One member of the younger demographic who has embraced cryptocurrency as a tool for wealth generation is Natasha Etschmann. After purchasing an apartment early last year she noticed her friends were often asking her questions about money. So she set up an Instagram page and today is a content creator and social media manager represented on the Hypetap influencer platform.

“I saw heaps of US-based finance pages, so I decided to make an Australian one, and then it just did really well really quickly,” Etschmann tells CMO. “I talk about crypto as something that can be part of your portfolio. There are people that want to day trade and become millionaires quickly and make lots of money really quickly. But I feel most people are viewing it, especially around my age, as a longer-term asset, and doing it safely and mitigating their risk and not putting it all into one coin.”

While Etschmann says her audience skews younger and female, she is aware of the huge variety of people taking an interest in content relating to crypto. However, one group she says has yet to show the same enthusiasm are traditional providers of investment advice.

“Financial planners are still saying crypto is a one-dimensional asset and you can’t make any income from it, when these days you can make income from it, plus the capital growth,” Etschmann says. “So it is still looked down on pretty negatively by a lot of people and a lot of media.”

A key component of crypto’s appeal is it offers levels of freedom and flexibility other investment assets, such as property, simply can’t match.

“A lot of people want the freedom and flexibility now as well,” Etschmann says. “When you buy a property, you are tied to it, whereas with crypto you can buy and sell instantly and get it back pretty much right then. You can say ‘look at my screenshots of my portfolio’. So it is definitely more exciting.”

While crypto is generally viewed as a wealth generation asset today, it is gaining acceptance in places and within the world’s monetary systems. In February 2021, Tesla made headlines when Elon Musk said the company would accept Bitcoin payments, only to suspend that in May due to environmental concerns relating to the amount of energy used to create (mine) the currency. The carmaker has now started accepting bitcoin again, providing there is evidence that at least 50 per cent of mining is powered by renewable energy.

The high energy consumption of bitcoin mining has been a key criticism of the currency, although many new currencies have adopted less energy-intensive production processes, such as SolarCoin, BitGreen, Cardano and Stellar. Other companies are also opening up to accepting cryptocurrencies such as Australian courier comparison site, Fast Courier, which announced it would accept numerous coins last November.

Cryptocurrencies are also gaining legitimacy in the eyes of regulators, with the Australian Government’s Select Committee on Australia as a Technology and Financial Centre, chaired by Senator Andrew Bragg, making a number of recommendations that would see digital currencies brought into the mainstream.

This is good news for companies such as Canvas, which is seeking to make investing in crypto assets easier for all Australians. The company is the brainchild of brothers, David and Daniel Lavecky, who were also behind financial services company, Pure Commerce, which was sold to electronic payments provider, Euronet, in 2013.

Having launched in November, David Lavecky says Canvas has developed a comprehensive suite of tools for trading and holding cryptocurrencies that he believes will make it easier for all Australians to get involved.

“Today, to make one investment from start to finish can take 38 steps, and so it could take a new person a couple of hours to do one transaction,” Lavecky says. “That is beyond the reach of a huge amount of people. We are trying to humanise that and make it a lot more accessible.

“We are building for the next 100 million people that want to onboard into this, so it needs to be a lot easier.”

If they can do so, that also represents a rich new audience for marketers.

Read more Why this CMO is jumping into cryptocurrency marketing

Lavecky says the rise of blockchain-based NFTs as a tool for showing the provenance of digital goods is also fuelling interest in cryptocurrencies. So too was the decision by large players in the financial services sector to embrace cryptocurrencies as a means of achieving instant settlement of cross border transactions. One example is USD Coin (USDC), a so-called digital stablecoin whose value is tied to the United States dollar.

“Visa now is using USDC to settle cross border payment obligations between banks as opposed to the SWIFT network because it is better, faster and cheaper,” Lavecky says. “It is instant movement of cash and can be redeemed for real cash. That strips out a lot of intermediaries, costs and friction present in the financial system today.”

Lavecky says attributes such as these will see cryptocurrencies continue to gain acceptance as a financial instrument, and hence gain wider attention for a range of uses.

“It is too big to ignore now,” he adds. “The genie is out of the bottle and it is not going to disappear.”

Another factor likely to accelerate the adoption of cryptocurrencies is the massive volume of venture investment now being bumped into the companies developing currencies and supporting technologies. PitchBook reports venture capital investors invested more than US$27 billion globally into crypto startups in 2021.

This money is going into infrastructure builders, financial service providers and decentralised finance projects and exchanges (known as DeFi) projects, which are all built on blockchain technologies. Collectively, these technologies are referred to as Web3, which describes an Internet comprised of a decentralised web of organisations.

The most extreme example of Web3 in action is a Decentralised Autonomous Organisations (DAO), which is a fully autonomous community-run entity where members can vote on its operations. An example of a DAO might be an investment fund where members pool funds and vote on how they will be invested,…

Read More:Explainer: What marketers need to know about cryptocurrency