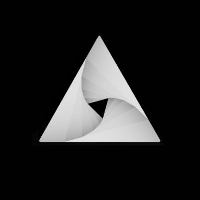 
Want to jump straight to the answer? You can buy API3 on Gemini today.

Application Programming Interface (API) is a software intermediary that lets computers or computer programs talk to each other. Since smart contracts usually have problems accessing trustworthy data, API3 aims to provide solutions.

API3 is a protocol that allows the transfer of dependable data and services between blockchain-based decentralized applications (DApps) in a well-documented format. This will let developers use real-world data through pre-built plug-and-play (PnP) connections without any intermediaries or external servers needed. Location or payment details are two examples of these kinds of data.

API3, the native utility token for the API3 platform, has been created for 3 governance use cases:

The three founders of API3 are:

Also known as the Honeycomb predecessor, API3’s history begins in 2019 when the Honeycomb marketplace, a platform that allowed oracle node operators, DApp developers and API providers to do business, was created. When asked about the background of API3, Benligiray answered in an AMA:

“A large part of the founding members were previously working on the Honeycomb API Marketplace. Honeycomb was essentially an API-centric oracle marketplace, but the underlying oracle solution wasn’t built to enable first-party oracles, and was limiting us. Seeing that none of the solutions on the market satisfied our needs, we decided to build our own oracle solution to meet this need.”

He went on to say that “It was affirming that we were not alone in this view. The security and the data source-transparency that 1st-party oracles provided is seen as an obvious solution to a lot of the problems that existing projects suffer from. For example, Sasa and many other founding members reached similar conclusions independently, and got involved with the project simply because it complemented their personal vision.”

CoinFund, Digital Currency Group, Hashed, Pantera Capital, Placeholder VC and Accomplice are some of the big names who have invested in the API3 project.

How to Buy API3 Token

API3 is already listed on a few popular crypto exchanges such as Gemini and Coinbase Exchange. First, you need to figure out which exchange will work best for you, since some exchanges like OKEx, Huobi and Poloniex are not available for United States citizens.

There are 2 models of Trezor wallet, Trezor One and Trezor Model T, both of which are known for their top-notch security and support for a wide range of altcoins (more than 1,600) but criticized for their high prices. Trezor One was launched in 2014 and is still one of the most popular wallets.

With some improvements, Trezor Model T was launched in 2018, with a much higher price tag. Trezor One costs $59 that could be a better option for anyone with a tight budget, as the Model T that costs $169, more than twice the price of model One.

A Trezor wallet is one of the best crypto wallets in the crypto-sphere. Besides having top-notch security, it is relatively easy to use and provides fantastic support and updates. Although you might consider it a bit expensive compared to other hardware wallets, the services you’ll enjoy are worth it. Your coins are more secured in Trezor than other hardware wallets.

Coinbase is a well-known name in the crypto industry and was launched in 2012 to offer crypto enthusiasts a user-friendly interface for trading crypto. Coinbase is a web-based centralized crypto exchange that offers a hot wallet, a crypto wallet that allows users to store, send and receive tokens unlike a cold wallet that only stores crypto.

Coinbase wallet is popular for its security and background in the crypto industry but the fees might not be appreciated by many. Bitcoin, Bitcoin Cash, Litecoin, Ethereum, Ethereum Classic, XRP, Stellar Lumens, Dogecoin, and all ERC20 tokens are currently available for trading on Coinbase exchange and wallet.

Trade, Sell or Convert your API3

You trade, sell or convert the API3 token by connecting your wallet to a supported exchange or using an exchange that has a dedicated wallet like Coinbase. The trading services and fees differ from one platform to another.

Finding a trading pair is very important and something like API3/USDT for buying or USDT/API3 for selling would work well. Converting, on the other hand, is much cheaper and easier, you just need to select the tokens you want to exchange instantaneously.