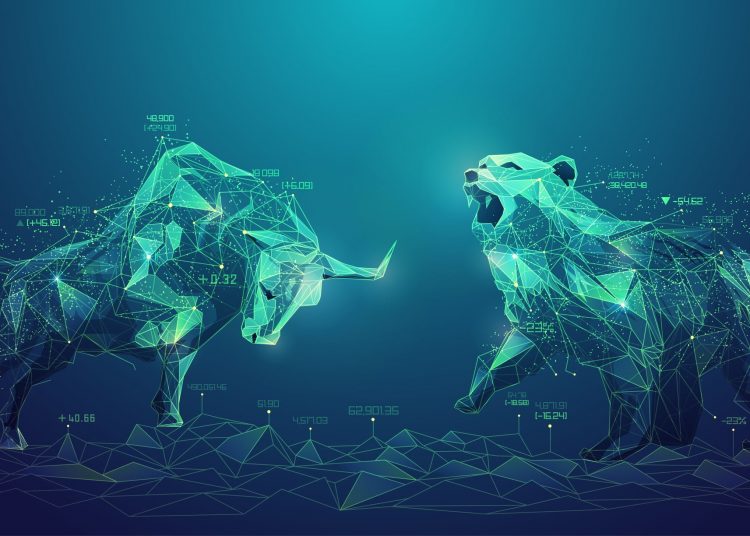 
Nvidia (NASDAQ:NVDA) has entered 2022 with a lot of expectations, as the graphics specialist is expected to dominate the markets it operates in while making progress in emerging areas such as self-driving cars and the metaverse.

Not surprisingly, Nvidia is a regular feature on the list  of top stocks from several brokerages such as UBS and Citigroup. The stock carries a Street-high price target of $400, which points toward a 32% upside from current levels. However, investors shouldn’t ignore the potential headwinds Nvidia may face, as they could throw its hot market rally off gear. 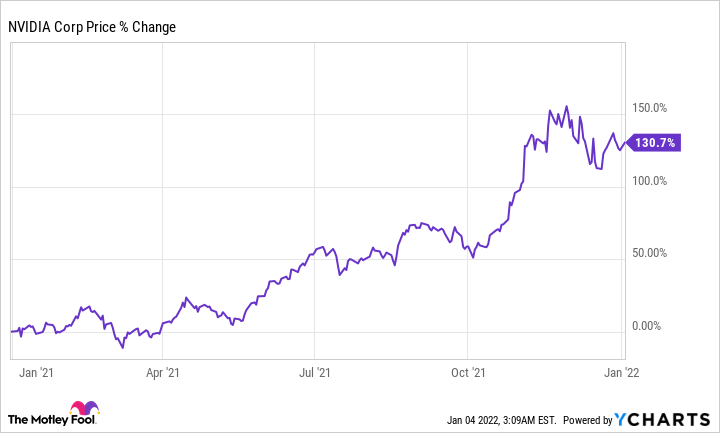 Let’s look at the bear case for Nvidia stock before checking out the tailwinds it is sitting on.

The bear case for Nvidia stock

There are concerns on Wall Street that Nvidia stock may be getting ahead of itself. Wedbush Securities had expressed concern in November 2021 about whether Nvidia’s rapid growth would be enough to justify the company’s valuation, especially considering that its proposed deal to acquire British company Arm Holdings is in jeopardy.

Asset management firm Miller Tabak’s Matt Maley also believes that Nvidia stock is substantially overbought and overpriced when compared to the broader market. As a result, Tabak sees a pullback in Nvidia stock. The valuation-related concerns aren’t surprising, as Nvidia sports a price-to-earnings ratio of 90. For comparison, the stock was trading at 85 times earnings in 2020 and 60 times earnings in 2019. It was way cheaper in 2018 at just 18 times earnings, when an oversupply in the GPU (graphics processing unit) market sent its revenue and earnings into a tailspin. 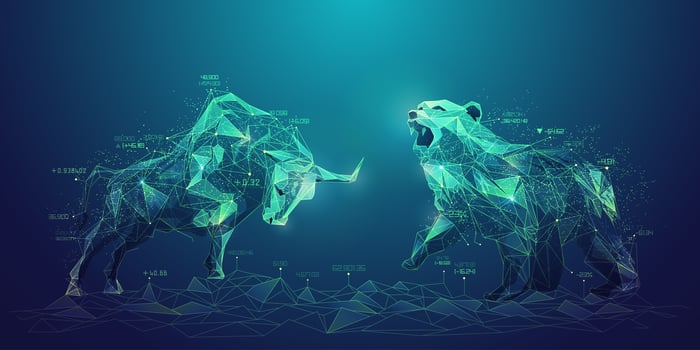 So, history tells us that Nvidia isn’t infallible, which is why investors need to keep an eye on a potential development that could wreck its impressive momentum. Graphics cards have been in short supply on account of terrific demand and low manufacturing capacity, which has made them extremely expensive to buy. As a result, the average selling prices (ASPs) of GPUs are high, and manufacturers are benefiting from this.

One of the reasons behind huge GPU demand is cryptocurrency mining. Ethereum, for instance, reportedly has the biggest installed base of GPUs for mining purposes globally. Nvidia’s cards are said to be among the most profitable for mining Ethereum. However, the mining of Ethereum using GPUs is about to come to an end, and that may be bad news for Nvidia as history suggests.

In 2018, a fall in GPU demand from cryptocurrency miners created an oversupply of graphics cards that led to lower sales at Nvidia. What’s more, gamers were reportedly purchasing pre-owned graphics cards from miners back then, further hurting Nvidia’s sales.

It was only in the second half of 2019 that Nvidia was able to get back on its feet, once it emerged that the company’s sales and earnings growth were picking up. So, another bout of weakness in graphics cards demand could disrupt Nvidia’s stock market rally and makes for a potential bear case that investors should take note of.

Nvidia bulls, however, shouldn’t miss the forest for the trees, as the demand for graphics cards is expected to increase rapidly in the coming years thanks to their application in a variety of markets. Mordor Intelligence estimates that the gaming GPU market could clock an annual growth rate of 14% through 2026. Jon Peddie Research has a more ambitious outlook, estimating that sales of gaming cards could increase to $54 billion in 2025 from just over $23 billion in 2020.

So, investors should ideally be looking past any near-term disturbance in the GPU market that may be caused by a potential oversupply of graphics cards in the event of a cryptocurrency mining bust. After all, an estimated 85% of Nvidia’s installed base of graphics cards users were in an upgrade window in April last year, which points toward long-term strength in the demand for gaming cards as more users switch to new GPUs.

That explains why sales of Nvidia’s Ampere GPUs, which were launched in September 2020, were ramping up at twice the pace of its previous-generation Turing cards. A similar situation is expected to unfold in the data center market, where GPU adoption is gaining pace to accelerate artificial intelligence (AI) workloads and high-performance computing (HPC).

A third-party estimate points out that the global data center accelerator market could clock 36.7% annual growth through 2026. GPUs are gaining prominence among data center accelerators, with AI-capable servers reportedly sporting four GPUs for each CPU (central processing unit). Nvidia is in a terrific position to tap into this potential growth, given its 80% share of AI processors in the data center market in 2020 as per Omdia, a research firm covering the tech industry.

These are the tailwinds explaining why analysts expect Nvidia’s earnings to increase at a compound annual growth rate of close to 40% for the next five years, which could help justify its rich valuation in the long run. So, it can be concluded that the long-term investment case for Nvidia remains strong even if the crypto-mining market is going away.

This is why investors willing to pay an expensive multiple for this growth stock can consider overlooking the bear scenario that’s likely to remain only a short-term event and is unlikely to disturb the bigger picture.

The Rise of Metaverse Fuels DeFi, Crypto, and Blockchain By DailyCoin

The Rise of Metaverse Fuels DeFi, Crypto, and Blockchain By DailyCoin