Q&A with Tendermint CEO Peng Zhong on the Cosmos ecosystem 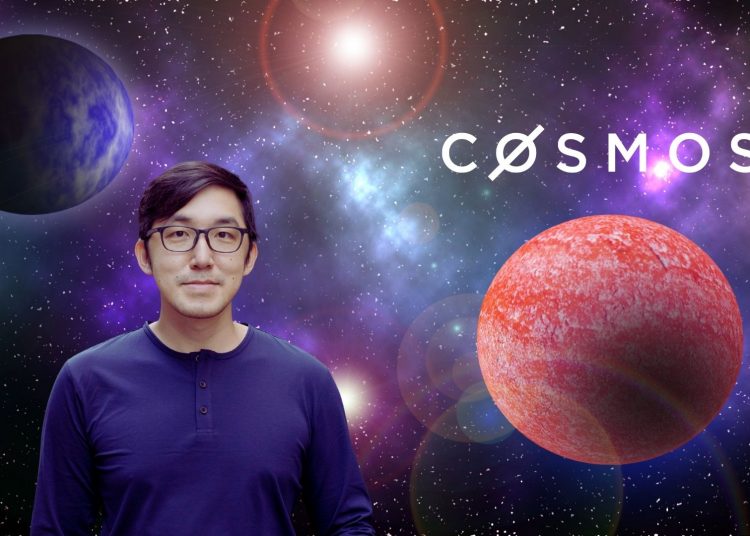 
Cosmos, which aspires to be the “internet of blockchains,” has seen massive growth, with over 260 blockchain projects — including prominent ones such as Binance Coin, Terra’s LUNA token and Crypto.com’s CRO Coin — built using the Cosmos software development kit (SDK). More than US$170 billion is now secured by the Cosmos ecosystem, according to Cosmos.

The Cosmos ecosystem saw a major upgrade in March with the launch of the Inter-Blockchain Communication (IBC) protocol, which allows independent blockchains to connect to each other permissionlessly to exchange data and value. Over 1.7 million cross-chain transactions have occurred between the more than 20 — and growing — IBC-enabled blockchains such as Osmosis, Cosmos Hub and Terra in the last 30 days, according to Map of Zones.

IBC has allowed for the creation of an entirely new cross-chain industry, said Peng Zhong, CEO of Tendermint, a core contributor to the Cosmos ecosystem, in a recent interview with Forkast.News. “We should see probably 30 chains with IBC enabled by the end of this year. I might predict over 200 by end of next year. That’s where innovation is going to be happening.”

Ethereum, the smart contract platform that hosts the majority of stablecoins, decentralized finance (DeFi) and non-fungible token (NFT) protocols, currently has US$170 billion in total value locked, according to DeFi Llama data.

Formerly a web developer, Zhong joined Tendermint in late 2015 as the company’s chief design officer. Since then, Tendermint has gone on to develop Cosmos infrastructure and tools such as the Tendermint Core engine, Cosmos SDK and IBC protocol to help developers and projects build their own blockchains quickly and enable the exchange of data and tokens across blockchains.

The following Forkast.News interview with Zhong has been edited and condensed.

See related article: What is Cosmos — the ‘internet of blockchains’?

Why is Cosmos called the “internet of blockchains”?

Cosmos is an ecosystem of interoperable yet autonomous blockchains that are able to exchange information and tokens between each other permissionlessly.

Cosmos was an idea created by the founders Jae Kwon and Ethan Buchman in 2016, with a white paper that outlined what the Internet of blockchains is. A fundraiser in 2017 was launched by the Interchain Foundation and the first blockchain in the Cosmos ecosystem, the Cosmos Hub, launched in early 2019.

As of 2021, the framework that’s used to build Cosmos blockchains has become quite popular and there are over 250 blockchain projects built with the Cosmos software development kit (SDK). There is a lot of value being built with the Cosmos SDK, but at the same time, up until this year, it’s been value that hasn’t been able to transfer assets to each other since the white paper was written in 2016.

It’s only now, five years later, that Inter-Blockchain Communication (IBC) has been enabled. This was launched on the Cosmos Hub, the first blockchain in Cosmos, in March this year. There are over 20 blockchains built on the Cosmos SDK with IBC enabled and there’s been quite a lot of traffic flowing between these blockchains already.

How does Cosmos compare with Polkadot, a multi-chain ecosystem that has also generated a lot of excitement? Do you see Polkadot as a competitor to Cosmos?

Right now, Cosmos and Polkadot don’t compete, and I don’t see projects that improve on interoperability between blockchains ever really competing.

The main difference between Polkadot and Cosmos is the initial direction that each project took. Cosmos decided to focus on the idea of permissionless cross-chain exchange of data, which allows any Cosmos team to send data to any Cosmos chain. It allows developers to build a new chain today and launch it and send its tokens to the Cosmos Hub, and for the Cosmos Hub to send things like ATOM tokens to this new chain that just got created, that’s all possible in Cosmos today.

What Polkadot started building first was this idea of shared security, which means that it’s not a permissionless ecosystem where anyone can build a new chain and send tokens back and forth between these chains. Instead, it’s a system that has a little bit more order to it, and it does allow with the relay chain, the ability to connect to up to 100 other parachains, but to become a parachain generally, you’re going to need a lot of DOT tokens and to be able to win an auction to become a parachain. That means that in the Polkadot ecosystem as a DOT holder, you have a lot of power in which projects you want to allow to become a parachain and these projects bring a lot of value to Polkadot because it uses the same security. Whereas in Cosmos, people on the Cosmos Hub, ATOM holders, for example, currently have no say in what chains are able to connect to it. So the moment they launch, they’re able to connect to the Hub and back and forth.

With Polkadot of course, there is more value in being part of the relay chain and in being a DOT holder because you are securing all of these other chains. But in Cosmos, we believe that the freedom and the ability for people to build whatever they want and connect it to the network anytime they want will allow for a lot more innovation and growth.

How is security managed in the Cosmos ecosystem?

Right now, every chain has its own security with a set of proof-of-stake validators. On the Cosmos Hub, there are 150 validators that are generally small to medium businesses that run infrastructure for a particular blockchain. Each validator runs the exact same software to ensure that the blocks being created are valid blocks.

There are innovations happening right now, there’s technology being built that will allow for shared security similar to Polkadot, but not exactly the same. For Cosmos Hub, research is being worked on to develop interchain security, which is a protocol that will allow the Cosmos Hub validators to also simultaneously validate another chain or multiple chains.

What is Tendermint and how does it fit into the Cosmos ecosystem?

I joined Tendermint as its first employee in late 2015, and when I joined, we were focusing on the Tendermint consensus protocol for enterprise blockchain. But after we decided to focus on the idea of Cosmos and launching the Cosmos, the “internet of blockchains,” our mission changed to building out the network, creating as much sovereign blockchains as possible and allowing people to control their own network with on-chain governance, but at the same time, be allowed to transfer assets between each other. There is a lot of potential in blockchain to really reshape collaboration and connectivity and decision-making across the world. We’ve seen a lot of examples of this with the chains that are IBC-enabled right now and we see a future where there will be hundreds, thousands, tens of thousands and a million blockchains further in the future and that’s what we’re building towards.

Cosmos was an idea created by the founders of Tendermint, but at the same time, Cosmos is a much bigger idea than can fit in any one company and because of the permissionless nature of our tools and also the open-source licenses that the tools have, there are many companies now that that build with Cosmos technologies that contribute to Cosmos.

What are some of the key features of the Cosmos ecosystem?

At a high level, Cosmos is all about autonomy, sovereignty and scalability. The ability for people to launch a blockchain in Cosmos and also be able to send tokens of the chains permissionlessly is really entirely unique. It means that developers and development teams that are low in capital, who don’t have a lot of money to buy a bunch of tokens of a particular project, can build with Cosmos. I am really passionate about keeping this core value because I’m formerly a web developer and to develop things on the web generally, you can do almost everything for free. This entirely free and permissionless nature of Cosmos is where we see Web 3.0 going.

There are risks in DeFi whether it is in one ecosystem or across chains, as we have seen through the exploitation of a bug in a smart contract or the manipulation of an oracle. Cosmos has been working on IBC for 5 years now and our technology is well-known in the industry for its high standards. Many of the top blockchain projects have been built with Cosmos technology including Crypto.org, Terra, and Binance Smart Chain. Everything we do is fully audited to ensure additional security.

IBC is meant to be a framework-agnostic standard similar to TCP/IP. So just as today, there are many different web development frameworks out there, Cosmos SDK is not meant to be the end-all solution either. As long as a blockchain framework will support IBC, it will allow it to connect to every other IBC-connected chain.

There is a lot of development and research happening with other blockchain ecosystems that may want to adopt IBC as well. So you can consider what sort of potential future is possible if, let’s say, Polkadot adopts IBC. Polkadot uses a substrate framework and if substrate has support for IBC, that means every single Polkadot parachain or even the relay chain are going to send tokens permissionlessly to Cosmos and back and forth. You can even see a future where Polkadot chains can talk to Kusama…