What Is Solana? Melania Trump’s Crypto of Choice for Auctions 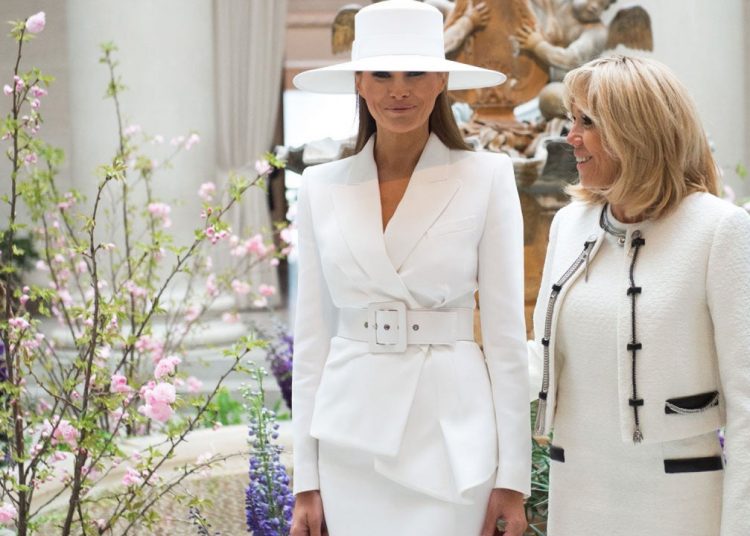 
On Tuesday, former first lady Melania Trump announced that she was auctioning off a hat she wore when she met with French President Emmanuel Macron and his wife, Brigitte Macron, during a 2018 state visit to the White House. The auction also comes with a water color of the hat as well as a non-fungible token (NFT) which will be minted by SOL, The Independent reported.

All three items will be signed by Mrs. Trump and artist Marc-Antoine Coulon. A portion of the money raised will go to will go to her “Fostering the Future” initiative which gives computer science and technology scholarships for individuals who have been in foster care.

Solana describes itself on its website as “the fastest blockchain in the world and the fastest growing ecosystem in crypto, with over 400 projects” including NFTs. The company prides itself on its speed of mining the crypto, saying on their website, “Solana is all about speed, with 400 millisecond block times.” They also like to keep their costs for buying the currency low, saying, “Solana’s scalability ensures transactions remain less than $0.01 for both developers and users.”

Solana is now the fifth-largest cryptocurrency by value, which has increased 6,500% from a year ago, Forbes reported.

However, Solana, like many other crypto companies has been sliding and lost around $1 trillion since November, according to Forbes.

“The bitcoin price has crashed from a peak of almost $70,000 per bitcoin less than two months ago to lows of just over $40,000 today—a decline of around 40%. Meanwhile, other major cryptocurrencies ethereum, Binance’s BNB, solana, cardano and XRP have all lost a similar amount,” Forbes reported.

However, the $1 trillion in losses combined from the companies is being seen only as a “temporary setback” by traders, according to Forbes.

Mrs. Trump’s recent auction announcement is not her first foray into NFTs and crypto.

A Washington Post op-ed called Mrs. Trump’s dip into NFTs as a “grift.”

“NFTs are the new hot thing, although as wits on Twitter are known to point out, investing in a Beanie Baby also once seemed like a can’t-miss bet. Nevertheless, many investors are jumping in without asking much in the way of questions — if they ask any at all,” the Washington Post wrote of the social popularity of NFTs and Trump’s sudden involvement.

Non-fungible tokens have risen in popularity in recent years. An NFT is a digital asset that represents real-world objects like art, music, in-game items and videos, Forbes reported last year. They are purchased and sold online, typically with cryptocurrency.

Printed money and cryptocurrencies are considered “fungible” which means they can be traded in exchange for one another and are considered equal in value. But NFTs are impossible to be exchanged equally, hence being “non-fungible.”

Other NFTs can exist in a variety of mediums like collectibles, virtual avatars, art, GIFs, videos and sports highlights, music, and designer sneakers.

NFTs can have only one owner at a time, making each NFT unique and of considerably high value.