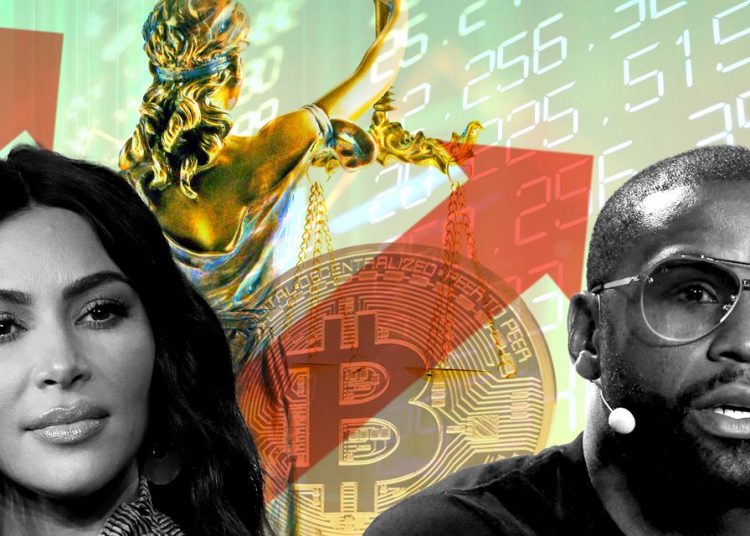 
Celebrities including boxer Floyd Mayweather Jr., Kim Kardashian and former NBA All-Star Paul Pierce are being sued over their roles in an alleged “pump and dump” cryptocurrency scam.

According to the class action complaint from the Central District of California, the celebrities listed as well as the company EthereumMax are being accused of making misleading statements about digital tokens that the company offers.

“The Company’s executives, collaborating with several celebrity promotors, (a) made false or misleading statements to investors about EthereumMax through social media advertisements and other promotional activities and (b) disguised their control over EthereumMax and a significant percent of the EMAX Tokens that were available for public trading during the Relevant Period,” the complaint reads.

EthereumMax is a company that offers ERC-20 tokens on the ethereum
ETHUSD,

network, according to its website. The current price of an EthereumMax token as of Tuesday morning is $0.00000001961, according to CoinMarketCap.

Kardashian touted EthereumMax last June to her over 250 million followers on Instagram
FB,
,
and Pierce posted about how much money he made from EthereumMax “in the past month” on his verified Twitter
TWTR,

“The Promoter Defendants’ improper promotional activities generated
the trading volume needed for all the Defendants to offload their EMAX Tokens
onto unsuspecting investors. While Plaintiff and Class members were buying the
inappropriately promoted EMAX Tokens, Defendants were able to, and did, sell
their EMAX Tokens during the Relevant Period for substantial profits,” the complaint reads.

A spokesperson for EthereumMax told MarketWatch the allegations were part of a “deceptive narrative” about the company and claimed the people who were working on the project last year are different than the ones who are presently involved. Representatives for Kardashian, Mayweather and Pierce did not respond to MarketWatch’s request for comment on this story.

See also: The wild ending to the NFL’s Chargers-Raiders game saved one sportsbook from losing over $10 million

“In my years of representing athletes and celebrities, I constantly advise them that, beyond the legal language in any contract, they should always be sure that they genuinely have an affinity for the product or service that they are endorsing,” Darren Heitner, Professor of Sports Law at the University of Florida, told MarketWatch in an email referencing the complaint. “It is rarely beneficial for someone to enter into an inauthentic relationship with a brand, particularly if that person has accumulated significant wealth throughout his/her career. That is what makes a situation like that concerning EthereumMax so mind-boggling.”

“Assuming the assertions in the Complaint are true, Floyd Mayweather, Kim Kardashian, and Paul Pierce engaged in this opportunity precisely for a pay-day and nothing further. The problem with that is that their fans and supporters oft believe their promotional efforts to be genuine and rely upon their statements, perhaps to their detriment,” Heitner continued.

At the time of Kardashian’s post touting EthereumMax, head of the United Kingdom’s Financial Conduct Authority (FCA) Charles Randell warned that EthereumMax was “a speculative digital token created a month before by unknown developers.” He went on to accuse influencers of fueling the “delusions of quick riches” related to cryptocurrency.

Cryptocurrency markets can be extremely volatile and it’s important to make informed financial decisions when dealing with crypto. Crypto prices are trending lower on Monday and bitcoin
BTCUSD,

prices briefly lurched below key price at $40,000 for first time since September.

Read on: Bitcoin bearish sentiment persists. ‘It’s hard to see when this turns around,’ analysts say.

“It appears to be particularly easy to convince people to spend money on cryptocurrency projects, which makes it more important for athletes and celebrities to conduct thorough due diligence on these platforms before associating themselves with the companies and do whatever they can from being viewed as merely being money-hungry and connected to a pump-and-dump scam,” Heitner said.

Crypto scams are the top threat to investors ‘by far,’ say securities regulators

Coming every Saturday, Hodler’s Digest will help you track every single important news story that happened this week. The...

Sam Bankman-Fried, the CEO of global crypto exchange FTX, said on Saturday, the company plans to expand through acquisitions...

The Back Room: Cash Over Crypto | Artnet News

Every Friday, Artnet News Pro members get exclusive access to the Back Room, our lively recap funneling only the... 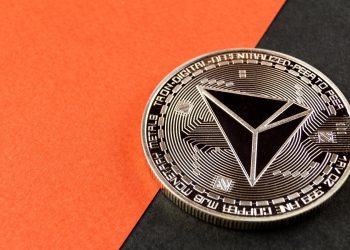 Tron Price Predictions: Where Will the Red-Hot TRX Crypto Go Next?

Tron (TRX-USD) price predictions are a hot topic today. That’s due to the crypto market slipping today. This has...