Cardano And Polygon At Risk Of Freefall | Investing.com

and are in a tough spot after breaching crucial support areas.

The bloodbath in the cryptocurrency market may have no end in sight, and Cardano and Polygon are showing signs of weakness.

Cardano and Polygon On the Edge

Cardano’s ADA and Polygon’s MATIC appear to have entered a new downtrend as market conditions deteriorate.

Cardano suffered a brutal correction in the past 36 hours. It saw its price drop by more than 40%, going from a high of $0.66 to a recent low of $0.38. Even though ADA rebounded to reclaim $0.47 as support, it has room to drop further.

From a technical perspective, the recent downswing allowed Cardano to break out of a descending parallel channel that has developed on its daily chart since September 2021. The breach of the pattern’s lower boundary suggests that ADA has entered a steep 50% downtrend toward $0.28 or even $0.21.

A sustained daily close below $0.47 can serve as confirmation of the pessimistic outlook.

If Cardano can defend the $0.47 support level, a brief upswing to retest the channel’s lower boundary at $0.55 can be expected. But for the mid-term bearish thesis to be invalidated, ADA would have to print a daily close above $0.97. 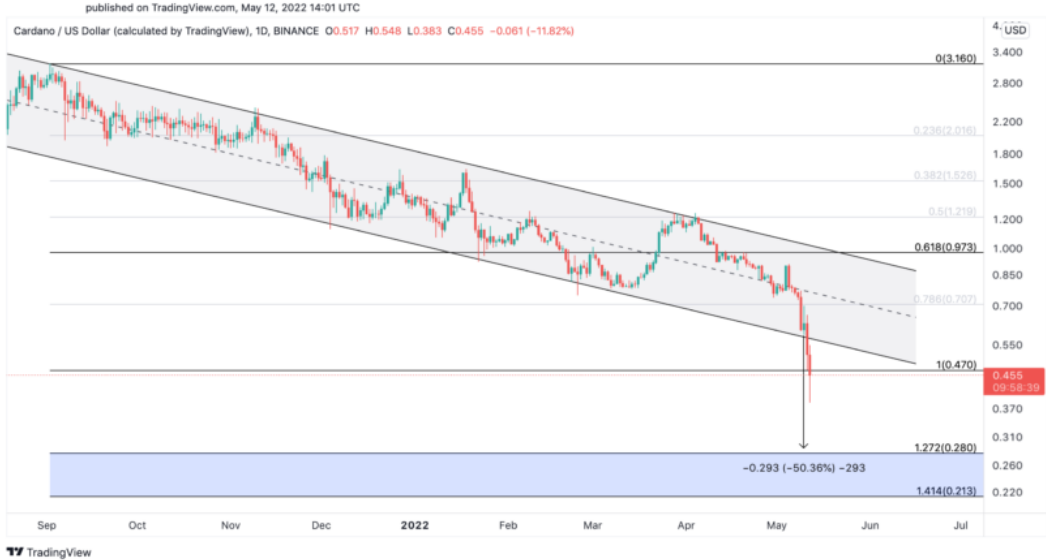 Polygon’s MATIC is another altcoin that appears to have entered a new downtrend. The Layer 2 token recently broke out of an Adam & Even double top that developed on its three-day chart since May 2021.

The 49% correction that MATIC has seen over the past 36 hours allowed it to slice through the pattern’s valley floor at $0.62. Further selling pressure around the current price levels can result in a 78% retracement toward $0.13 or even $0.08.

MATIC would have to reclaim $0.87 to have a chance of invalidating the bearish outlook. 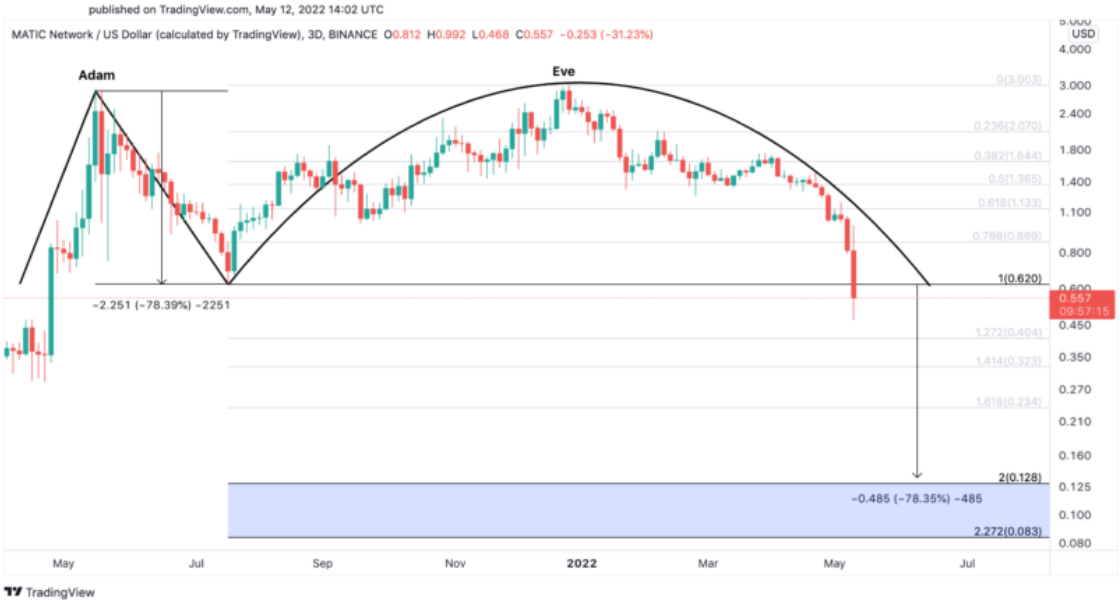 The cryptocurrency market continues to bleed after Layer 1 blockchain entered meltdown mode this week due. UST lost its peg against the dollar, and it is currently worth just $0.46, while the network’s other token, LUNA, is trading at around $0.006. The world’s biggest stablecoin, , also lost its peg early Thursday amid extreme market conditions, dropping to $0.95 and then recovering to $0.99.

Read More:Cardano And Polygon At Risk Of Freefall | Investing.com

Has Bitcoin (BTC) entered the oversold zone yet?