From mainstream media to the most niche corners of the internet, crypto and the entire language of related terms that have sprung up alongside the investing phenomenon are everywhere.

No matter how much you know or don’t know about cryptocurrencies and the technology that underpins them, this jargon can make a challenging subject even harder to understand.

We’ve put together a glossary of common terms you’re likely to come across to make crypto easier to get your head around, whether you’re looking to invest or not.

Altcoin –  any cryptocurrency other than Bitcoin.

Buy the dip – the notion of buying cryptocurrencies when prices have fallen in order  to reap the benefits when they rise again.

Blockchain – the underlying technology on which cryptocurrencies operate. A blockchain is essentially a complete ledger of transactions held simultaneously by several people on a computer network. Read more about blockchain here.

Cryptocurrency – a digital form of currency that can be traded for goods, services or other currencies. Transactions are verified and recorded using cryptography by ordinary people, rather than a centralised authority such as a bank.

Cryptography – a computer science method of keeping information secret and secure by scrambling it into indecipherable information. The information can only be decrypted and read with the necessary key.

Defi – short for decentralised finance. Finance is traditionally centralised because it relies on intermediaries. For example, if you want to send money to a friend or relative, you rely on your bank to send it to the recipient’s bank. Defi requires no intermediaries, with participants able to send and receive assets directly. In theory, this makes transactions faster and cheaper.

DAO – decentralised autonomous organisation. A DAO is a group of people who work together towards a shared goal and abide by rules written into the project’s self-executing computer code. Bitcoin (the project, not the currency) is an example of a DAO.

Distributed ledger – in traditional finance, an organisation such as a bank holds a ledger of all its customers’ transactions. In defi, the ledger is shared and synchronised among users in different locations around the world. A blockchain is an example of a distributed ledger.

Double spend – If you handed a shopkeeper £5 for a sandwich, you would no longer own the £5 and couldn’t spend it again, and sophisticated anti-counterfeit measures prevent people from making copies of physical currency. Even with digital transactions, central authorities such as banks can secure and check their ledgers to verify the legitimacy of a payment.

However, digital information can be copied. In theory, a single Bitcoin could be copied 100 times and spent 100 times. A distributed ledger such as blockchain prevents this.

When you send a Bitcoin to someone, you destroy your version of it and create a new version for the recipient. Both destruction and creation are recorded on everyone’s copy of the ledger, preventing you from claiming you still own the spent coin and trying to spend it again.

Exchange – A website or app that allows users to buy and sell crypto assets.

Encryption – The process of making digital information into a form that prevents unauthorised access. If you use a password to access a website, the site should be encrypting it so that it is of no use to hackers if stolen.

Fiat – refers to traditional, state-backed currencies like Sterling, euro and US Dollar.

Fork – a fork occurs when a community makes a change to its blockchain’s governing protocols. The change marks a forking-off from the previous iteration of the blockchain in a new direction.

Soft forks involve iterative changes to the blockchain’s rules that can be considered as an update only. Hard forks are when changes are so significant that the new version is incompatible with the old version and stands apart from it.

Gas – Transactions on the Ethereum network carry a fee. For every transaction, users must pay an amount of the native Ethereum currency ether (ETH). This fee is referred to as gas. Gas is used to reward Ethereum ‘miners’ (see ‘mining’) for the energy they use validating transactions. Gas also serves as a deterrent against malicious users.

Hash – A hash is the result of a piece of data being put through a special algorithm. A hashing algorithm essentially compresses data of any size down into an almost-unique alphanumeric string of text.

Change just one letter in the word Forbes, or one word in the song’s lyrics and you’ll get a different hash. This can be useful for identifying when some data has been changed.

This is important in crypto because a blockchain is an immutable record of transactions. Cryptographic hashing will flag attempts to change something, even when there are huge amounts of data.

If someone tried to alter a transaction in a block on the blockchain, they’d have to alter every consecutive transaction too, since each transaction refers to its predecessors. This makes cheating practically impossible.

HODL – This meme became the rallying cry of crypto holders who wanted to encourage others to keep the faith as prices fell. It stems from a misspelling made by a Bitcoin forum user in 2013, in which they declared: “I AM HODLING”. The term has been retrospectively turned into the acronym Holding On for Dear Life.

Hot wallet – Online storage for cryptocurrencies, provided either by an exchange or a third party. Since storage is online and accessed with passwords, hot wallets are a target for hackers. However, hot wallet operators can help users regain access to their assets if they lose their access codes.

Cryptoassets are highly volatile and unregulated in the UK. No consumer protection. Tax on profits may apply.

ICO – an Initial Coin Offering (ICO) is the cryptocurrency equivalent of an Initial Public Offering (IPO). It offers investors the opportunity to back a new crypto project.

Ledger –  a record of transactions, including times, dates, senders and recipients.

Market Capitalisation/Cap – the total value of a cryptocurrency. At the time of writing, all cryptocurrencies combined had a market cap of $1.3 trillion.

Mining – crypto mining is the process of verifying cryptocurrency transactions using computer hardware. Bitcoin miners are volunteers motivated by the chance to earn an amount of newly minted Bitcoin. In doing so, they collectively validate transactions on the blockchain and prevent double spending.

Mining involves guessing a 64-character hash, of which there are trillions of possible combinations. The more computing power you have, the more guesses you can make within each ten-minute timeframe and the greater your chances of earning new Bitcoin.

Mining requires graphics cards or ASICs. The amount of computing power necessary to mine crypto increases over time, and is now so immense that it’s no longer practical for home PC users. Instead, mining is now the preserve of companies dedicated to it.

Memecoin – An altcoin based on a meme, which is a kind of inside joke in the form of an image that’s repeatedly altered and shared online. Dogecoin is a memecoin based on this meme.

Node – A computer or device connected to other computers or devices that all hold a copy of a blockchain. Each node supports the network of nodes by sharing information and validating transactions.

P2P – Peer to peer. Refers to a transaction between two people without an intermediary or central authority involved.

Private key – A private key is essentially the password to your crypto holdings. It’s an impossibly long number that’s practically impossible to guess. You authorise a transaction by signing it with a hash of your private key that only you know. Your corresponding public key can be used by others to verify the authenticity of a transaction.

Public key – The public-facing address of your crypto wallet. To receive funds into your account, you have to share your public key. If a private… 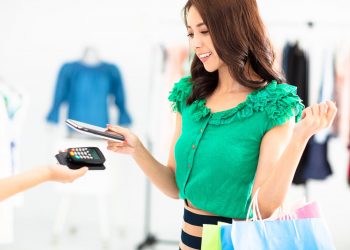 The cryptocurrency market burned a lot of investors over the past year as rising interest rates drove investors away... 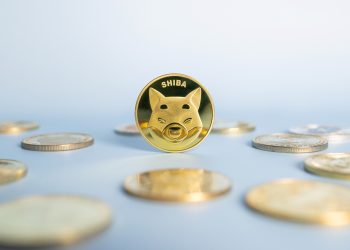 What Is ShibaSwap? A Complete Guide

salarko / Getty Images For a person entering ShibaSwap for the first time, it can be difficult to get... 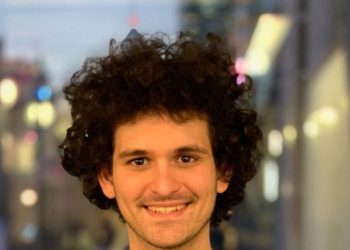 By John McCrank and Megan Davies(Reuters) - Sam Bankman-Fried, head of one of the largest cryptocurrency exchanges, FTX, said... 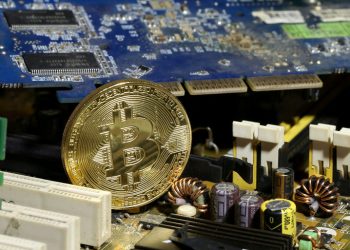 Will Bitcoin Take 5 Years To Hit a New All-Time-High? By CoinQuora

© Reuters. Will Bitcoin Take 5 Years To Hit a New All-Time-High? There is a renewed optimism in price...