How Pune police personnel reskilled themselves to tackle crypto crimes

WITHOUT ANY technical support or expertise, Pune police officers recently swooped in on a major cryptocurrency scam, tracing crypto-wallets containing 237 bitcoins worth Rs 533 crore. But it did not come easy for the team.

Blockchain technology is said to be anonymous, but Bhagyashree Navtake, deputy commissioner of police of Pune’s cyber cell, used the same technology to nab the crypto-scammers. “The most beautiful aspect of blockchain is that every transaction is recorded on a distributed database—and is immutable, meaning it can neither be changed nor modified,” said Navtake.

Navtake, an IPS officer of Maharashtra cadre from Latur, was transferred to the Pune cyber cell in October 2020. Little did she know about the world of crypto as crime in this field of the cyber world were rising. “After I joined as DCP cyber cell in Pune, a major crypto scam came to light,” she said referring to the Bharadwaj case in which two cyber experts were arrested for stealing cryptocurrency while helping the police in two crypto-scam cases in 2018.

In 2018, a Special Investigation Team (SIT) from the Economic Offences Wing (EOW) of the Pune police investigated two of the several cases linked to a cryptocurrency Ponzi scheme registered in the country at the time. Among the 17 persons arrested were the mastermind and brothers Amit and Vivek Bharadwaj. The brothers, through their multiple companies, allegedly cheated thousands of people across the country by promising high returns on cryptocurrency investments.

The cybercrime cell had, on March 12, 2022, arrested two experts — Pankaj Ghode, 38, and Ravindranath Patil, 45, and an ex-IPS officer of the Jammu and Kashmir cadre. Ghode and Patil had helped the SIT of the Pune police during the probe of two multimillion-dollar bitcoin Ponzi scheme cases in 2018.

The police alleged that Ghode and Patil diverted a significant chunk of cryptocurrency funds from the wallets used by the accused in the 2018 cases to their own and their accomplices’ wallets. The two are alleged to have prepared forged screenshots of the blockchain wallets to funnel the cryptocurrency. 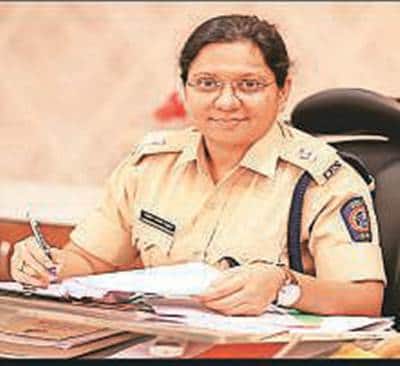 Tracing crypto wallets was the most challenging aspect of the case. “Blockchain is fairly a new technology, unlike other cyber crime which can be cracked either via brute force or via password breaking mechanism, but crypto wallets are tough to crack,” Navtake told The Indian Express.

Cryptocurrencies are stored in crypto wallets. These wallets can be offline (hardware) or online (web). Crypto wallets can be accessed only via something called a private key—the crypto equivalent of a passcode. What makes crypto wallets indestructible is the underlying blockchain technology which is secured via cryptography, meaning that it is encrypted and cannot be hammered down via any technology.

“Most cybercriminals exchange their digital assets on major cryptocurrency exchanges—and this could be Binance, Coinbase, WazirX, etc. These exchanges have a lot of trading volume, which makes it easier to facilitate trades,” said Navtake.

The above mentioned exchanges are KYC compliant, so users will have to submit their KYC documents and some of them also track IP addresses, which can make it easier to trace down the crypto-thieves.

But, without any technical guidance, it is impossible to crack down on wallets. “I started reading on crypto every day—understanding what blockchain is,” said Navatake, adding that her engineering education gave her an edge in understanding crypto.

Without any external help, her team of inspector Ankush Chintaman and sub-inspector Angat Nemane, who is also a computer engineer, learnt about crypto from the scratch, and gained some knowledge about blockchain tools to trace wallet addresses. She mostly learnt everything online. “We did approach a few wallet retrieval companies. But we couldn’t afford to spend Rs 2 to 3 crore just on some blockchain tools… So, we had no choice but to take matters into our hands,” she said.

The IPS officer started tracing the sources of funds. The fund was exchanged from WazirX. “Upon contacting WazirX, we could obtain the KYC of the individuals and that is how we retrieved Rs 6 crore worth of cryptocurrencies in Ethereum, Ripple and four others,” she added.

It all now circled back to tracing crypto-wallets containing 237 bitcoins, which have been identified by the cybercrime branch, but retrieval is the most difficult procedure.

Navtake said the accused getting bail is a major roadblock in such cases. “The accused comes out on parole—and immediately transfers all the funds to different wallets. This becomes quite problematic for us.”

The accused in the Bharadwaj scam case had kept most of the crypto in hardware wallets. “He won’t give away his private key to us. The investigation is being done—and we are in the process of retrieving the hardware wallet as well.”

‘Stringent law is a must’

Navtake has been training her team on blockchain recovery tools. She wants every investigation agency to have a specialised blockchain team, because “crypto scams will only increase in the future.”

“Without stringent law, and regulations, it becomes excessively difficult to catch crypto criminals,” she told The Indian Express.

One of the most challenging aspects of any crypto investigation is whether the wallet address comes from a foreign country. “Crypto scammers are sending their assets to different wallets based in Russia, Korea etc. How do we catch these people?” she asked. Due to regulatory challenges, Navtake said the cyber police team were only able to charge the accused under Sections 409 and 467 of the Indian Penal Code. “If we had a stringent crypto law, we would be able to press even stringent charges against the accused,” she added.